Mr Pict and I do not often get any entirely child-free couple time.  In fact, it is as rare as hen’s teeth that we get some alone time.  Having grandparents on the premises to provide babysitting was, therefore, an opportunity so when they offered to look after the kids so we could spend a day together we were very grateful.  It is not that we do not love being with our kids, of course, just that it is equally important to remember that we were a couple before we were parents.

The kids had shown more interest in spending a day in the swimming pool than go exploring nature so we decided to spend the day searching for wildlife.  We drove out to Merritt Island wildlife reserve, which is near Cape Canaveral, as we felt that gave us the best opportunity to see manatees in December. 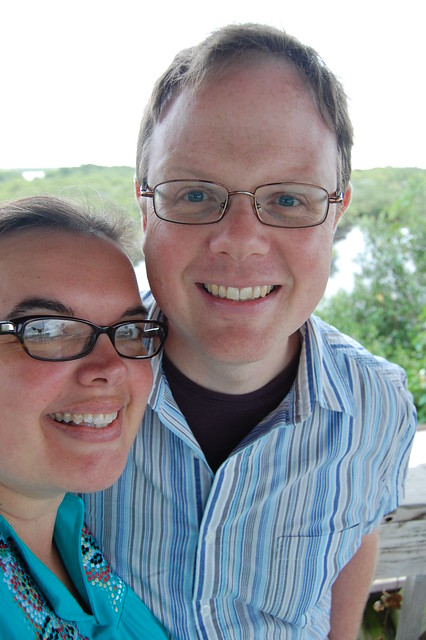 Our first wildlife encounter was with a vulture.  I actually see vultures fairly frequently in Pennsylvania as they like to munch on roadkill.  The first time I saw one was quite arresting.  Used to seeing carrion crows muzzling into splattered beasts, it was strange to drive past something so large doing just the same thing.  A few months ago, I even had to drive around one vulture who was in the middle of the road, refusing to budge from the squirrel remains that were forming his breakfast.  The vulture I spotted on our wildlife excursion was similarly undeterred by my presence.  I was able to get quite close to him before he flew off into a nearby tree.  My eyes following him upwards, I noticed that there were a lot of vultures circling low in the sky.  I hoped it was not us that they had their eyes on. 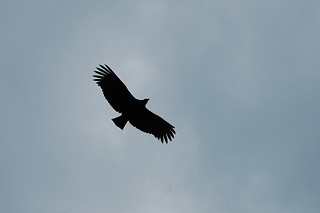 Taking a stroll out along the shoreline, we spotted something large and dark emerge briefly from the water at some distance from us.  Could it possibly be?  We stopped and stared and watched as the same shapes emerged, submerged and re-emerged several times.  Rounded head.  Large, flattened tail.  Flippers.  Yes!  It was!  It was my first wild manatee.  I watched, delighted, as it continued to frolic in the water.  It was frustrating not being able to get close enough to see any of the detail of this wonderful, bizarre creature but it was still completely magical to encounter, even at a distance, this rare creature. 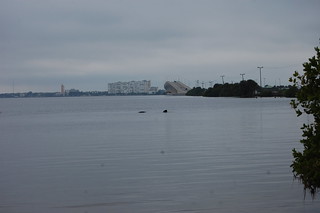 We then headed to Black Point Wildlife Drive, a seven mile long, one way drive through marsh land.  We duly paid the $5 into the honesty box, picked up a guide leaflet and set off on the winding road in a slow moving wagon train of at least a dozen other cars.  The cars would the piggy back as each group of people decided to pull over to get a closer look at something.  A good indication of whether there was something especially interesting to see was either if there were a whole herd of cars parked up together or if someone suddenly swerved to the side to pull over.

The whole place was a haven for birds.  There were loads of them to see wherever I looked.  There were several varieties of heron, piercing their beaks into the water’s placid surface to spear an unsuspecting fish; there were crisply white egrets, their feathers fluttering like dancing snowflakes in the breeze; there were hefty wood storks, stalking through the water on their long legs, their heads bald and scaly, their bills curving like a cutlass; pink-hued roseate spoonbills waded in lines, one after the other, their bills comically bizarre; there were coots all over the place, darting between the other birds, hither and thither, and then gathering together as one massive swarm. 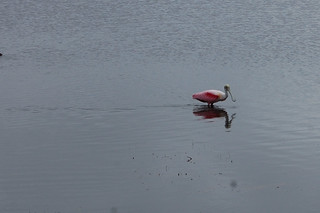 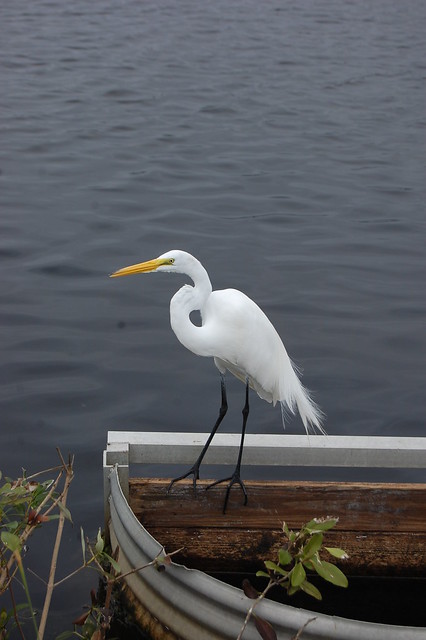 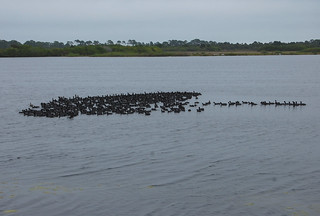 Excitingly, we also saw a couple of alligators.  Both were submerged in the water, either moping around, listless, feeling the ennui of being an apex predator, or else lurking around awaiting an ambush opportunity.  It made them difficult to photograph but it was fantastic to be able to see them so close and witness their behaviour, especially as one slowly slipped beneath the surface, disappearing into the murk, leaving not a ripple behind him to betray his presence. 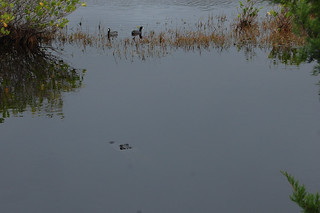 We had undertaken some research to find out where we were most likely to see a wild manatee in December.  We, therefore, headed to the Haulover Canal on the Indian River.  According to a sign, this is actually the site of a centuries’ old crossing on a narrow point of the river.  Native Americans and Spanish settlers would haul their canoes and boats over the strip of land and across the water, hence the name “haulover”.  It was dug out, by slave labour, and turned into a canal in the 1850s.The fact that the site has a designated manatee observation deck was a very promising start and, sure enough, no sooner had I set foot on the deck and looked down at the shallow water below than I spotted a large manatee.  Practically bounding and leaping, I followed the manatee along the shoreline until I was almost in reaching distance.  I was so close I could see the thick, wrinkly looking texture of its skin, the barnacles encrusting it, and the spade like tail casting flukes on the river’s surface each time it briefly submerged.  I was over the moon.  Completely exhilarated.  The manatee stuck close to the shoreline where I had stationed myself for a good few minutes before swimming out beyond the tree line and beyond anyone’s line of sight.  Perfect timing.  Had I arrived at the deck a few minutes later, I would have missed out on this incredible encounter.  Mission well and truly accomplished. 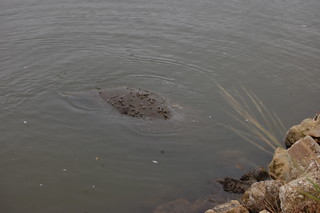 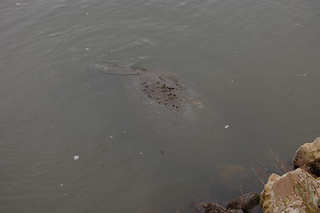 It was mid-afternoon at this point and neither Mr Pict nor I had eaten so we headed into Titusville to see what our dining options were.  In the end we plumped for Sonny’s Pit BBQ, a regional chain.  We started with bowls of fried okra and corn nuggets.  I absolutely adore fried okra and this was the best I had ever had.  It was fresh and crisp and completely delicious.  I had never had corn nuggets before.  They were essentially balls of creamed corn, breaded and fried so that they had crisp exteriors and melting, molten interiors.  Mr Pict was in carnivore heaven so he ordered a sampler plate so he could have a taste of everything.  All the major food groups were represented: cow, pig and chicken.  He pronounced everything to be entirely delectable.  I had the lunch sized portion of pulled chicken with cornbread, coleslaw and fries.  It too was very tasty and succulent.  I doused mine in sweet hot barbecue sauce which made it sing.  Our one criticism of the food was that it could have been served hotter as we both found our food to be lukewarm. 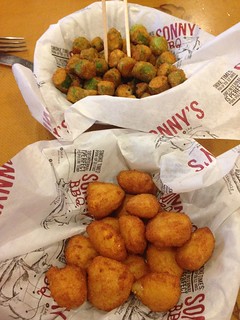 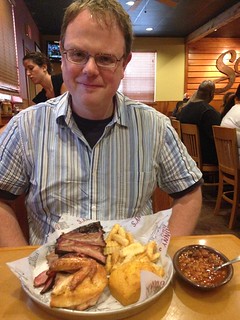 That ended our child free day of wildlife spotting.  We headed back to the villa to find that fire ants had invaded our en suite bathroom.  I was bitten on the legs by the little blighters.  That was absolutely a wildlife encounter I could have done without.