Just a brief drive from our hotel was the Beckley Exhibition Mine.  I have been in several coal mines but never an American one and the kids had never been in a coal mine at all.  West Virginia is famously a coal mining region so it seemed like the ideal place to go and visit. 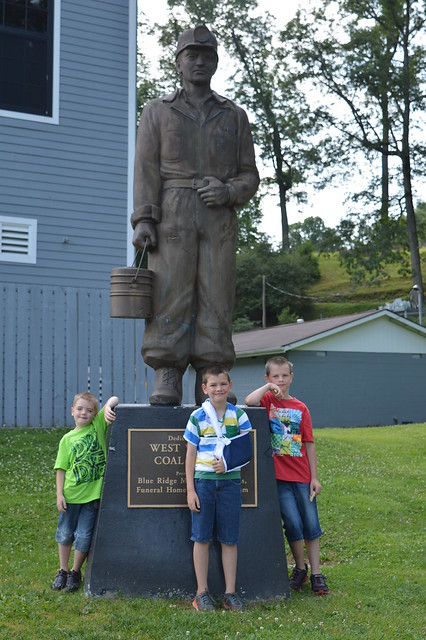 We started with a mine tour led by a brilliantly engaging former miner named Roger.  He had immense knowledge about coal mining, of course, but also wonderful patter, anecdotes galore, and great regional idiom.  I could have listened to Roger talk for hours on end.  We clambered aboard rickety trailers and were pulled through the chilly dark mine.  At various points, the trailers would come to a halt and we would be shown and taught some aspect of the mines.  For instance, we were shown the various and evolving methods for monitoring and managing deadly gases and oxygen levels in the shafts and seams.  We also learned about kettle bottoms, pieces of petrified wood that might fall dangerously from the roof.  Having seen petrified wood (and I own some as a memento of my visit to Arizona’s Petrified Forest) I had never considered that the below surface wood might present a subterranean hazard.  The kids also learned about piece work payments and the pittance payed being reduced further by being issued partly in scrip that could only be used in the company store, over and above the rent for tied housing.  We also learned about mining accidents and the fact that widows had five days to find a new miner husband or else be evicted.  We saw scooters that were used to ride the rails and were later used by miner’s children as toys.  Roger also showed us an example of a miner’s metal lunch pail, all compartmentalised like a bento box, with water in the bottom to slake thirsts.  We were advised that putting granny’s false teeth in the pail would stop the water being pinched. 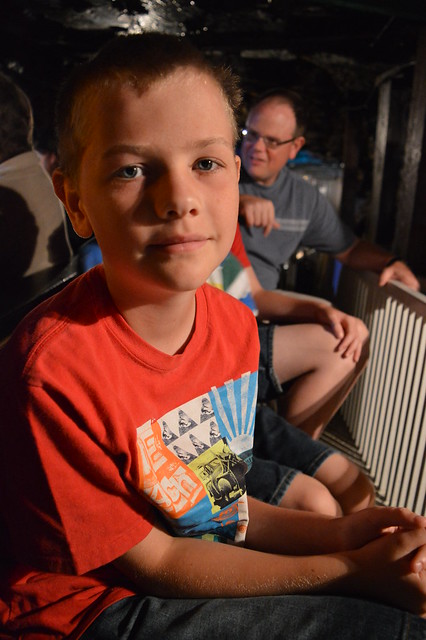 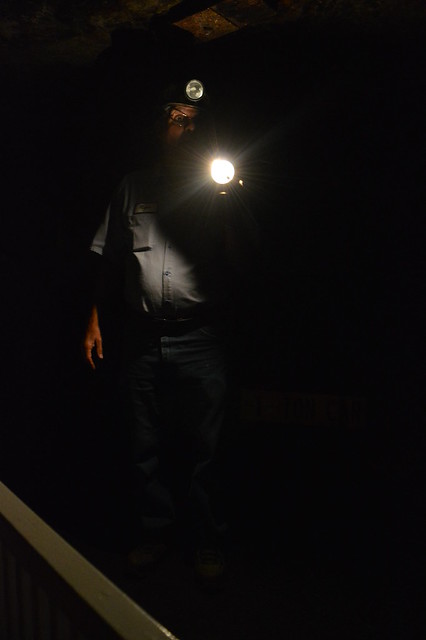 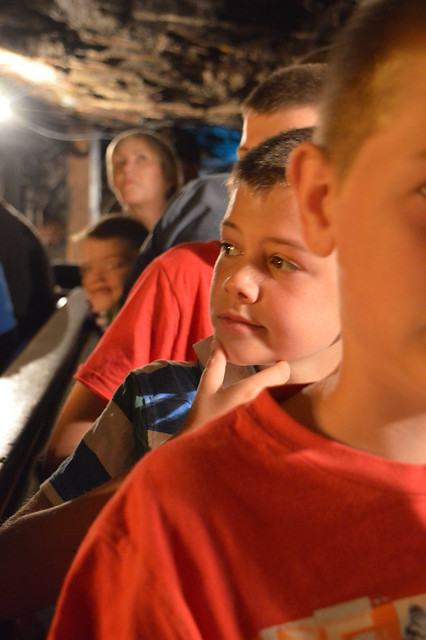 The site contains – in addition to the mine – authentic buildings from mining camps around West Virginia relocated and reconstructed on site.  We first visited the Superintendent’s house.  It was surprisingly spacious and looked quite comfortable.  While the contents were sold as vintage and from a bygone era, I smiled in recognition at many of them since my Grandad was still using a mangle, for example, well into my childhood.  The boys were particularly taken with the one room school house.  The volunteer docent in that building was vivacious and bubbling with information.  The boys chuckled at her tales of dipping girls’ pigtails into ink wells, getting the paddle, and the dunce corner.  They also liked seeing the quills, water crock and heating stove.  As a former teacher, I had to have a go and being the mining camp teacher while my kids played the role of school students.  It was great fun. 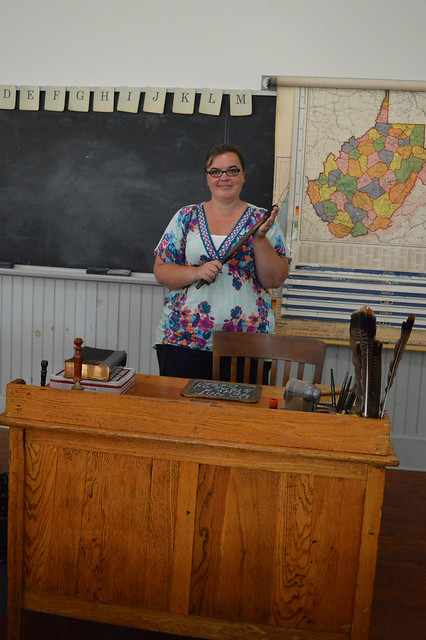 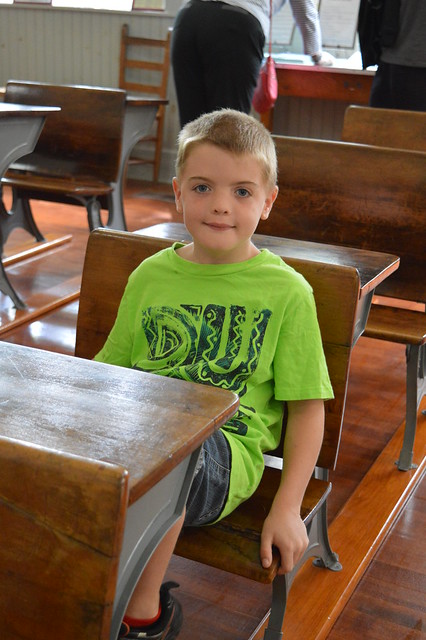 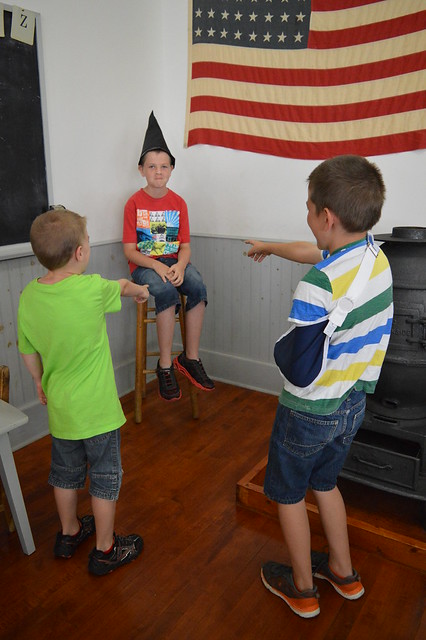 Next we headed to the tiny bachelor house.  It really was no bigger than a decent sized shed.  It looked comfy enough in a compact bedsit sort of a way but one could appreciate the incentive to marry and graduate to a larger property.  This was represented by the adjacent three room miner house which was decorated in 1930s style.  The kids had fun playing house and swinging on the veranda.  We finished our tour of the mining buildings in the church.  I liked it for its simplicity.  The kids pretended to deliver sermons and play the organ. 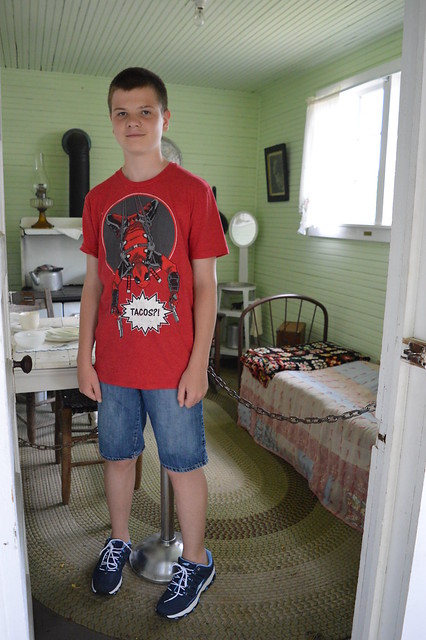 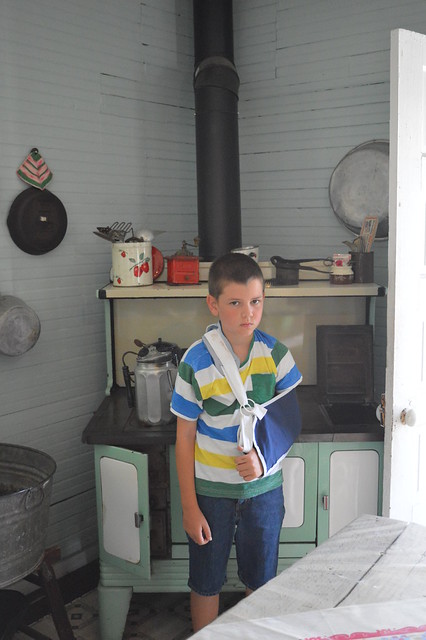 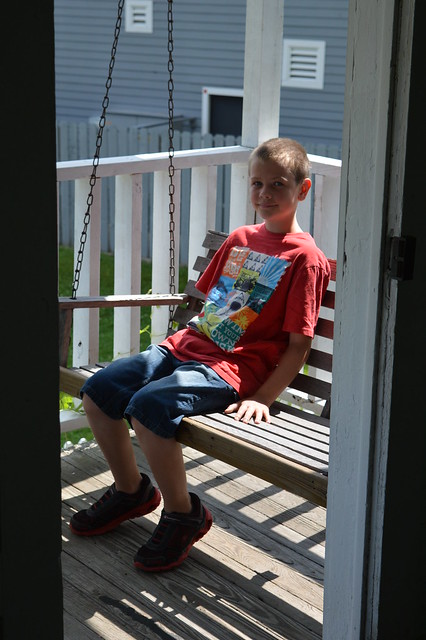 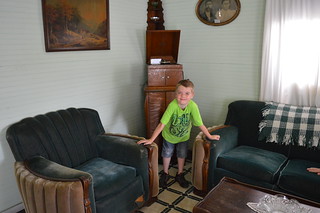 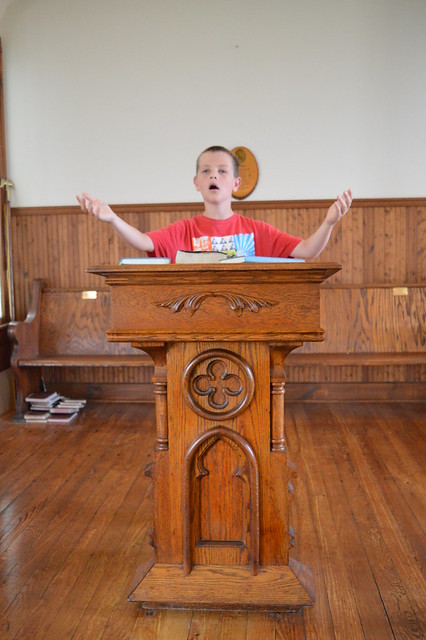 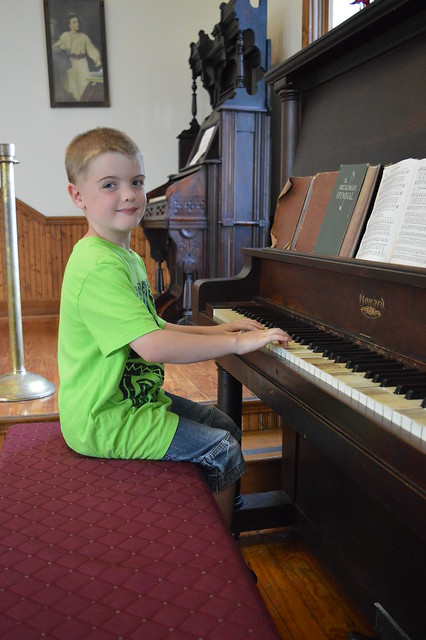 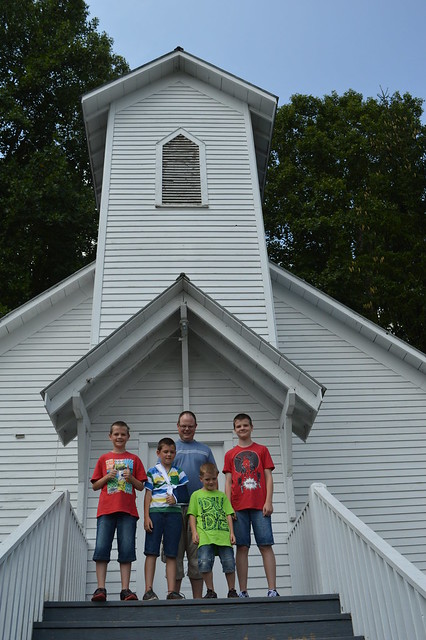 Also on site, housed in cabooses, was a Children’s Museum.  We almost skipped this, mindful of time, but were very glad that we decided to pop in because it was an absolute hoot.  For some reason, the theme was the Wizard of Oz.  I have no clue what the connection to either mining or West Virginia was but as Oz fans the kids and I cared not.  There were loads of fun activities for the kids – they could act out the Oz stories using puppets or costumes (scripts supplied), click their heels in magic slippers, create a tornado, do target practice with flying monkeys, rebuild the scarecrow, and play with mirrors – and the latter had everyone howling with laughter. 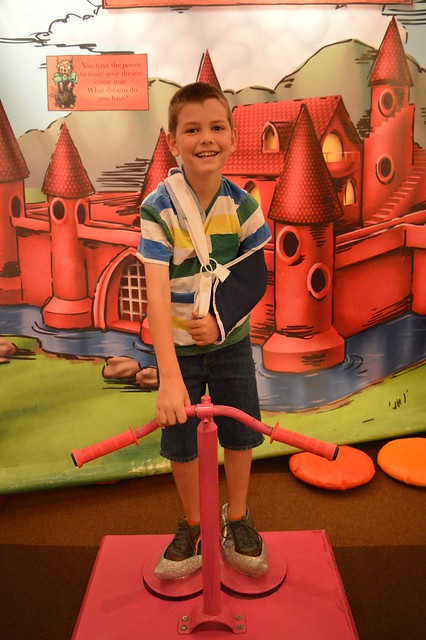 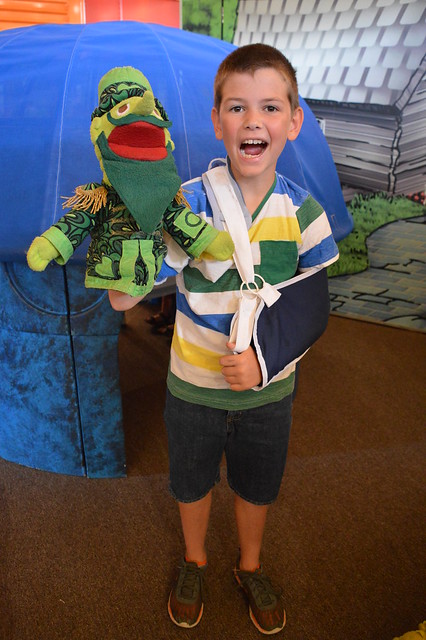 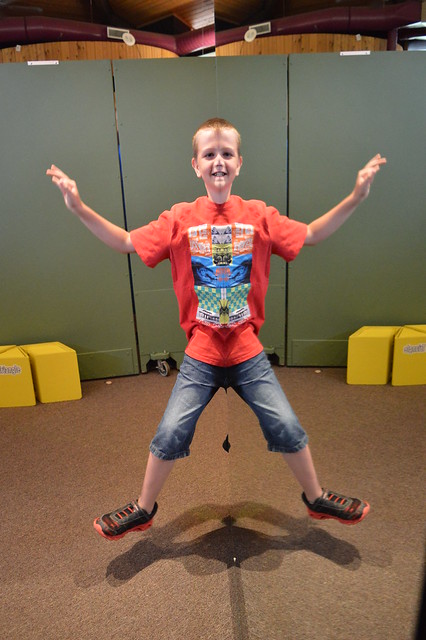 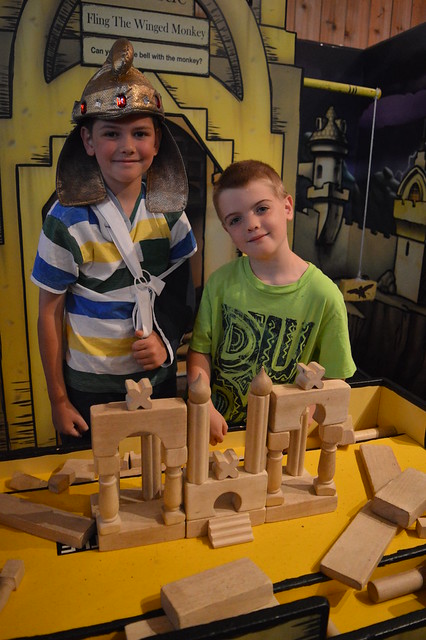 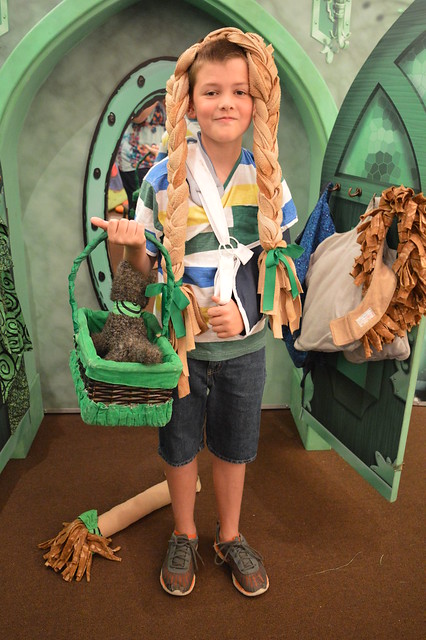 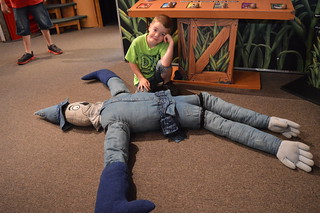 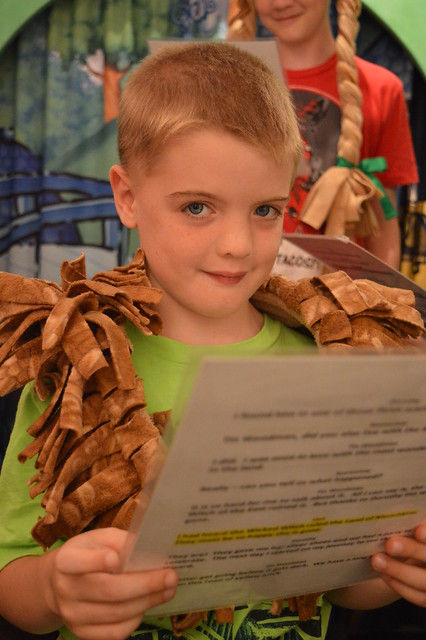 The Beckley Mine was one of the highlights of our road trip.  We had actually rather expected it to be a bit of a detour between other activities but it was thoroughly interesting and engaging.  We all got something from it and we all had immense fun.  My 10 year old even made an inchworm friend. 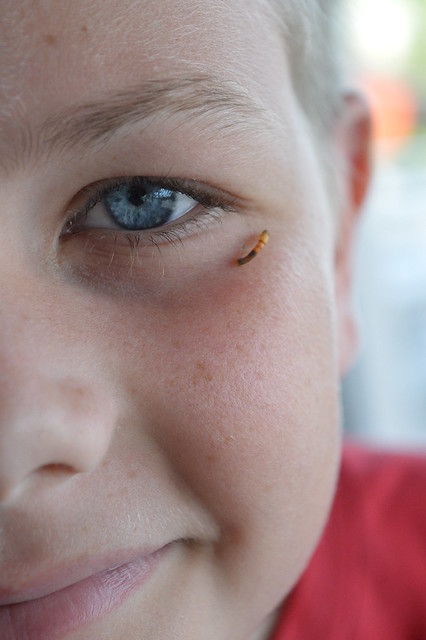