One of our Summer “pot luck” activities involves each boy learning to bake a recipe of their choice. 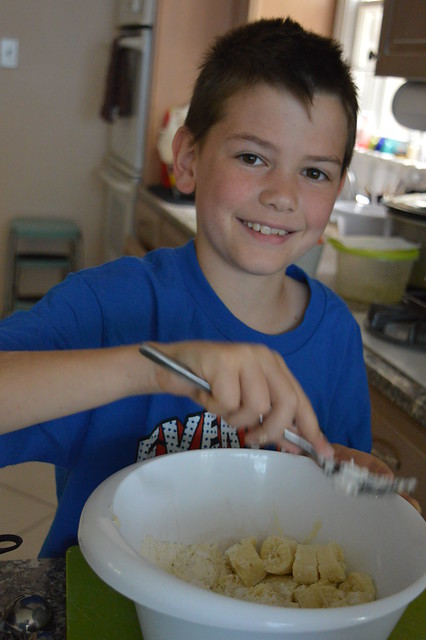 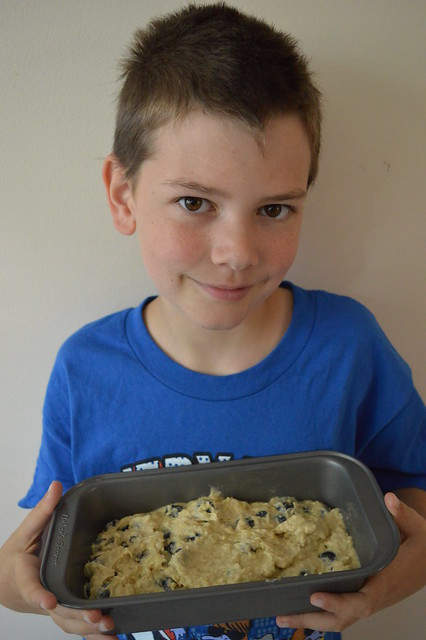 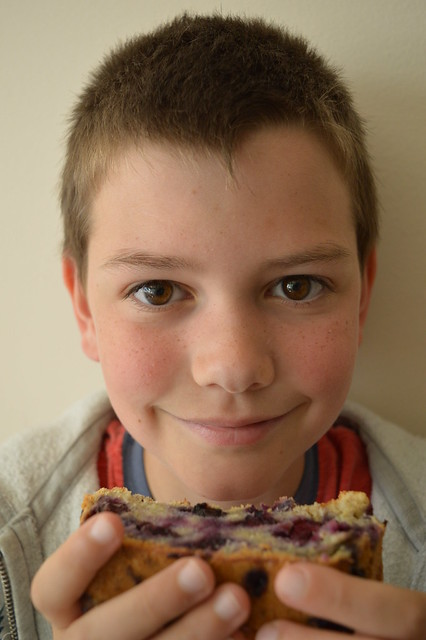 Next to bake was my seven year old.  He elected to make Dulce de Leche chocolate cake from the Hungry Mum blog.  Last time I made it, it was no chocolatey enough – though still delicious – but I have since got my hands on some better, more robust cocoa which made all the difference.  My youngest did not have his patience tested making the actual dulce de leche: I already had one in reserve as I boil up several cans at once to speed baking up and then store them, labels off, ready for use.  He was a great little pastry chef and followed the instructions given.  His reward was getting to lick the spoons and bowl clean.  We did end up overfilling the loaf tin but, since it was silicone, happily it expanded during cooking to accommodate the expanding cake batter.  It was scrumptious and very sweet. 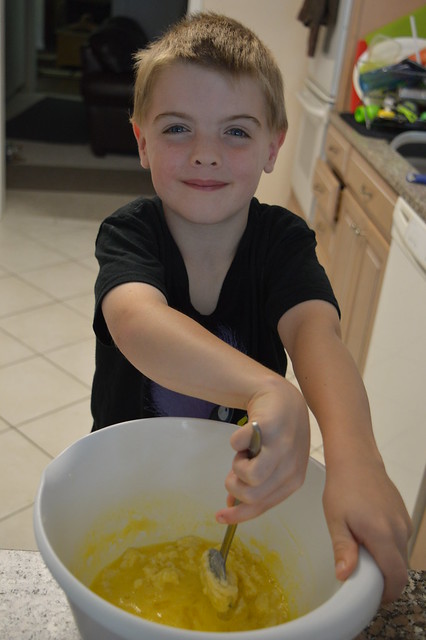 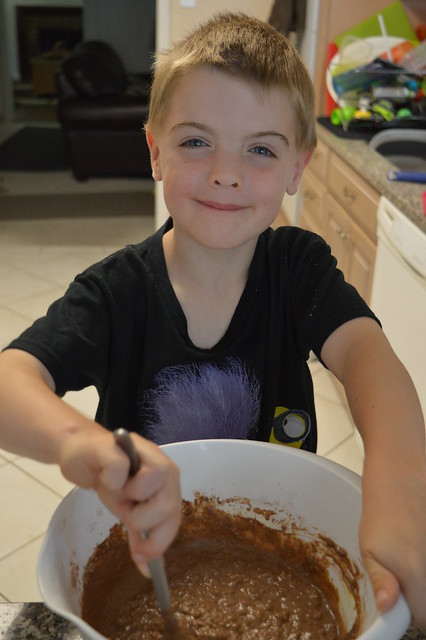 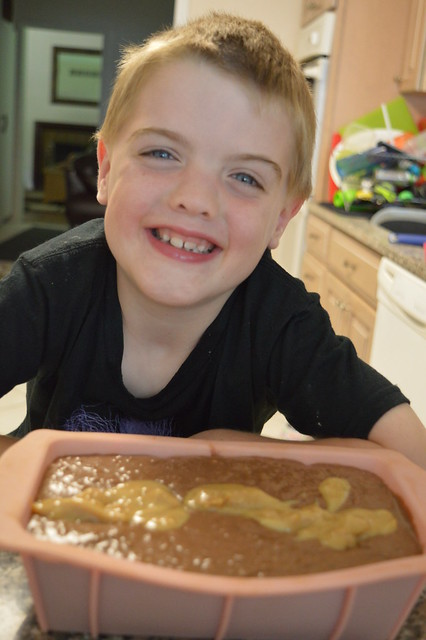 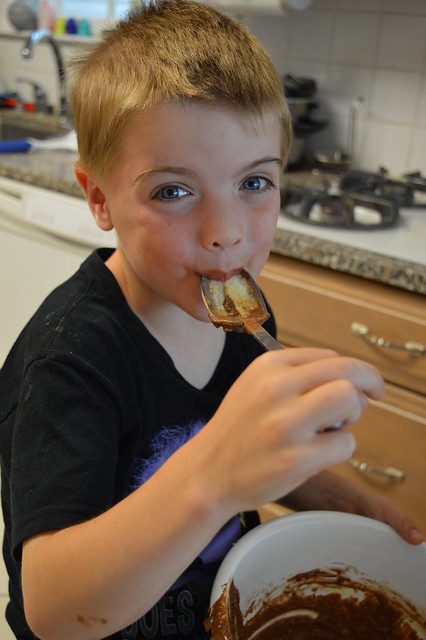 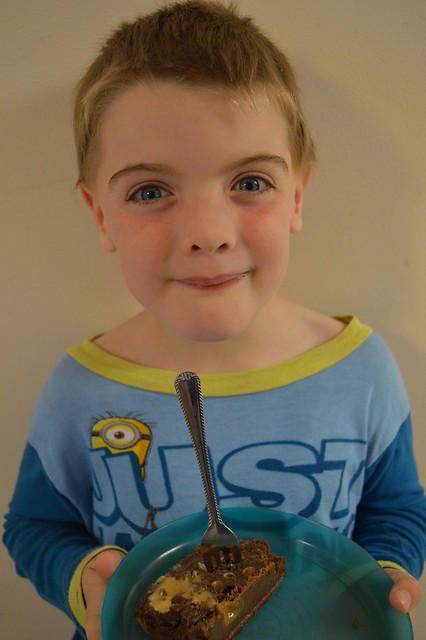 My 10 year old chose to make Tablet.  Tablet – if you have not hear of it – is an incredibly sweet Scottish confection made from milk, sugar, and condensed milk.  It is so sweet it makes teeth scream and gums cry.  I do not, therefore, make it very often.  However, I made some for my ten year old not so long ago as he was delivering a presentation to his class all about Greek mythology and decided that they should sample Tablet as a stand-in for Ambrosia.  Imagine Zeus nibbling on Tablet?

Tablet is actually pretty simple to make.  The real hassle is that it requires constant stirring for up to half an hour.  The kids got fed up of stirring a pot of very hot sugary goop after approximately five minutes.  This cooking stuff is hard labour, don’t you know! 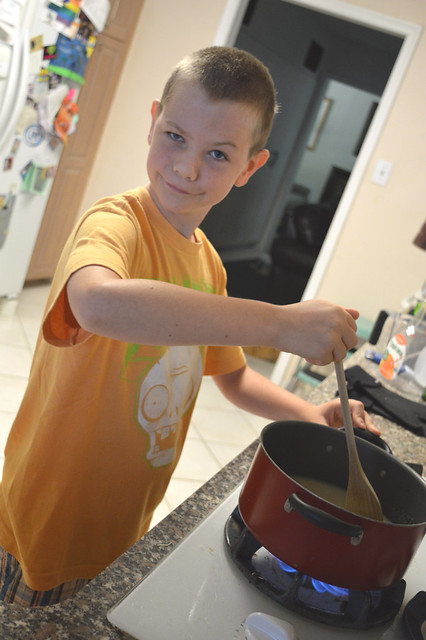 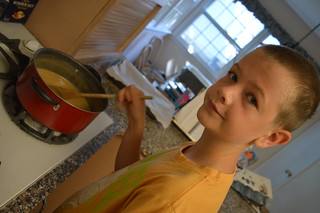 It turned out we went a bit awry in our process (I said it was simple but apparently it is not foolproof) and probably let the sugar boil into too much of a syrup.  The result was that when the tablet set it did so in a way that was still sticky rather than it becoming firm and smooth like fudge.  Never mind.  Since this batch could not be eaten as a bite size snack, we just had to turn it into dessert and serve it with vanilla ice cream. 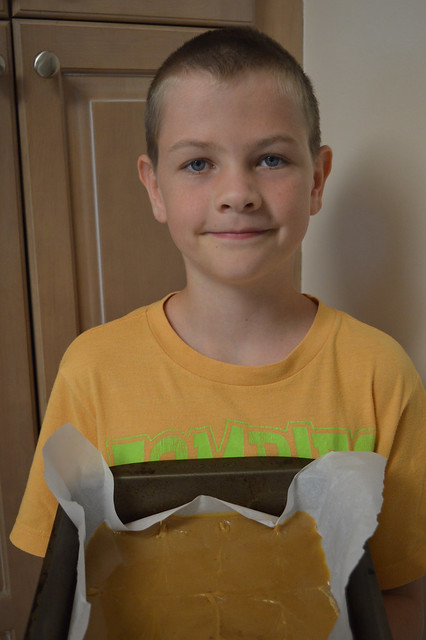 Last but not least was my 13 year old son.  Since he is older and a little more experienced, I selected a slightly more complicated recipe to work through with him.  We made Browned Butter Chocolate Chip Cookies, a recipe I found on Cooking is My Sport.  We found it a little challenging because I don’t own a mixer so we had to do everything by hand and the dough mixture became quite dense.  He certainly worked his arm muscles stirring.  I must admit that I was worried that we had allowed the butter to get too brown but my concern was unfounded as the finished cookies were absolutely divine.  The flavour was incredible and they were just the perfect balance of chewy and crisp.  I heartily recommend the recipe. 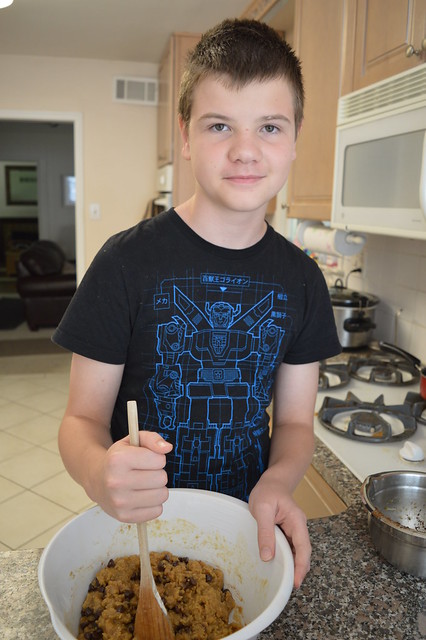 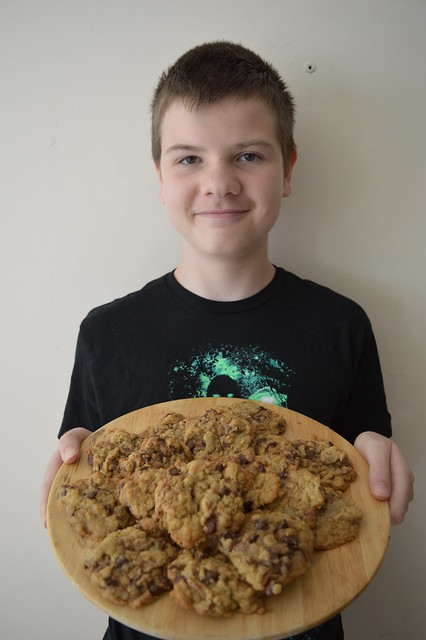