The next artist we studied in our project on the History of Art was John James Audubon.  I used it as an opportunity to talk to the boys about artists making studies from nature, a visual record of the natural world, and of the idea of making a collection by working in a themed series.  We watched the many species of birds that visit our bird feeders for a while so that we could reflect on observation skills.  We then looked at Audubon’s prints of the same birds we had seen in the garden plus a few more exemplars.  The boys then had free rein to create art inspired by a bird – real or imagined – of their choice and in any medium they wished.

No surprises that my 12 year old decided to draw his study of birds through the lens of Minecraft.  It’s a Minecraft chicken I believe. 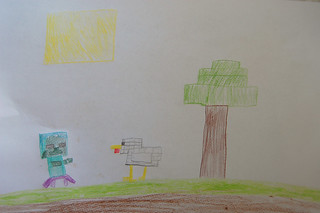 My 6 year old has a real bug for painting now so he painted a portrait of one of the birds we saw in the garden. 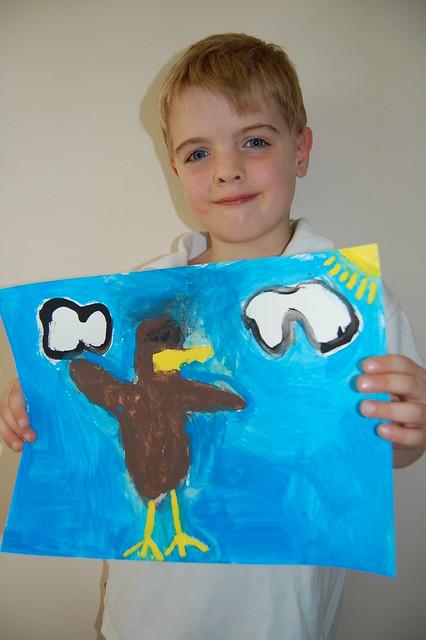 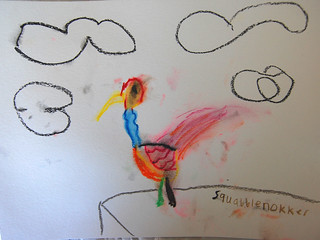 My 9 year old is a fan of the Hunger Games triology so he drew a blue jay and a mockingbird getting married so that they could create a mockingjay baby.  It’s bird algebra. 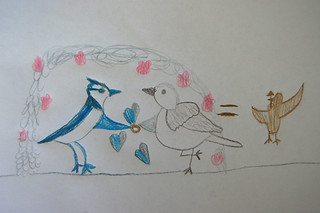 I meanwhile decided to create an ink drawing of a hummingbird filled with doodles. 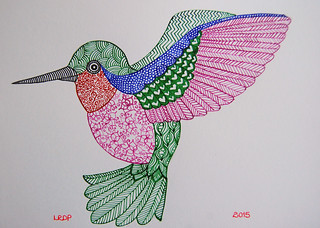