Two thirds of the Pict family birthdays are in Spring – two of them within the same week.  It’s a busy time of year.  Usually birthdays involve a treat meal at a restaurant and a family excursion somewhere.  However, given we are all in lockdown as part of the containment measures during the Covid 19 pandemic, the celebrations have been a bit different so far this year.

Mr Pict’s birthday was first up.  It fell within the first 48 hours of the lockdown so we had already made plans we had to abandon and I quickly had to come up with an alternative plan.  I like to be organized because I get angsty about chaos undermining the joy of any celebration.  There were no eggs in stores at that point so I bought a premade cake from the supermarket bakery.  Mr Pict had no complaints about that and happily we managed to pull the rest of the festivities off and his birthday was a success. 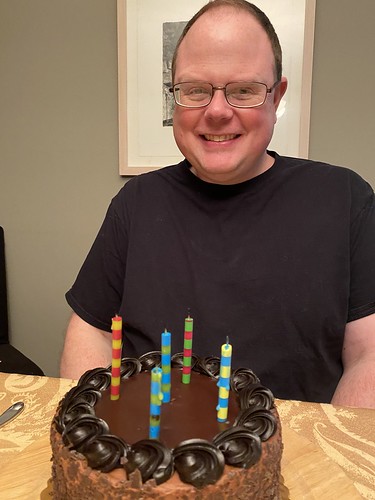 Next up was our third son turning 13.  He will certainly never forget the birthday that marked his official entry into teenagehood.  I obviously had prior warning that this was going to be an entirely domestic celebration so it all went much smoother.  Like his father, our 13 year old is obsessed with Ancient Rome.  His favourite Emperor is Trajan so his main gift was a map showing the Roman empire during Trajan’s reign and he also got a hoodie of Trajan’s World Tour.  This established the theme for the cake.  I used food colouring to paint the outline of a bust of Trajan.  If I thought drawing in ink without pencil guidelines was challenging, that was nothing compared to painting with food colouring on top of a cake.  Some edible gold added a bit of razzle dazzle and distracted from the wonkiness of Trajan’s face. 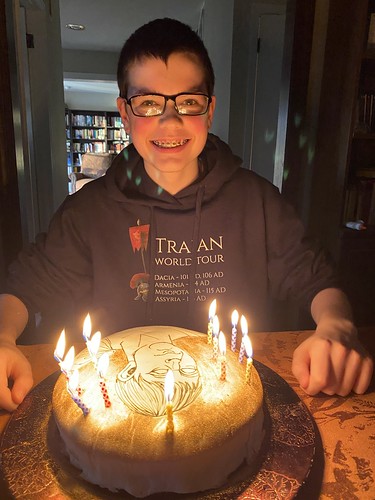 Six days later, it was the turn of our oldest son to celebrate his birthday.  He is 17.  That seems crazy to me.  17 is how old I was when I permanently left home.  Our oldest son is addicted to pepper sauce and hot sauce and super spicy salsas.  He and his 14 year old brother actually eat ghost pepper salsa, scream from the pain, and then eat more.  He, of course, received some hot sauces he had never tried before as one of his gifts but that also gave me the theme for his cake.  Tabasco is his everyday hot sauce – and I do mean everyday because he adds it to everything – so I made him a Tabasco cake – though I assure you pepper sauce was not one of the ingredients. 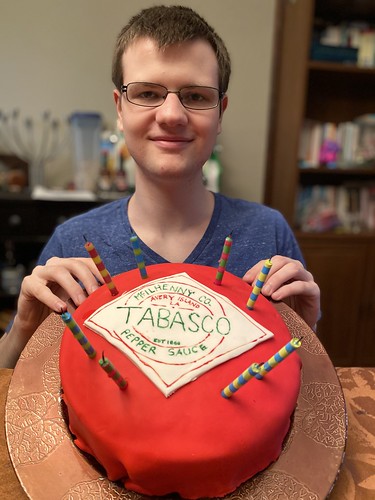 The next Pict family birthday is at the end of May.  It is likely to be another lockdown birthday.  Then we have two birthdays in the Autumn.  Goodness knows what life will be like by then.  We’ll just keep rolling with it, taking things day by day, and reminding ourselves of all the things for which we are grateful, including family and birthdays and cake.

20 thoughts on “Birthdays in Lockdown”