We had four guests visiting us over the Thanksgiving holiday: my in-laws and Mr Pict’s oldest friend and his partner.  After a day of over-indulging in feasting, we all felt the need to get some fresh air and burn off some calories.  We, therefore, headed to Valley Forge to hike around the site of the encampment and the surrounding fields.  I have blogged about a previous visit to Valley Forge, back in Spring of 2016, so will not repeat myself here.  Suffice to say it was a fair bit colder than it had been during that first exploration.  The wind was so biting that I lost feeling in my ears.  I also tried to recreate a previous “gargoyle” photo but had misremembered which son was the model. 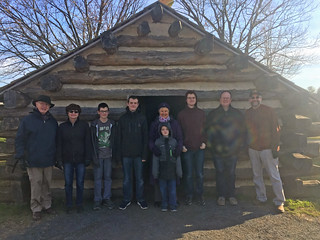 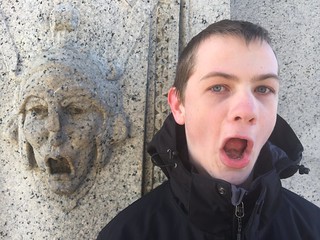 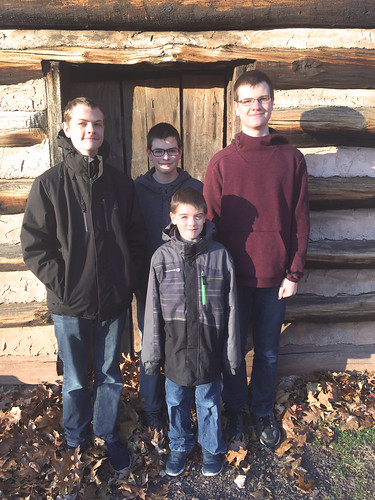 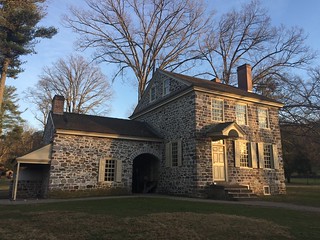 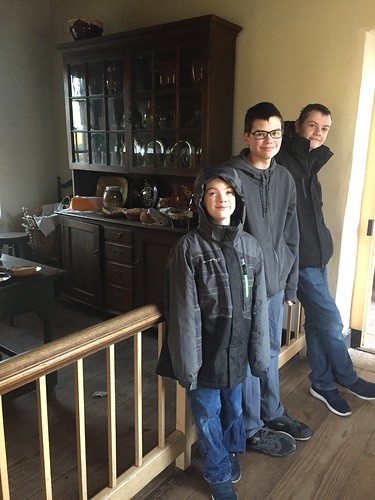 The following day, the six adults went on a child-free trip across the border into Delaware.  Our destination for the day was Nemours.  This is a French chateau style mansion that Alfred Dupont built for the woman who would become his second wife.  We learned that Alicia was not easily wooed and that the mansion was Alfred’s final pitch at winning her affections.  She agreed to marry him but I am pretty certain he did not win her affections.  Indeed, the subtext of our entire tour of the property was how problematic and dysfunctional Alfred’s marriages were – and obviously he was the common denominator – and how suspicious a few events in the biographical timeline were, including sudden deaths that removed the necessity for a divorce or the mysterious advent of infants.  I basically had my own little dramatic soap opera playing in my head as I moved from room to room and learned more about Alfred and his wives. 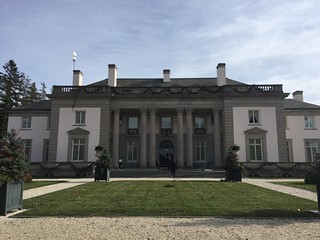 After a quick pootle around the grounds, we embarked on a guided tour led by an enthusiastic young woman named Kat.  She started the tour in the mansion’s basement and that turned out to be my favourite part of the house.  I have visited hundreds of stately homes, palaces, and castles in my time and the public rooms tend to be much of a muchness.  What set this home apart from the others that I have visited was that basement level.  Since he had built his mansion from scratch in the early 20th Century, Alfred was not having to cram modern technology into a much older building or try to couple the old and new.  He also seemed to be especially enthralled with engineering and with the cutting edge of mod cons so there were lots of fascinating gizmos, gadgets, and gubbins going on beneath the surface of the building.  As someone who spends too much of her life doing laundry, I especially liked the spacious laundry room – housed in an exterior building but connected to the mansion through a tunnel so that undies need never be exposed to public view. 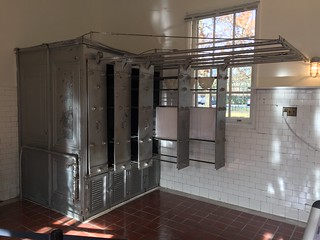 Each room in the house had been decorated for the Christmas season.  The chosen decorations were on a theme connected to the space in which they were sited and I enjoyed the festive sparkle and the attention to detail.  Again, my favourite trees were to be found in the basement level – a steampunk tree in the boiler room and a bottle tree in the bottling room. 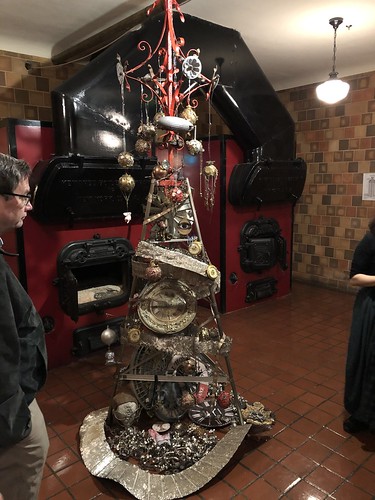 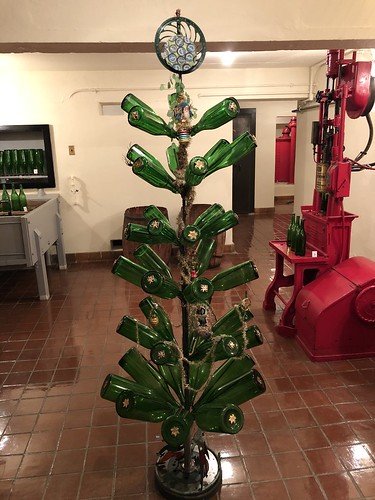 The house is beautifully decorated and immaculately maintained.  I found myself admiring the skill of the people who must remove every speck of dust from the surfaces in advance of doors being opened each day.  There was a lot of opulence on display but it was not so lavish as to be garish or excessive.  My favourite room was the conservatory closely followed by the kitchen. 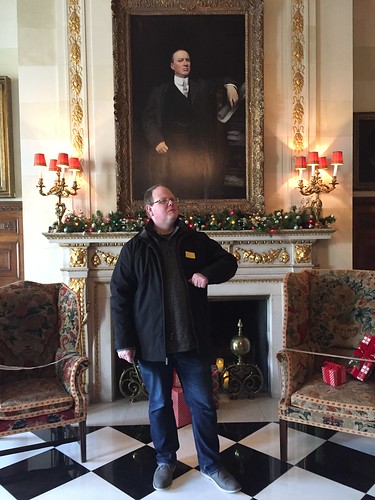 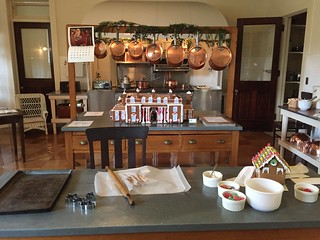 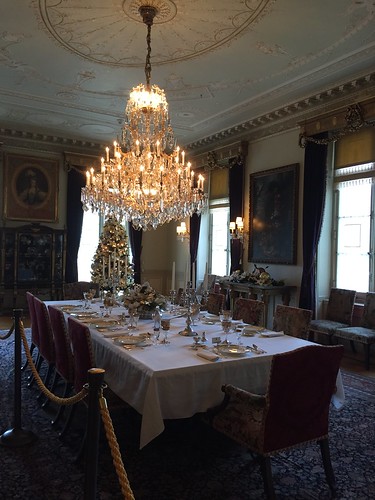 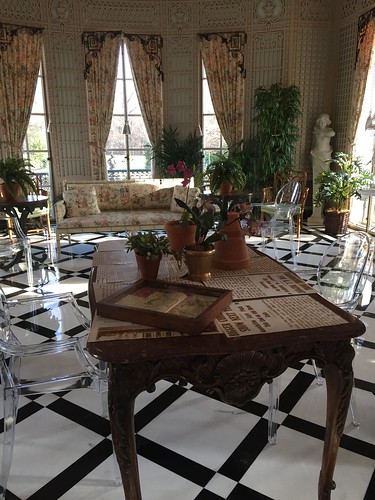 After completing our tour of the house, we wandered over to the garage – which was larger than my house – to see the family’s collection of very shiny luxury cars.  We contemplated having a walk around the grounds, which are laid out in a French style, but it was far too cold and we were too hungry to tolerate the cold.  We, therefore, bid farewell to Nemours and its muffled tales of familial dysfunction.  Since we have also visited Hagley Museum (way back in 2015), we now need to visit Delaware’s other open-to-the-public DuPont property at Winterarthur.