I won’t keep you in suspense about what our experience of staying in one place for an entire week was.  This post, therefore, is about the way in which we used our lakeside setting and relaxed in the house spanning that entire week.  Future posts will cover specific things that we did.

The house was sited on a steep hill and it was built part way down the slope.  We, therefore, had to take a flight of stairs from the driveway down to the house, the house itself was single storey, then there was a flight of stairs down to a patch of land, and there was a further flight of stairs that took us down to a small jetty right on Lake Charleston.  This meant the house was snuggled into a space that was very secluded and private and, therefore, very quiet and peaceful.  The elevation also provided us with lovely views and we got to see some lovely sunrises and sunsets during our time there.  Mr Pict, space nerd that he is, also enjoyed being able to go out onto the deck in the absolute pitch dark to study the constellations and show the boys the Milky Way free of light pollution. 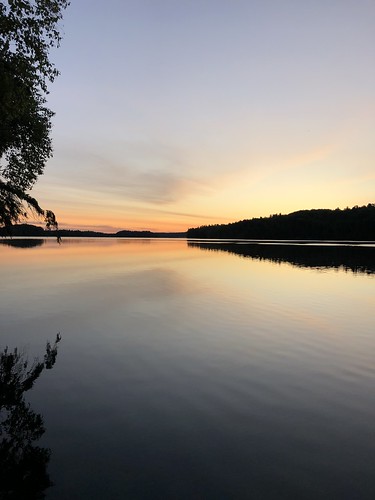 The big hit, of course, was having access to the water.  The boys loved jumping off of the lakeside deck and splashing into the water.  The water was really clear so we regretted not bringing goggles and a snorkel.  We were swimming among many fish and Mr Pict and two of the kids saw a swimming turtle at one point.  The kids also encountered a critter that was biting their toes.  They were initially concerned that this was a snapping turtle but I pointed out they would definitely know had they been bitten by one of those.  It turned out to be a really territorial fish who was biting at them any time they got near her particular rock – which was very close to the jetty stairs.  The boys nicknamed her Trish the Foot Fetish Fish.  I think they grew rather fond of her. 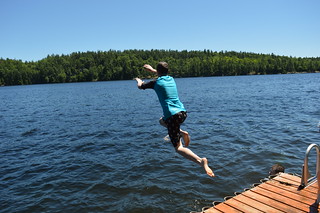 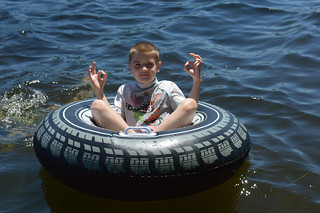 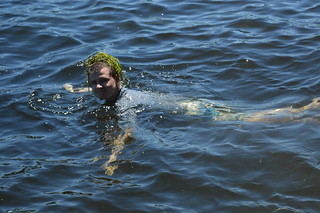 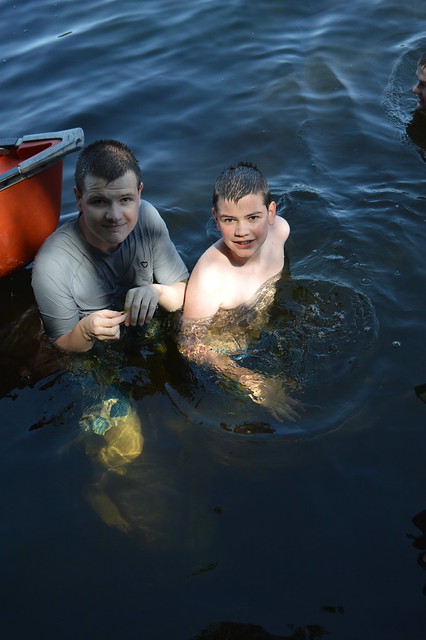 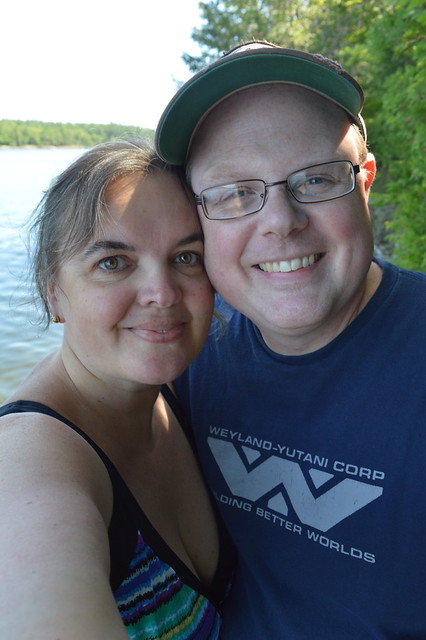 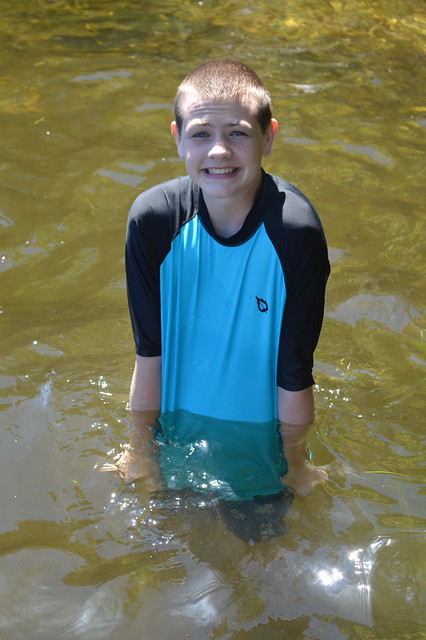 The house also came with a canoe so we spent quite a lot of time going for brief excursions along the perimeter of the lake.  We could not risk crossing the lake or indeed venturing too far from the shore because there were speed boats bursting up and down the length of the lake pretty much constantly.  The kids have limited experience with paddling but got really pretty good at it towards the end of the trip. 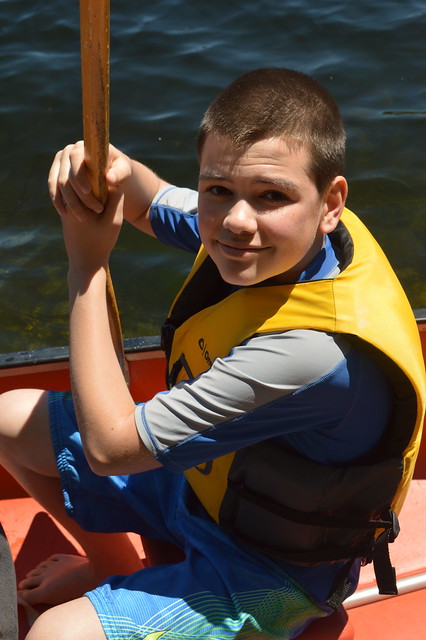 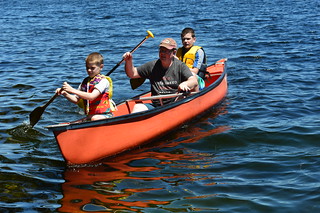 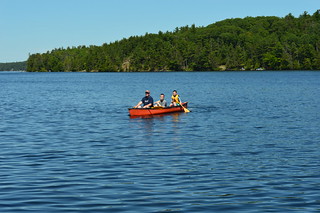 We also utilised the fire pit to make s’mores for dessert on a couple of evenings.  My kids are equally as drawn to fire as they are to water so I am pretty sure the thing they enjoy most about making s’mores is having the opportunity to poke things into flames.  We got into a totally sticky mess.  I also managed to get eaten alive by biting insects.  Insects find me insatiable.  My blood must taste like finest champagne to them.  Unfortunately, I have a terrible reaction to insect bites.  Most of the time, it just leads to discomfort but otherwise is not too problematic.  Sometimes, however, it results in me feeling very sick.  Unfortunately on one of the evenings at the lake house, I was covered in so many nasty bug bites that I developed an excruciating headache and a mild fever.  That was, however, the only downside to the location. 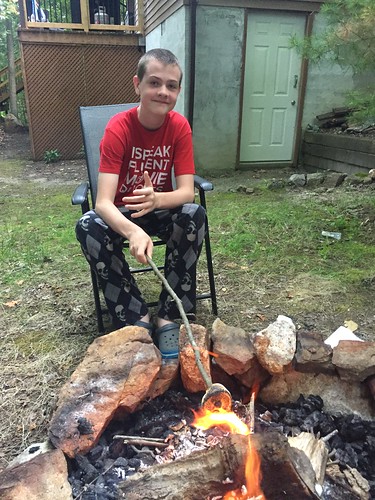 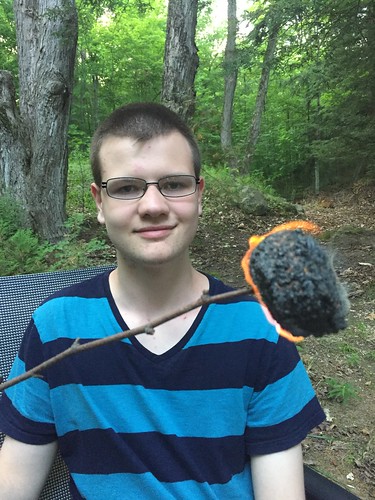 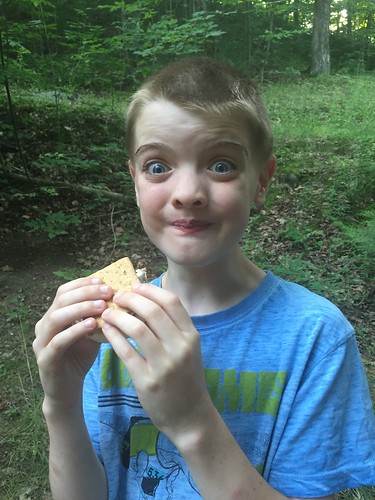 We had one day of non-stop, torrential rain during our week there.  We, therefore, just hunkered down and used the time for relaxing on our own or playing games together.  Our evening habit was to play games and there was one in particular that we got a bit obsessed with.  We must have played scores of games of ‘One Night Ultimate Werewolf’.  I used my flumping around time to read a couple of books and draw while listening to podcasts. 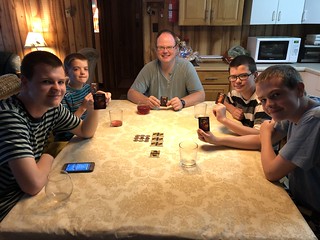 Overall, I think we all enjoyed our time at the lake house and benefited from the fact it forced us to slow down.  Given the stressful situation we had left behind, removing us from the chaos and forcing us to relax after a period of such intense activity, it was probably good therapy to experience a week of this style of vacation.  I cannot deny, however, that I did have the nagging feeling that we should be packing more experiences into each day in order for our vacation to offer better value for money.  I think what we probably need to do in future is find a happy balance between really pushing ourselves to the limit when it comes to travel and making time in which to relax.