I am sure it has not escaped your notice but this past Saturday was the 50th anniversary of the moon landing.  It’s a significant moment in human history, of course, and one of those events in history where those who were alive then can remember exactly where they were, the context in which they watched or listened to Neil Armstrong’s words.  Neither Mr Pict or I had been born yet but Mr Pict is a bit of an outer space nerd, an out-of-practice amateur astronomer, and he was keen to do something to mark this anniversary.  I really don’t have much interest in astronomy or space exploration and have almost zero knowledge of astrophysics but I stumbled across the fact that we live not too far from a location used in training astronauts and that they were holding an open door event for the anniversary.  It is amazing to me that we have lived here for over 5 years now and are still so unaware of some of the things that are in our vicinity.

The piece of equipment in question is a centrifuge and it is tucked away in an industrial park area of Warminster, in a building called The Fuge.  I sometimes shop in the Costco that is practically across the street and yet I had absolutely no idea this piece of scientific history was there.  There had been a naval laboratory there that was tasked with developing various technologies from the 1940s onwards.  We have all heard of “black box” recorders and GPS and these are things that were developed at this site.  Who knew?  Not me.  One of the things they developed and experimented with was a human centrifuge and it now forms the centrepiece of this building.  If you have somehow ended up at this blog post, post-google, hoping to find something educational, please return to your search results because that is not something I can provide.  My brain just doesn’t absorb physics.  I cannot assimilate those facts.  I can read it and find it somewhat interesting but I just do not retain the detail.  Therefore, all I can convey is our experience. 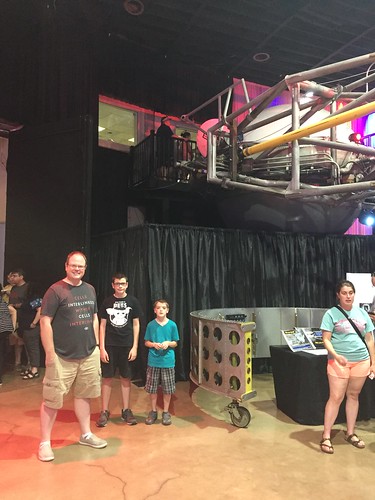 We saw the gondola, where the human would sit, at the end of a long arm.  It would have been swung around in a circle at high speed to subject the person in the gondola to gravitational forces.  Initially the idea was to develop understanding of this science for the purposes of putting pilots into ever faster fighter jets but it got co-opted into the space programme.  A number of celebrity astronauts trained there, certainly all of the Cold War era astronauts that I could name.  Unfortunately for Mr Pict, all of the slots for getting up close to the centrifuge’s gondola were filled up so he missed out on that but he enjoyed seeing the equipment and viewing the accompanying display boards, some of which seem to have been contributed by local high school students.  He even learned a few things so he was chuffed. 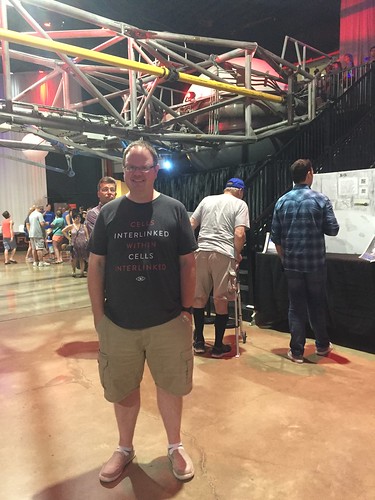 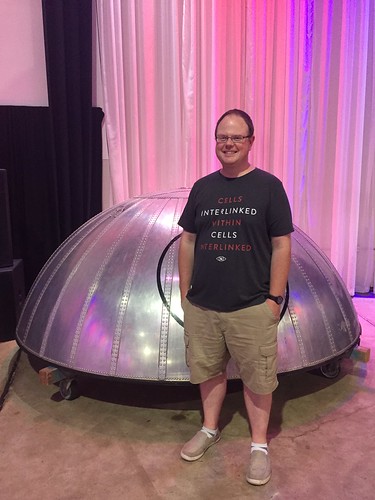 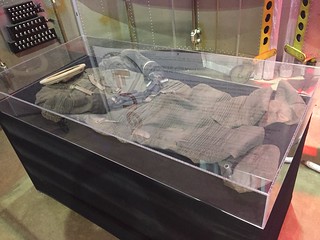