On Saturday, we were in the city for other reasons but decided to build in a jaunt to the Rodin Museum.  There are still (after 5 years of living here) several Philadelphia museums I have yet to visit and the Rodin was among them so I was glad to have the opportunity to check it off the list.  The building, which dates from the interwar period, is charming and its grounds are a little oasis of plants and water and calm in the city.  There were people relaxing in the courtyard with a book and I can well imagine it being a superb space in which to wile away some time and unwind. 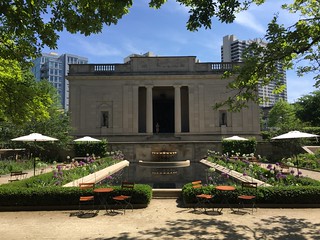 The basis of the museum is the collection of one man, apparently an avid fan of Auguste Rodin’s work.  It houses many of the sculptor’s most famous works.  Indeed, one of the dozen versions of his most celebrated work – The Thinker – greets visitors outside the museum.  I have seen versions of The Thinker before – at the Burrell Collection in Glasgow and I think the National Gallery in Washington DC – but this was the best version I have seen.  The thing I really appreciate about Rodin’s sculptures are the rough hewn textures, the sense of weight in the bodies, the torsion in the poses.  Being able to see a large scale version of The Thinker up close I could really observe the grip of the toes on the pedestals, the pressure of the elbow on the thigh, the weight of the chin on the raised hand. 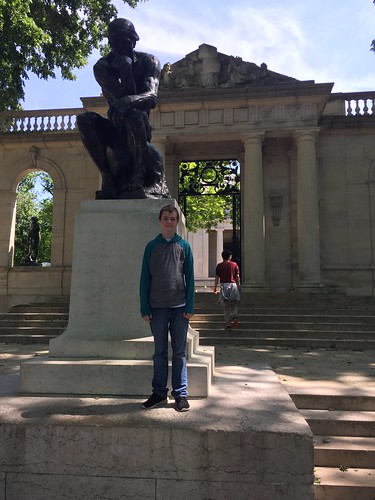 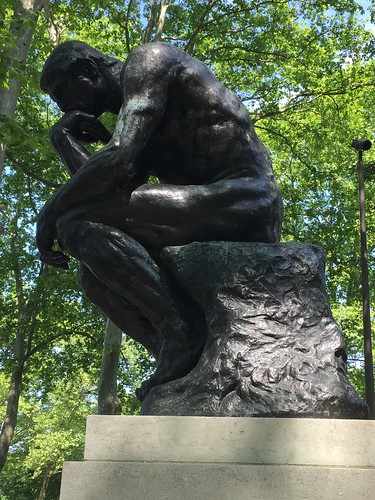 The interior space of the museum is compact but well lit and the contents are displayed thoughtfully.  There were, of course, lots of smaller works by Rodin.  I especially liked some busts.  However, there were also some sculptures by other artists who were either inspired by Rodin or were competitors of Rodin.  There was an excellent Picasso piece and a charming piece depicting an embrace between a sailor and a female figure that my 9 year old was especially drawn to.  The boys, incidentally, were not especially enthused by this particular trip.  Our 13 year old and our 9 year old were pretty engaged and enjoyed seeing the sculptures but the 16 and 12 year old’s were totally switched off.  Thankfully the museum had some benches for them to plonk themselves on while the rest of us milled about. 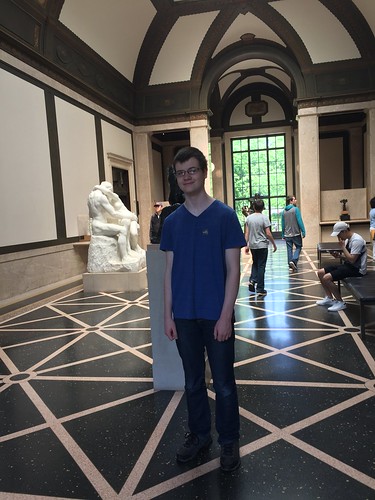 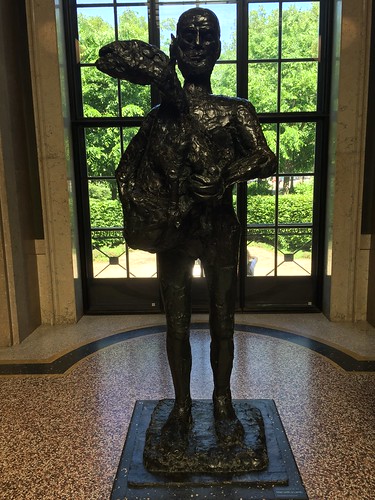 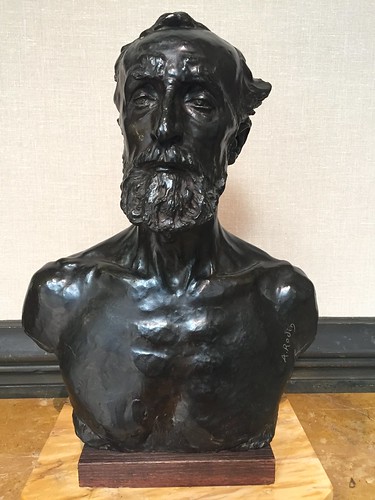 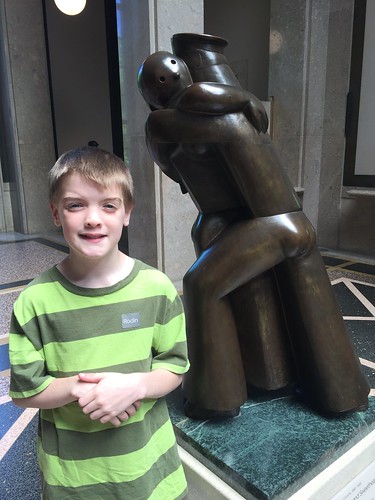 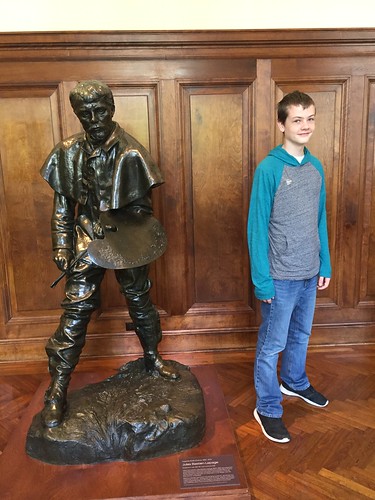 In truth, the best pieces in the collection are all housed outside the museum and can, therefore, be accessed for free.  We were, therefore, lucky that we had visited on a free entry day.  The Gates of Hell is on a wall beside the building’s doors.  It was fascinating seeing the miniature versions of various sculptures within the composition.  The Burghers of Calais (one of a dozen castings) is in the grounds.  It depicts a scene from The Hundred Years’ War and being able to get up close to the figures meant I could really see the way Rodin was conveying the sense of defeat, dejection, and humiliation in their faces and sagging bodies.  My favourite of the pieces in the collection was also within the grounds.  I love the composition of The Three Shades and the way the three male figures combine to form a single, almost organic shape and I also really like the rendering of the musculature in the poses, even if the angles of the necks are wholly unnatural. 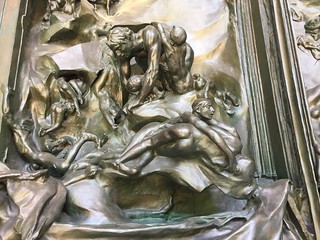 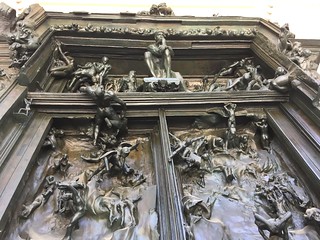 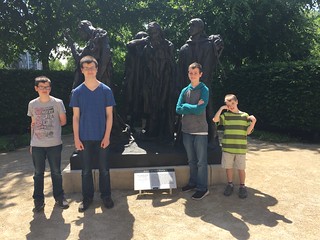 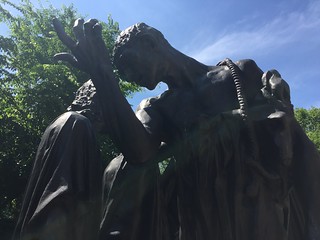 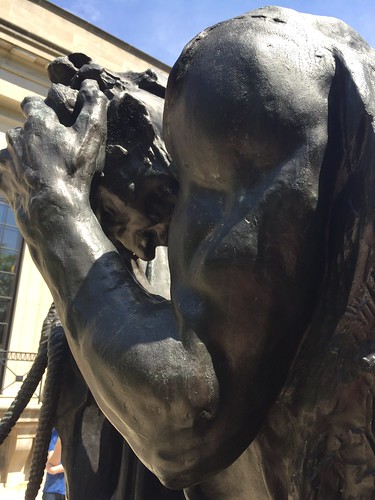 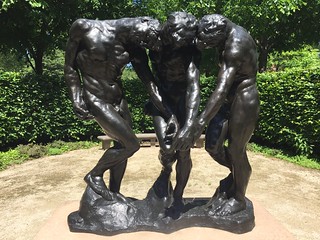 Philly is actually a great city for public art generally, from transitory installations to diverse sculptures to the fantastic murals covering the sides of buildings and walls to monuments and memorials.  We encountered a few of these on our wanderings on Saturday and really I should try to plan out a few walking tours so we can see a lot more of this public art.  I am now also keen to return to the Philadelphia Art Museum. 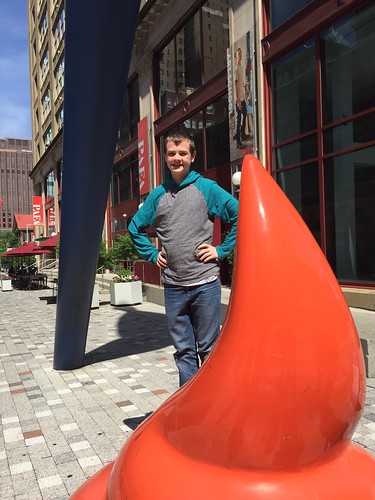 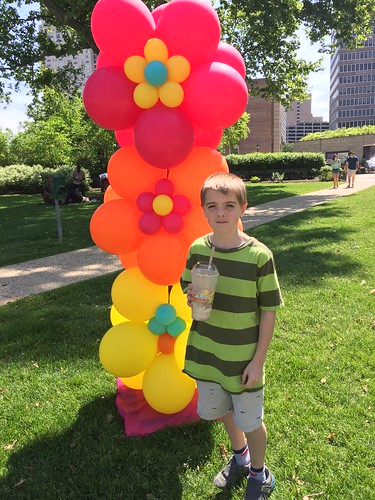 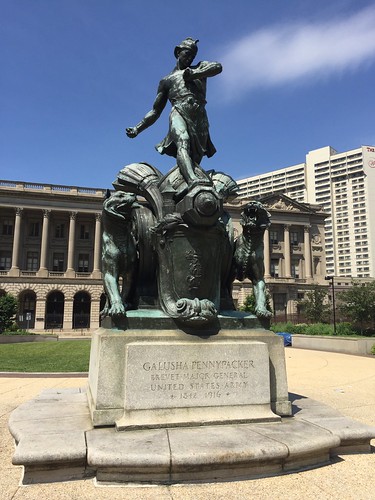 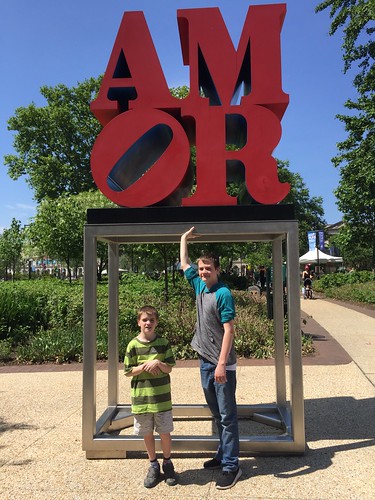