Tonight is the 91st Academy Awards ceremony.  As I have stated before, as a movie nerd, the Oscars are like my Superbowl.  For the past couple of years, I have illustrated the nominees in the acting categories in my Art Journal.  I usually don’t attempt to draw real life people so it serves as a useful annual reminder that I am absolutely, most definitely, not a portraitist.  Capturing people’s likenesses apparently eludes me.  Still, it’s a fun exercise and a good way to record the evening’s entertainment in my journal.

In 2017, I did a sort of blind contour mugshots sort of thing.  That was fun but you really would not have been able to identify any of the people I had drawn.  Last year, I decided to draw each actor in full figure and in character.  This was a regretful decision.  This year, therefore, I went back to just heads and revisited the kind-of-mugshot idea but without using blind contour as my starting point.  This resulted in better quality drawings but definitely not much in the way of improvement when it comes to likenesses.  A few of these people are ones I have drawn before and yet I still cannot get their faces right.  Just as well I prefer drawing faces from my imagination instead then!

Apologies, incidentally, for the awful shadows on these photos.  Aside from the gloomy winter light, I have no access right now to the spot where I usually photograph my artwork.

I don’t have a dog in this fight since I have seen literally zero of the movies for which these performances have been recognised.  While we go as a family to the cinema to see the odd blockbuster or animated movie, Mr Pict and I have to wait for movies to appear on the small screen before we can view them.  I have no punditry to offer, therefore, and no predictions to make except that I guarantee all these people will look so much better – and more human – on the night than they appear in my drawings.

These are the best actress nominees. 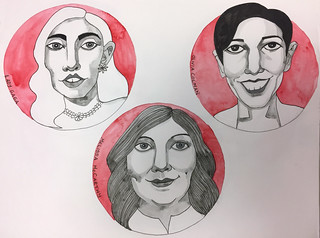 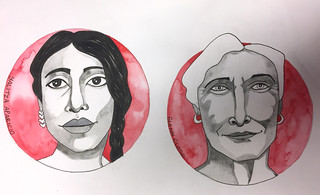 These are the best actor nominees. 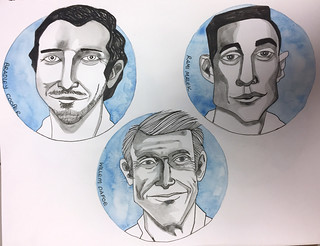 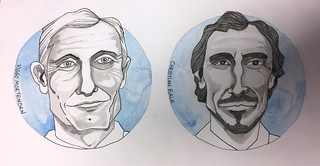 These are the best supporting actress nominees. 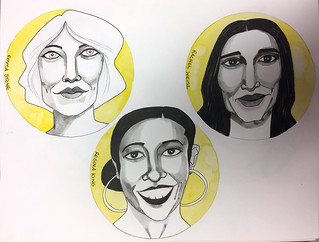 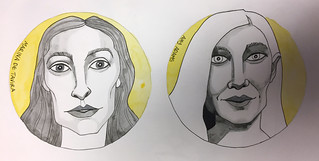 These are the best supporting actor nominees. 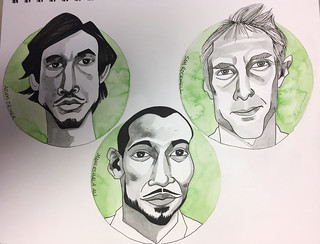 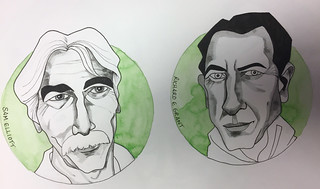