Our first destination on the cruise was the Dominican Republic.  It was the only day on which we went on an organised excursion.  This was a good move for two reasons.  First of all, the ship docked in a cove that was designed purely for cruise ships which meant it was completely artificial and overtly touristy and the nearest actual town was too far to walk to.  Secondly, the excursion turned out to be excellent and allowed us far greater insights into the Dominican Republic than our own explorations would have done. 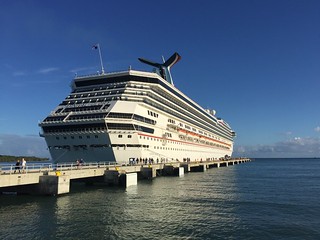 We met with our tour guide and driver and hopped on the minibus.  There were the eight of us and a dozen other people so it was a small group.  The nearest city to the dock was Puerto Plata and, as we drove through, our guide was able to point out several things unique to the country and explain a bit about the culture.  We saw lots of whole roasted pigs on sticks being cooked and sold at stalls on the busy streets.  We learned that this was because this type of roasted pork was the traditional meat for Christmas dinner and lots of people would be buying it that day, Christmas Eve.  We were also informed that the city took its name not from the metal silver but because of a particular tree that grew on the hillsides, the grey leaves of which seemed to look silvery in the mountain fog.  Our drive also took us past various views of the mountain named Isabella.  We learned that this was a name bestowed upon it by Christopher Columbus and that the first European village in the New World was located nearby.  It was such a beautiful place to be the launch pad of a history of disease, conflict, slavery, and genocide. 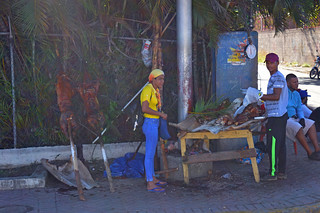 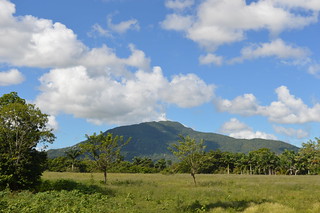 Soon we were leaving the city and were wildly bouncing and careering along unsurfaced, winding, uphill roads that took us into the lush vegetation of the rural areas of Puerto Plata province.  On the way, we learned about eclectic subjects such as vernacular architecture, mahogany, the lottery, and tiny stores that sell individual ingredients such as one egg or a few slices of meat at a time.  Our destination was a village where we could learn more about the rural way of life in the region.  We were invited to enter one home, which was Tardis like in its use of space.  I especially enjoyed seeing the kitchen, which was an adjacent but separate building from the home, and the clay wood fired cooker. 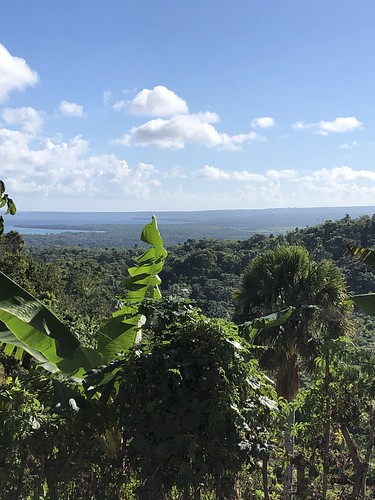 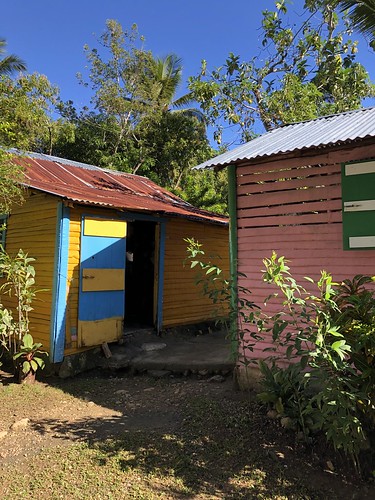 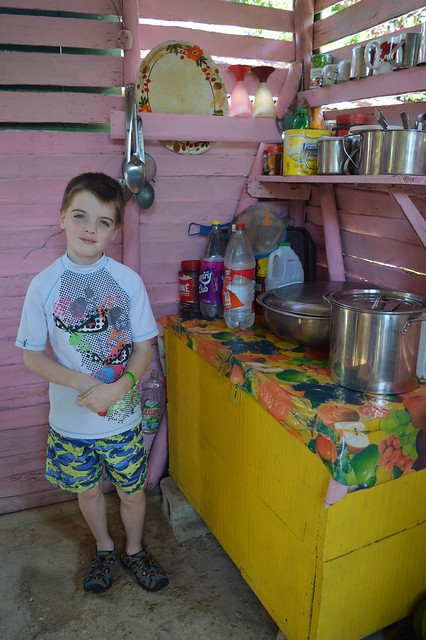 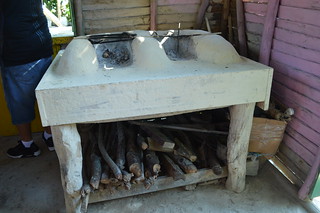 We were shown around the agricultural area and the produce being grown was identified and its uses explained to us.  I found that to be thoroughly interesting.  I, for one, had never seen coffee plants in real life before.  I also saw my first breadfruit tree.  Our 9 year old had two bucket list items for his time in the Caribbean: to see bananas growing and to see cacao in the wild.  He achieved both goals on the trip as there were seven varieties of banana being grown, including a red variety I had never seen before, and there were trees full of cacao pods.  Our wee chocoholic was elated.  He was even more ecstatic when he learned that he was going to get to sample hot chocolate made from the locally grown cacao.  It was richly delicious.  Other members of the family tried the freshly ground coffee.  We all thoroughly enjoyed chunks of freshly harvested pineapple and guava. 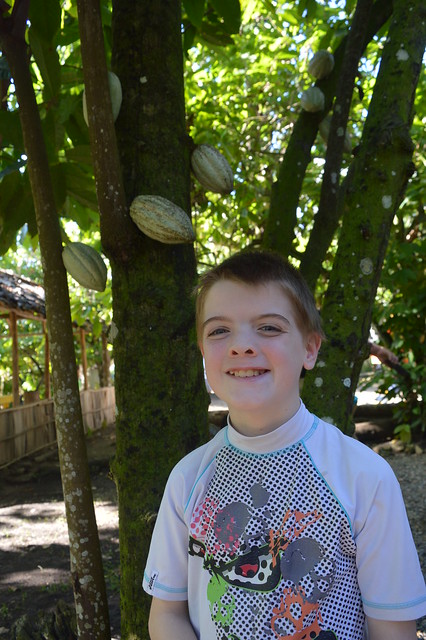 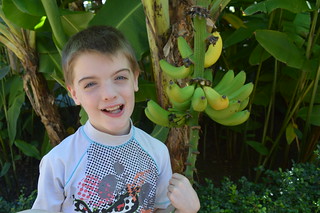 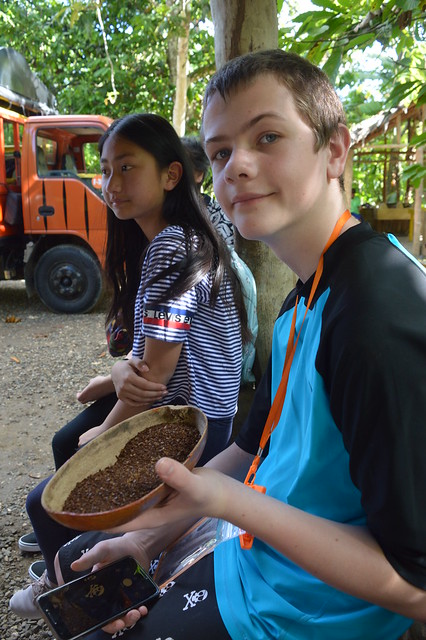 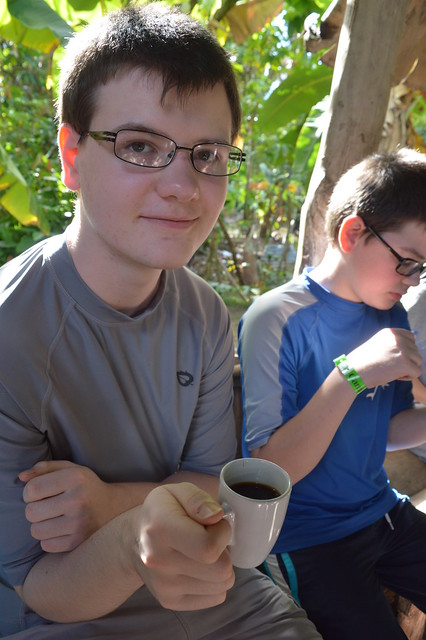 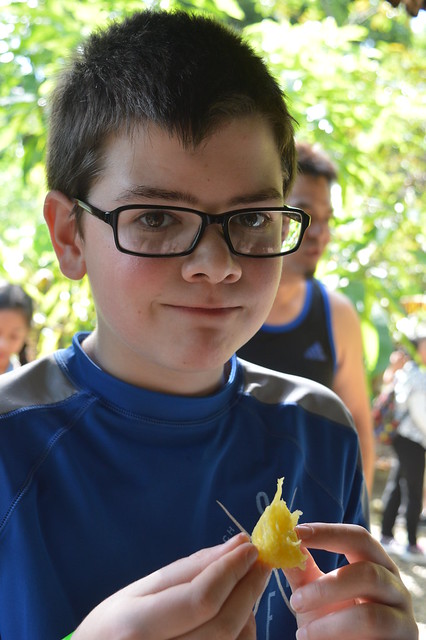 Our next stop was the village elementary school.  As an educator, I found it really interesting to see the similarities and differences in the education system and the way the school buildings and classrooms were organised.  I was, however, glad that school was not in session (given it was Christmas Eve) as I would have felt uncomfortable seeing the students used props for tourists. 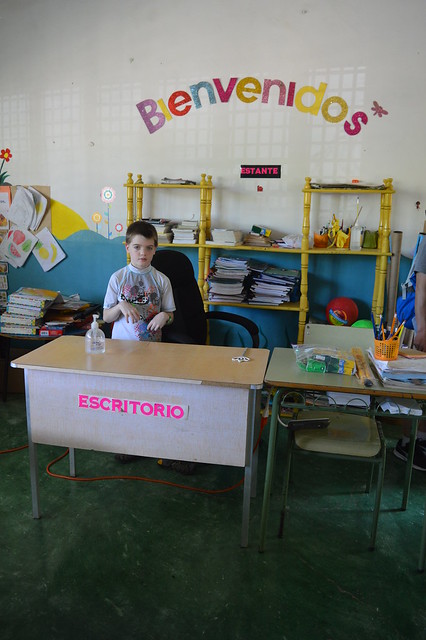 We then had a break for lunch.  It was a buffet of the types of food Dominicans would eat on a typical day.  I especially enjoyed the rice and beans.  The boys loved the fried chicken.  During our lunch pit stop, there was some dancing entertainment to showcase the fusion of indigenous, African, and European culture in the Dominican Republic.  We also saw a man making cigars and sampled some local alcohol.  Our cat fanatic 9 year old was absolutely thrilled to meet a local cat. 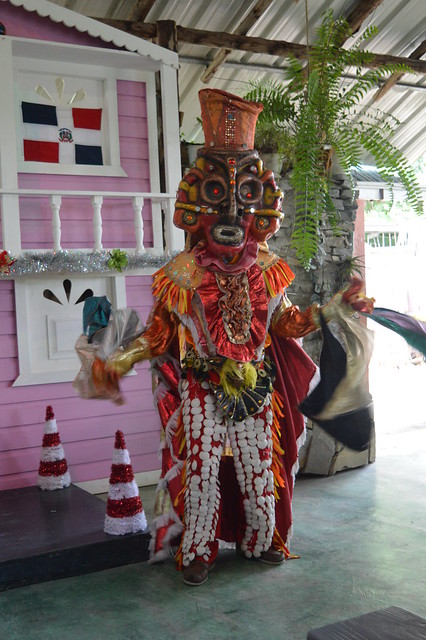 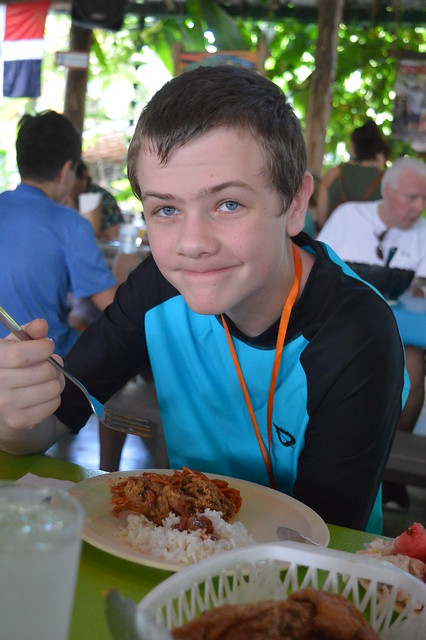 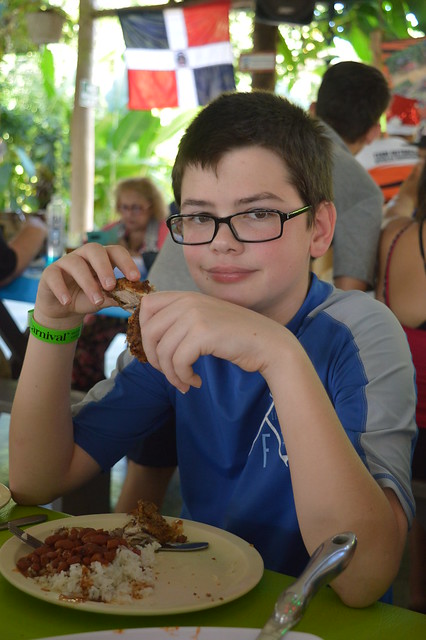 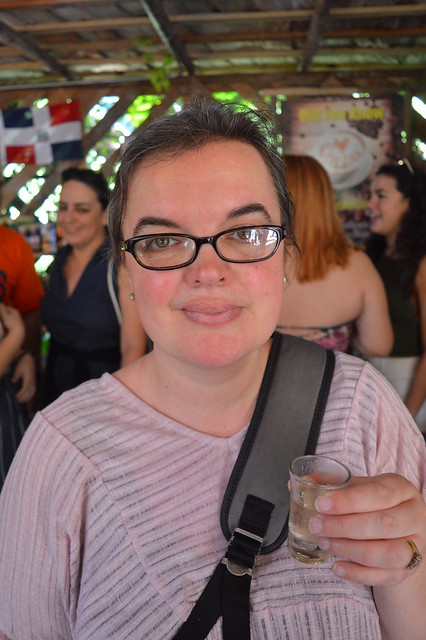 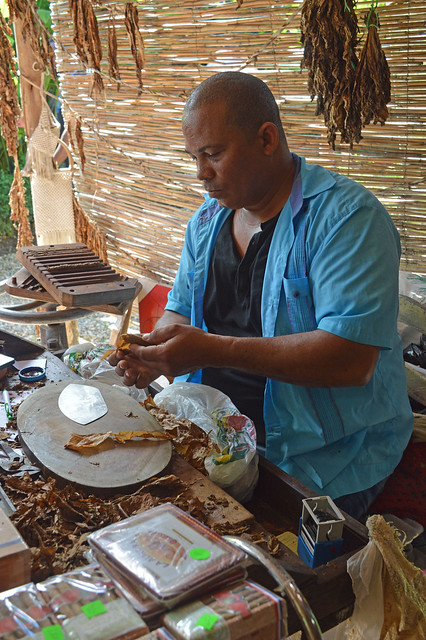 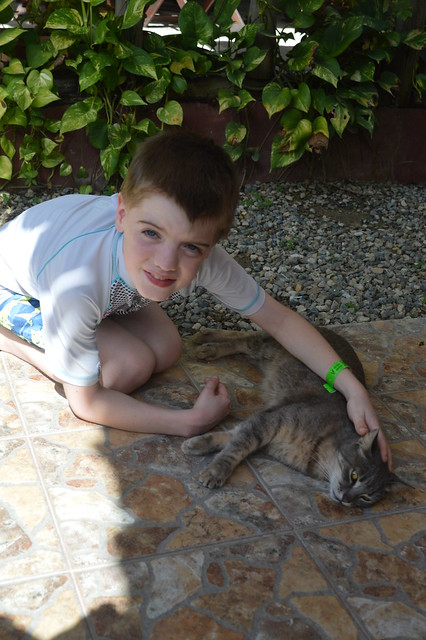 The final destination for the day was a beach, as this area of the country is famed for its beautiful beaches.  The boys loved the opportunity to just let loose and splash and crash among the waves.  Our guides provided some body boards so they tried that out too.  Even as someone who does not like sand, I had to agree it was a pretty good way to end the trip. 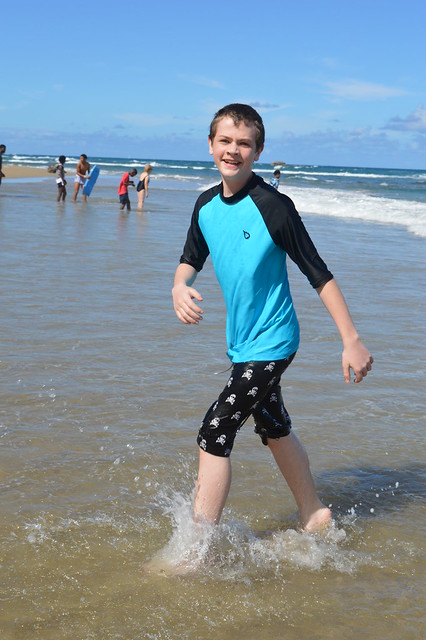 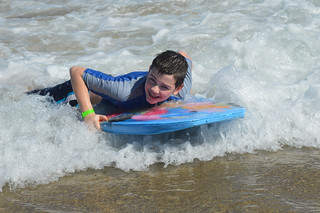 I liked what I saw of the Dominican Republic, from the brief sampling we had, and would definitely consider returning to explore more of the country, its varied history, and its diverse cultures.