My in-laws used to live in the suburbs of Washington DC and Mr Pict and I would fly out to visit them there and use their home as a base for exploration.  Now, of course, I live in the suburbs of Philadelphia, also on the mid-Atlantic coast.  It is, therefore, actually a bit ridiculous that I have never visited Shenandoah National Park.  I really don’t know why we have never gotten around to it.  Always something else to see that was placed as a higher priority I suppose.  Navigating our route home through Virginia on the very last day of our road trip, I spotted an opportunity: I could at least do the Skyline Drive element of Shenandoah since it took us in the right direction.  I discussed my plan in quiet code with Mr Pict as I knew I would be met with resistance from the kids.  He agreed and we took the twisting turn to start ascending the mountains. 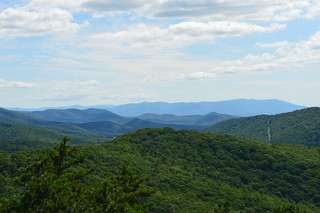 The kids were on to us immediately and were not best pleased.  This was the fifteenth day of our road trip and they just wanted to get home.  I could understand their motivation but, at the same time, I wanted to cram one more experience into our trip.  One of the things I love about America’s National Park system is that its parks result from someone just deciding that something is beautiful or unique or historic or any combination of the three and that it should consequently be preserved and protected.  In this case, said person was President Hoover who decided that a road should be built so that more people could access and appreciate the views of the Blue Ridge Mountains.  The views were indeed breathtaking.  The boys, however, were not appreciating them.  They were just doner than done with tourism and were 200% over road tripping.  Other than when we stopped at a ranger station, the older two even refused to get out of the car on any of the stops.  To be fair, the little grouches were also complaining about how twisty turny the road was and how queasy it was making them feel.  I too was feeling nauseous.  And the going was very slow.  I admitted defeat.  We exited the park at Swift Run Gap, rejoined major roads, and focused on getting home. 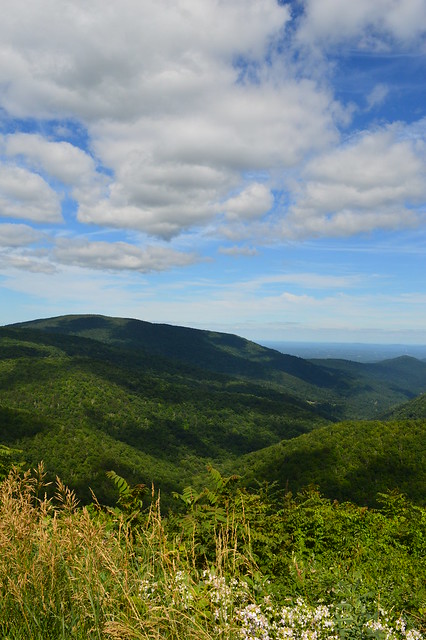 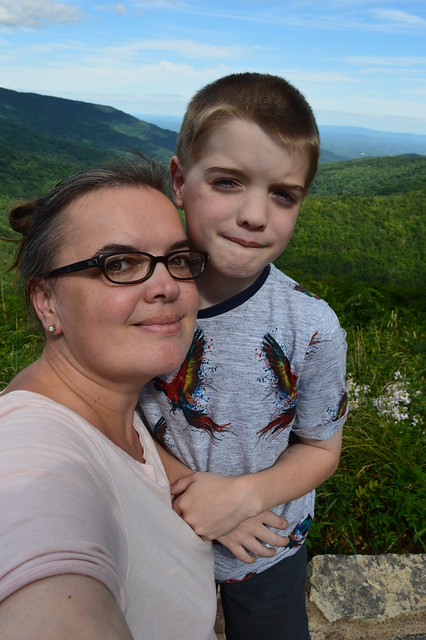 This post then concludes all of my blogging about our 2018 road trip.  Ten new states visited in just two weeks bringing me to a total of 40 US states visited.  That was an awful lot of driving (4550 miles!) and I think we probably – definitely – pushed ourselves to the limits of our tolerance for driving trips.  I don’t think I would undertake a trip involving such massive distances across just two weeks again – especially not with kids in tow.  It was too exhausting and the ratio of fun per miles was inadequate on this particular trip.  That is not to say that it was not worth it.  I would just learn from it and not push ourselves quite so far next time.  It was worth it because I loved seeing how different the landscapes of the Plains states were compared to those I had already visited.  Visiting a whole new region of the country underscored just how vast and diverse America is.  The focus of our road trip had been reaching the Dakotas – everything else just slotting into place as the route there and back – and the Dakotas did not disappoint.  In particular, I could probably have happily spent two weeks just travelling around South Dakota and exploring.  I was glad we spent more time there than anywhere else.  The trade off for that, of course, was that we barely touched the surface of some states.  I will need to go back and explore those properly at some stage.  But maybe not for a while.  I feel like I need a relaxing vacation now in order to recover from my vacation.