The sensible part of our day – as opposed to doing silly tourist stuff – was a visit to Badlands National Park.  The landscape is pretty striking, not just because of the way its rugged peaks and steep chasms differ from the flat plains of so much of the surrounding topography, but also because of the layering of colours.  I am not remotely a geologist but I find the striations of colour to be aesthetically appealing. 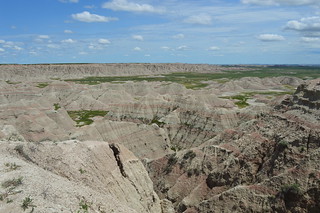 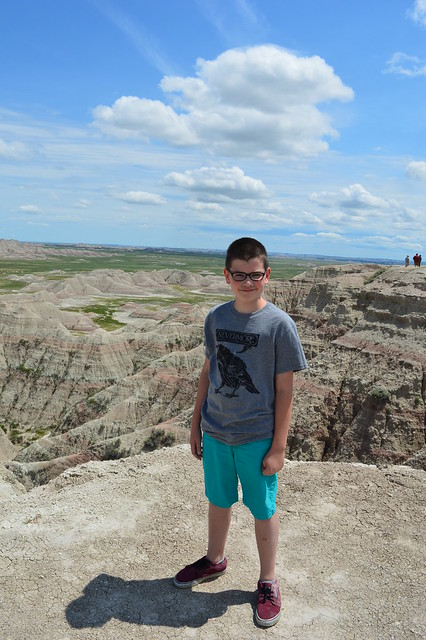 We took a wander into the landscape via the Door Trail.  It was absolutely thronging with visitors but most were staying either on or in the vicinity of the boardwalk.  We, therefore, headed out onto the rocky plateau where there was more space and a greater opportunity to actually take in the scenery.  The Badlands are rich in fossils but we did not stumble across any.  Apparently simply stumbling across fossils is something that still happens here.  A Ranger told Mr Pict that last year a little girl had found a sabretooth skull.  We told the boys to listen and watch for rattlesnakes and to always be aware of where at least one parent was and then let them be free range.  It was just what they needed after so very many miles of being stuck in a car each day for a week.  They were absolutely thrilled to find that they could clamber down into mini canyons that twisted and turned and then pop up and out in an entirely new location.  They also ascended some small peaks to take in some panoramic views and just because they like climbing things.  Our youngest son has almost zero impulse control and never undertakes any version of a risk assessment so he was gamboling around like a mountain goat.  I actually had to stop watching him as he was giving me palpitations. 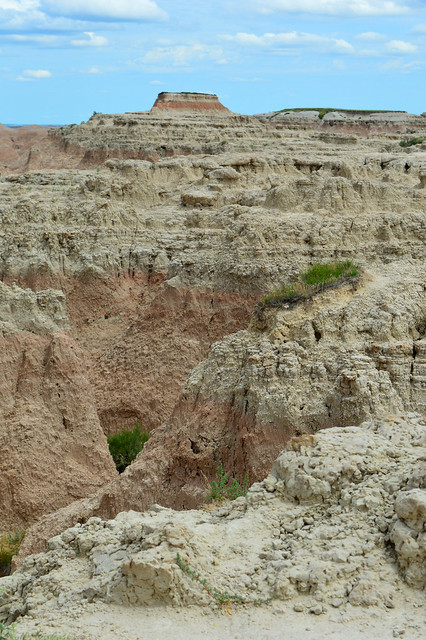 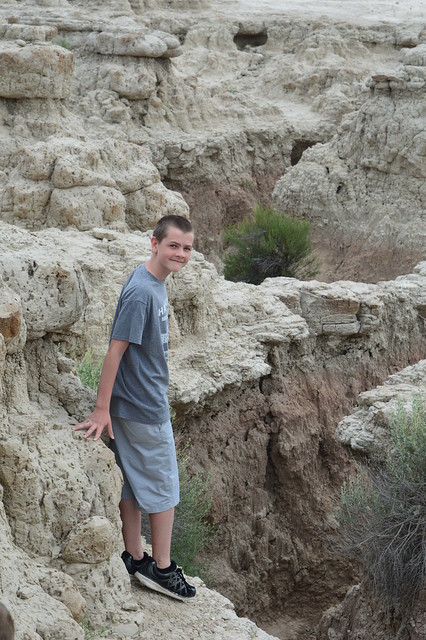 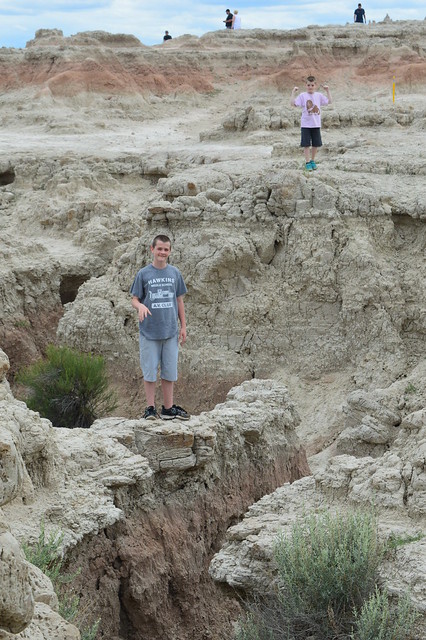 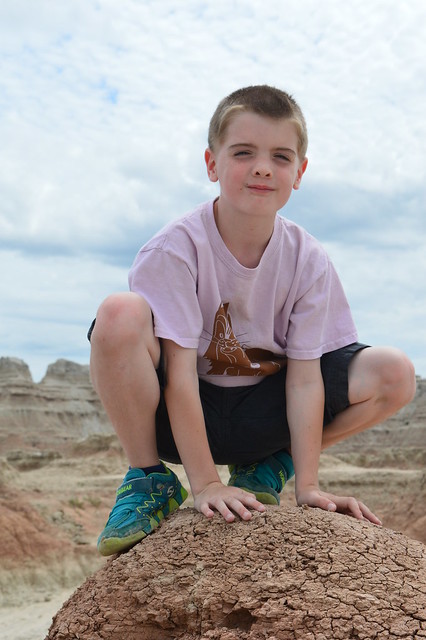 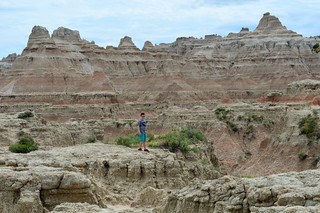 On the subject of impulse control and risk assessment, as we departed the National Park, I spotted the rusting hulk of a car in a field and asked Mr Pict to pull over so I could leap out and take some photos.  It is possible he assumed that I was just going to take some distance shots but that was not my plan.  Instead, I hiked off across the field of scrub to reach the car.  Before I could stop them, three of the kids followed me.  We found ourselves dodging numerous cow pats, getting scraped by cacti, and bitten by nasty bugs.  We reached the car and had a nose about and took some photos and then headed back towards the car.  That was when we heard the distinctive rattle and that was when I remembered about rattlesnakes.  Oops.  I told the kids to follow exactly in my path and to scope out not just where they were placing their feet but the area immediately surrounding it too.  It actually became advantageous to stand on the cow pats as those acted like stepping stones through the scrub.  We saw the tail end of a snake dart off but otherwise we had no encounters and we made it back to the car safe and sound.  Parenting fail. 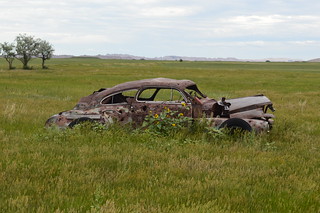 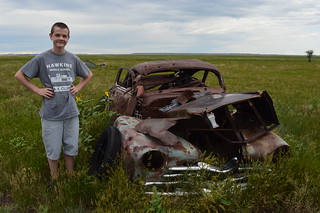 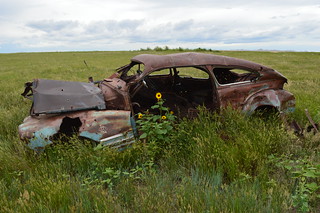 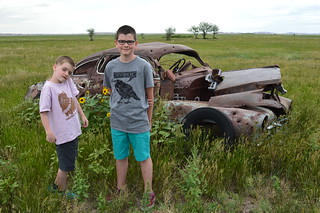 Having missed out on an evening visit to Mount Rushmore the previous night thanks to tornados, we had a plan to visit after seeing the Badlands.  However, the sky grew grey and overcast and rain was forecast.  We worried we would not get a decent view of the presidents if we trucked over to Rushmore for the evening.  We also worried we were running out of time to see Rushmore at all.  Sometimes indecision can be crippling.  Everyone was famished, however, having had nothing but a donut since breakfast, so we pulled into Rapid City to eat dinner and decided we would put off seeing Rushmore again.  Would we ever make it there?