We had a day out in Philly on Saturday to celebrate my birthday.  Last year I chose to visit a historic cemetery and this year I decided we should consume more local history.  I thought it was entirely ridiculous that I had been living in the suburbs of Philadelphia for four years now (as of 17 October) yet had never been to see the Liberty Bell or been inside Independence Hall.  That, therefore, was my selection for the first part of my birthday trip.

The lines to get in to see the Liberty Bell – part of the Independence Historic Site – were long but not as ridiculously long as they have been on other occasions when we have considered viewing it.  We, therefore, joined the line and found that it moved at a reasonable pace.  We all had to remove layers of clothing and place our possessions in boxes to be scanned for security purposes but, even so, it only took about half an hour between joining the queue and being allowed to go and view the bell.  There were displays outlining the bell’s history, its symbolism, and how it has been cared for and restored.  The boys had zero interest in lingering long enough to read so Mr Pict and I had to skim and scan.

The bell is, of course, famous for its crack.  This appeared as soon as it was rung for the first time in Philadelphia.  Poor workmanship it seems.  It was recast a couple of times by men whose names – Pass and Stow – appear on the bell and then the bell cracked to the extent it appears now in the 19th Century.  It was probably one of the bells that was rung when the Declaration of Independence was read publicly for the first time on 8 July 1776 but really the rest of its history was pretty insignificant.  Its real importance emerges from its symbolism, particularly for the abolitionist movement.  Its use as a symbol is really why I wanted to see it: the bell is used all over the place locally and nationally so I thought I had really better see the real thing. 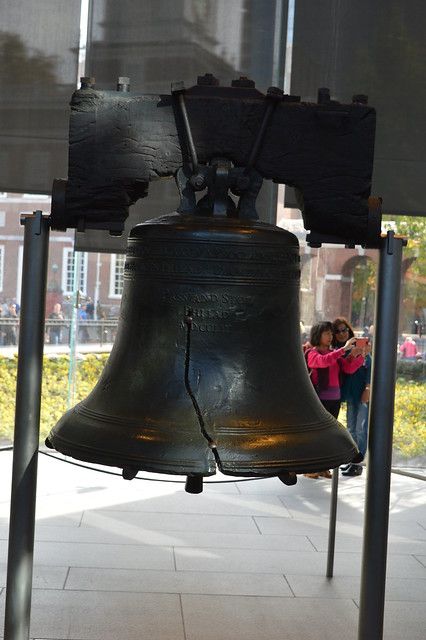 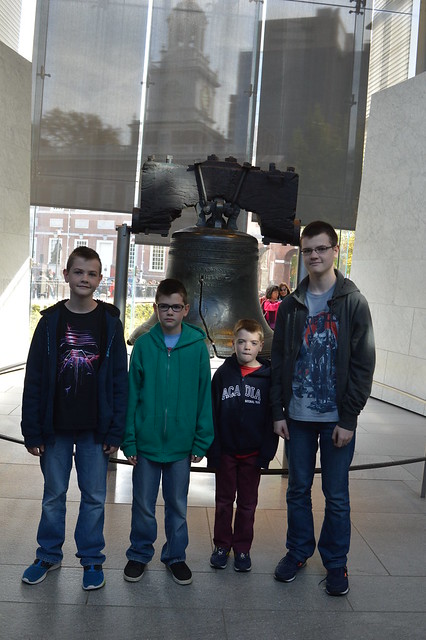 After our visit to the Liberty Bell, the plan was to go and explore Independence Hall.  However, all of the tickets for the day were already gone.  Completely bad planning on our part.  Tsk tsk.  We will have to return another time.  We, therefore, had to content ourselves with the adjacent Old City Hall.  Its significance rests in the fact that it housed the Supreme Court until the nation’s capital was relocated to Washington DC.  We had a quick gander and then we moved on. 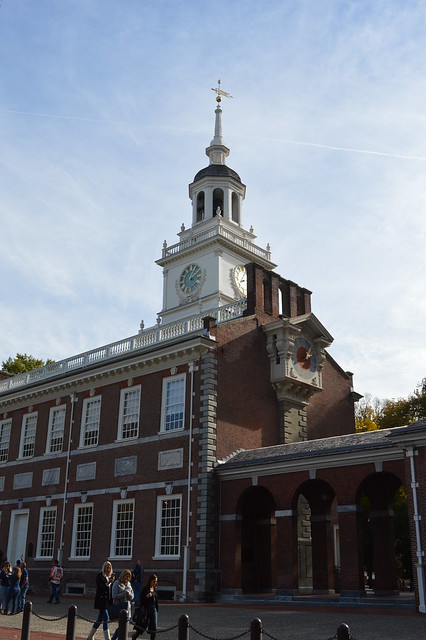 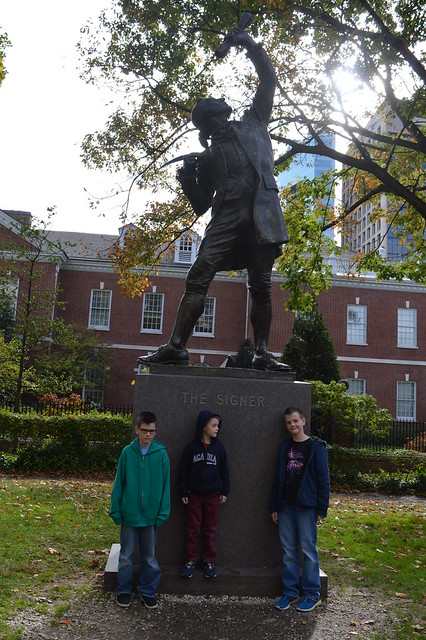 Sticking with the theme of America’s founding, our next pit stop was to see the grave of Benjamin Franklin.  There was a charge, however, to enter Christ Church Burial Ground.  Despite the modest fee, we decided not to pay so I had to content myself with a glimpse through the railings.  Oh dear.  Our planning for the day was really not going too well at all.  Happily none of this was the main event for my birthday day out. 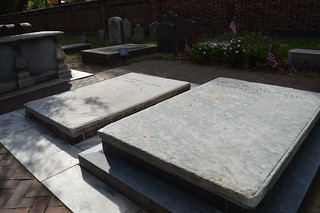 6 thoughts on “The Liberty Bell”