The main focus of my birthday trip to Philadelphia was to visit Edgar Allan Poe’s house in the city.  We decided to walk there from the Independence Hall area since it was a lovely Autumn day and it was only about a half hour walk.  The only snag was that we had to cross a major road but we did so safely since the traffic was moving slowly.  Still, we returned by a different route.  When Poe had lived in that property, it had actually been outside the city limits so it was interesting to think how much the city has sprawled since then. 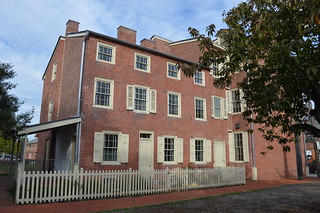 Poe’s house is one of three in which he lived in Philly but the only one still standing.  The property has been administered by the National Park Service as a National Historic Site since the 1970s and has been expanded to include two adjacent properties – which I think post-date Poe having lived there – so that one provides space for the museum and one for an additional staircase with fire doors.  Nevertheless, this Poe house was modest but much bigger than his Baltimore home, which we had visited in August.  A Ranger explained that he had been able to afford a year’s rent there after winning a literary prize.  The rooms were much more light and spacious than they had been in the dark and cramped Baltimore home and the staircases, while steep and narrow, were not as claustrophobic as in that property either. 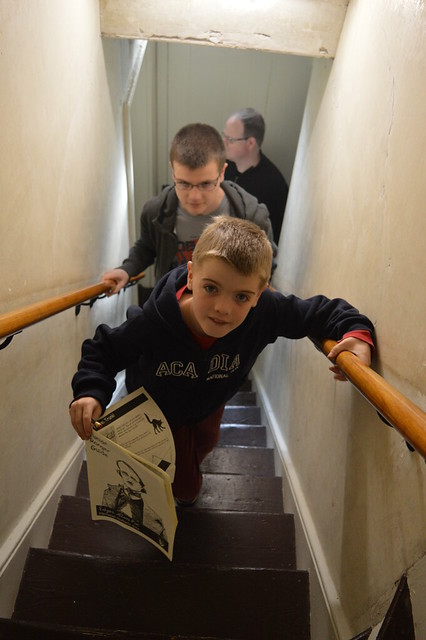 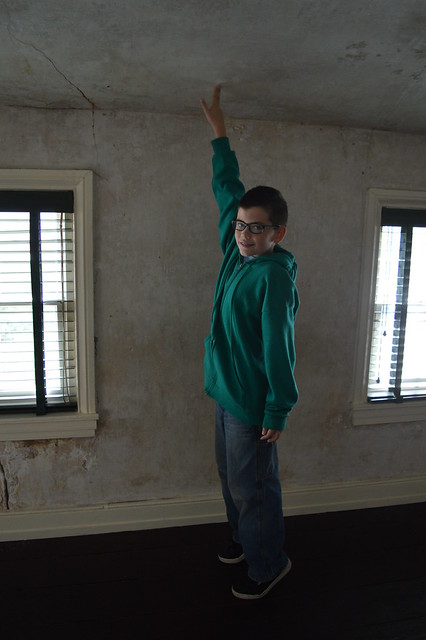 The house is kept in a state of “arrested decay”.  The spaces, therefore, give an impression of how Poe, his wife-cousin, and aunt-mother-in-law would have lived but they have not been furnished and there are no personal Poe family possessions on display.  I liked all of the walls covered in layers of peeled paint and the boys loved all of the closets. 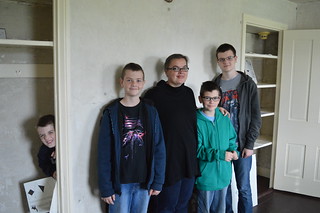 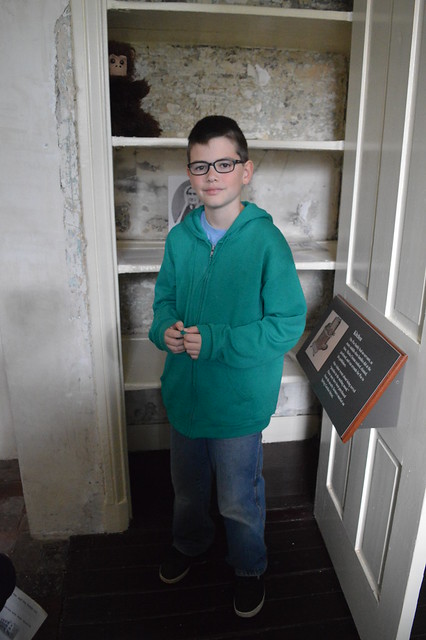 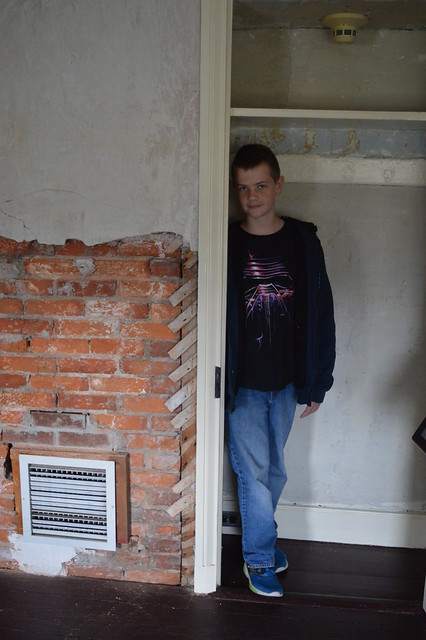 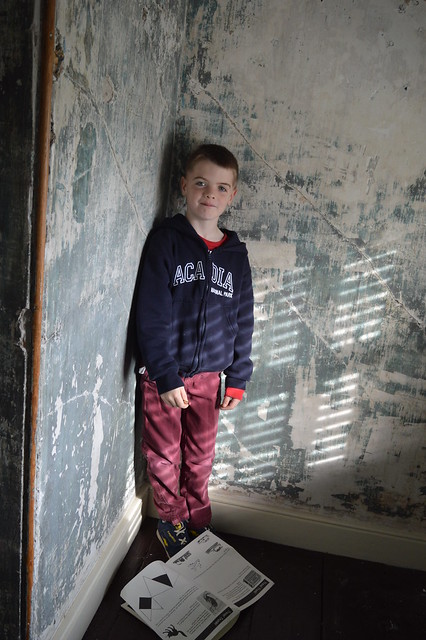 A highlight of the house was the cellar.  Since Poe is associated with all things eerie and creepy, it was fun to be in a dark and dingy cellar in one of his houses.  The Ranger had also sparked the boys’ imaginations by asking them where in the cellar they would stash a corpse.  Worryingly, they identified several possibilities.  Perhaps I should just be glad they are problem-solvers.  It is apparently possible that the cellar inspired the one described in ‘The Black Cat’ which appealed to my cat-obsessed 8 year old. 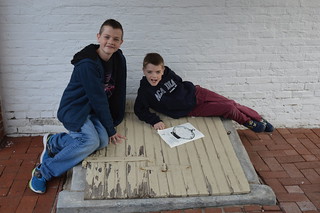 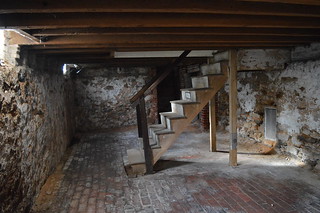 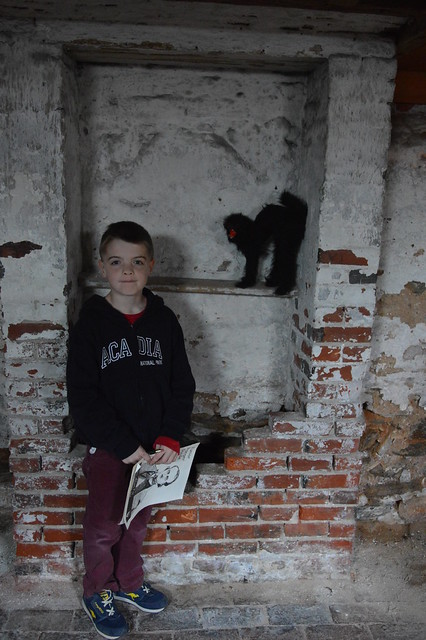 In the museum area of the site, in one of the houses that would have neighboured Poe’s one, there was a room set up as a reading room and a book case full of Poe’s works, books directly inspired by his works, and some volumes of Poe criticism.  My youngest son settled at a table and read a picture book.  Outside the property, there was a metal raven statue that we all liked and we also spotted a Poe mural on the gable end of a row of houses nearby.  So that was Poe’s Philly house and now I only have his cottage in the Bronx left to visit.  It is on my travel bucket list. 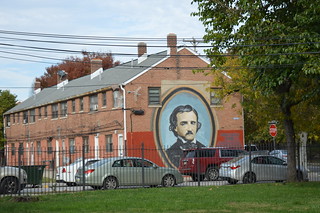 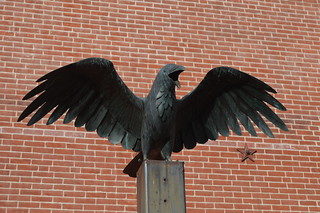 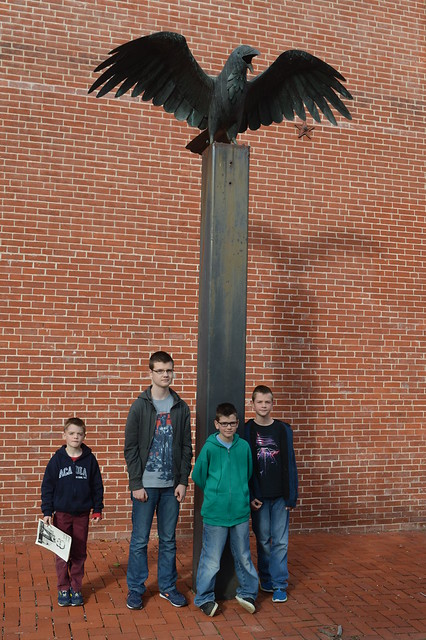 We departed Poe’s house and walked back towards the centre of the city.  We stopped in at Reading Terminal Market.  The only other time I have gone in there was also for my birthday trip, back in 2013 just after we had emigrated to America.  That was a bit of a disaster of a day and we had literally walked into one door of the market and immediately out of another because the kids were fizzing out due to the crowds.  It was definitely less crowded on that Saturday evening but the narrow rows between food stalls still made it feel a bit too bustling for me.  I really don’t do crowds.  My kids are mini foodies so their eyes lit up at the possibility of buying some special treat foods.  We came away with Cajun bacon, some fancy type of jerky, and some root beer – none of which are things I consume.  Then – because we were not done being foodies – we went to a restaurant named Indeblue that serves Indian cuisine.  All of we Picts love curries and Indian flavours so we ordered a selection of items from the menu to share as a smorgasbord.  It was all perfectly cooked and absolutely delicious and was the perfect way to end my celebratory day. 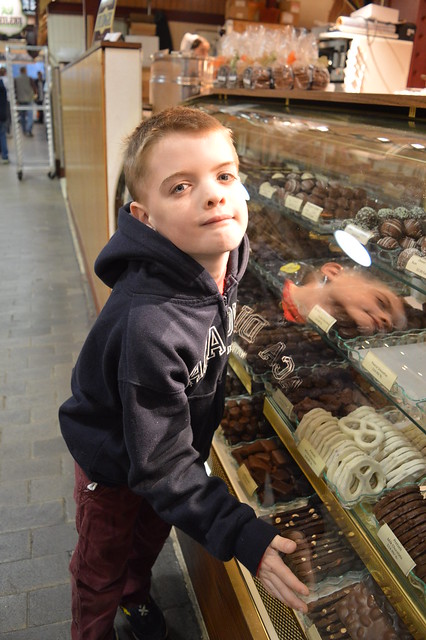 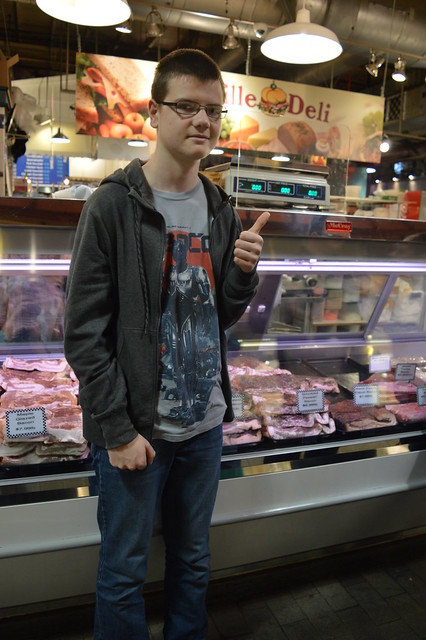 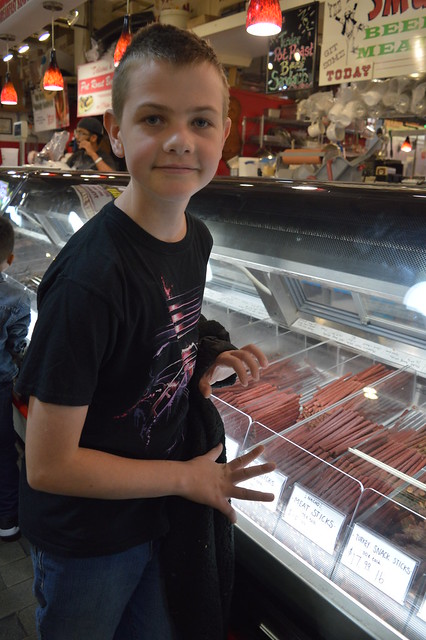 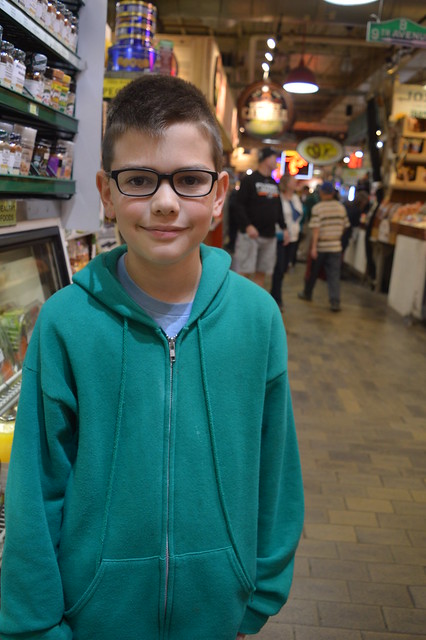