We had started our second day in Baltimore so early that we found we were leaving the city before noon.  We, therefore, decided to do something spontaneous as we drove through Northern Maryland and head to the Chesapeake.

We first stopped in Havre de Grace.  I have driven past the small city several times before but have never actually been in.  It looked quaint and picturesque, the type of place that would be pleasant for a stroll.  We went straight to the Concord Point Lighthouse, which is sited where the Chesapeake meets the Susquehanna.  During the War of 1812, the British attacked the city and, during that attack, Lieutenant John O’Neill manned the cannon single-handed in order to defend the town.  Injured and captured, the story goes that his 16 year old daughter rowed out to the British vessel and plead for her father’s release.  She was succesful and her father was released and the British Admiral awarded her bravery with an expensive snuffbox.  When the lighthouse was built in the late 1820s, O’Neill and his family were made its hereditary keepers as an expression of gratitude.  The granite lighthouse is 26 feet high with the lantern bringing it to 36 feet.  Although we could not go inside, apparently it is a rope ladder that allows people to ascend through a trapdoor to the lantern.  The keepers did not have to be accommodated within the lighthouse itself as there was a separate dwelling nearby. 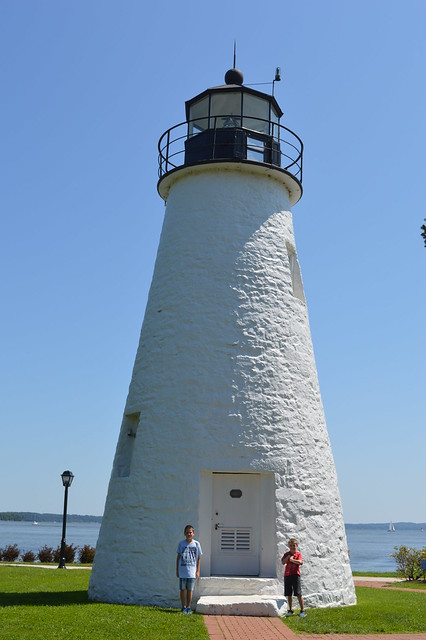 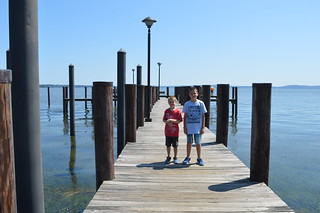 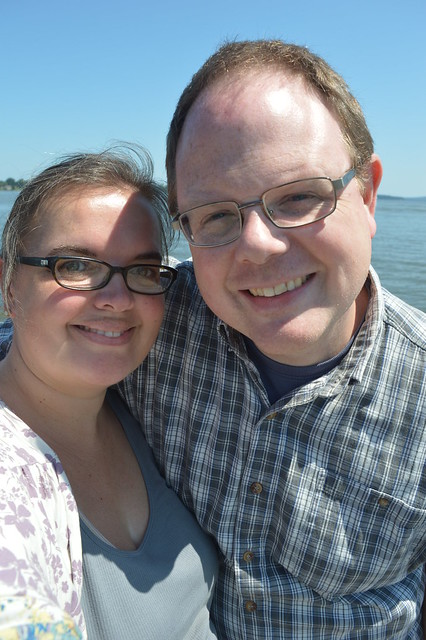 After our visit to the lighthouse, the boys were keen for a dip in the water.  We, therefore, headed to a town named North East – which also looked very pleasant – and Elk Neck State Park.  The kids immediately donned their swimming gear and rushed down to the shore.  The beach was rough, scrubby, and pebbly but the kids said that it turned to finer sand once they were further out in the water.  The incline into the water was gentle and the kids could get really quite far out while standing.  Beaches are not my thing but the kids had a blast swimming, splashing, and floating around.  It was a good way to burn off their energy before the rest of the journey home. 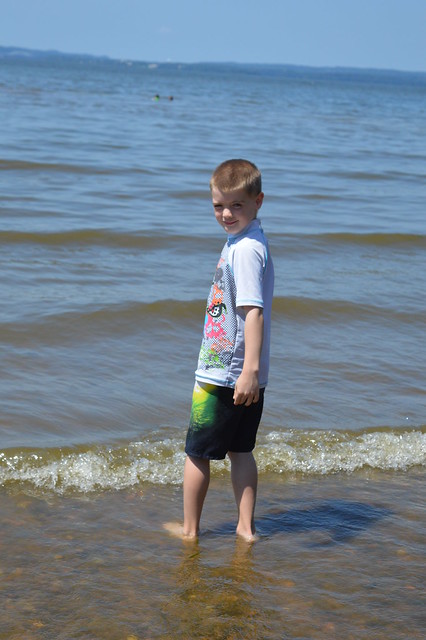 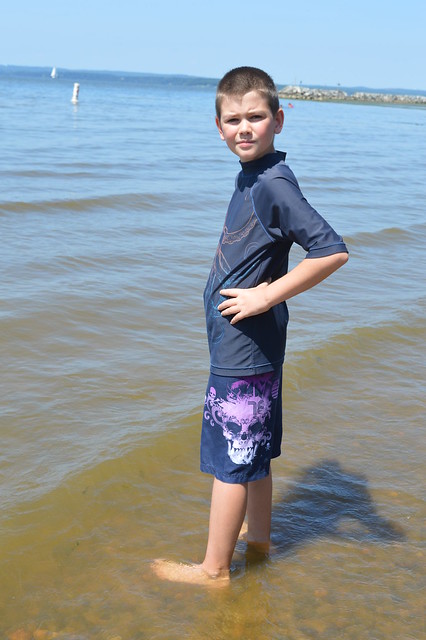 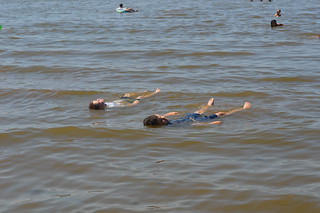 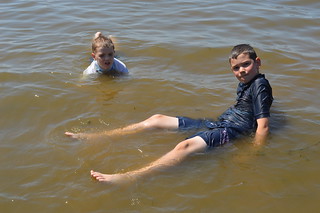