During our time at Fisherman’s Wharf, we visited the Musee Mechanique.  Housed in a dockside warehouse, this is essentially a museum of huge numbers of mechanical arcade games.  It is run by a family who have been collecting the games for generations and it is indeed an impressive collection.

One of the first items we encountered was a creepy thing called Laffing Sal.  This is a papier mache figure inside a glass case that was apparently designed to drum up interest in entering a carnival or sideshow.  When activated, it would move and laugh.  We chose not to activate it.  Ultimately, it was the weird creepiness of so many of the mechanical entertainments that most engaged me.  I rather liked that things were macabre and grotesque.  I cannot really explain why but I am a fan of horror movies so that may be a factor.  There were many such creepy things to be seen: a troop of freaky monkeys with dead eyes, dancing figurines with swollen heads and spindly legs, machines that acted out executions by hanging and guillotine (which my little kids adored), an organ grinder with a sinister overbite, and a drunk leaning on a lampost that looked like a Gerry Anderson puppet that had fallen on really hard times. 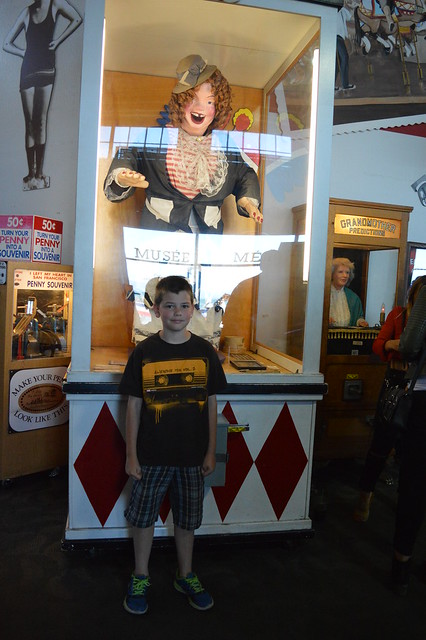 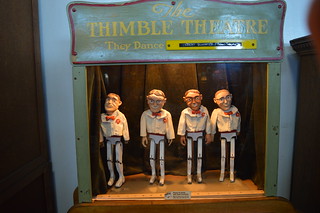 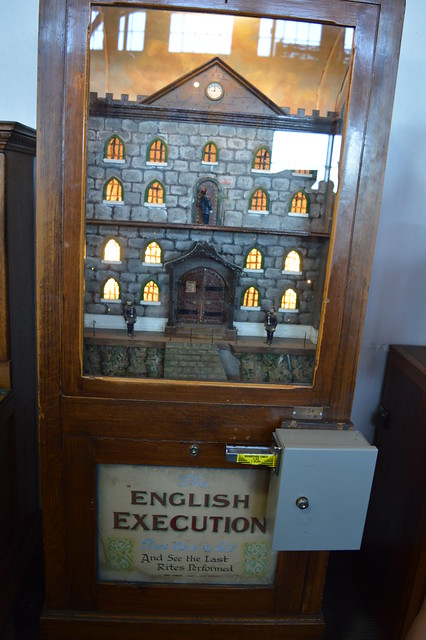 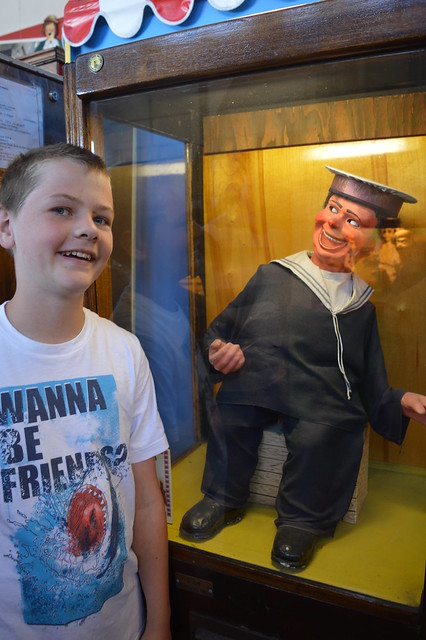 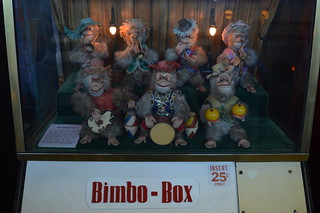 The kids thoroughly enjoyed all of the good old-fashioned fun.  These boys have grown up with technology like video games but they were completely entertained by simple pinball machines, whack-a-mole, love testing machines, and fortune tellers – including one that had been updated to feature the Hogwart’s Sorting Hat.  There were also self-playing pianos – something I have always loved – and peep shows, mutoscopes, and dioramas – including, bizarrely, one depicting an opium den.  In the centre of the museum, there was a huge diorama depicting a carnival complete with sideshow.  Mr Pict got very caught up in the nostalgia of the place.  He found lots of arcade games that he had played in his youth and, of course, had to have a go on each and every one of them.  It was a great place to spend a little time and a small gobbet of money. 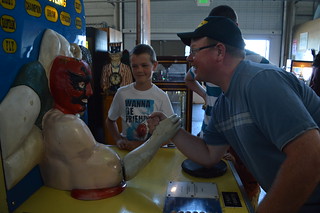 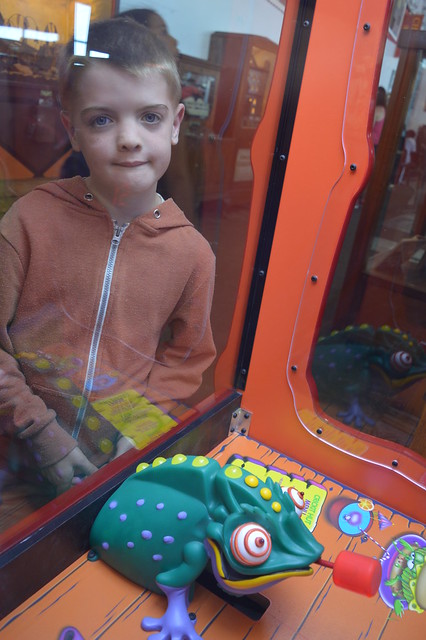 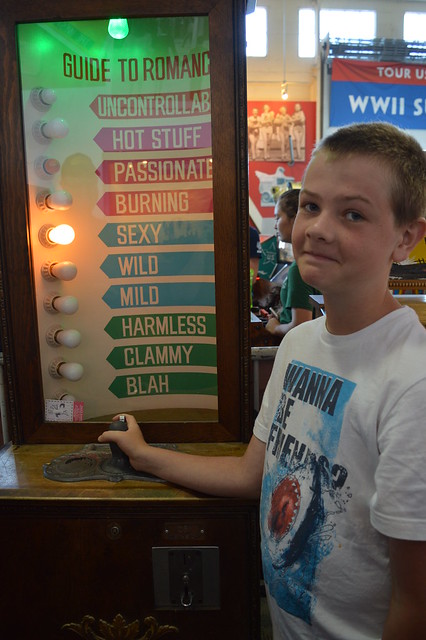 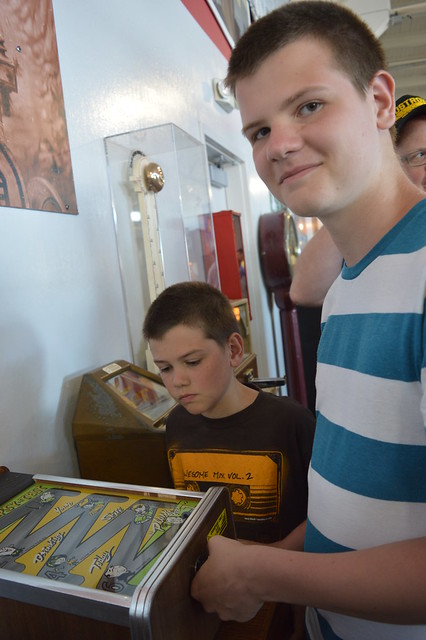 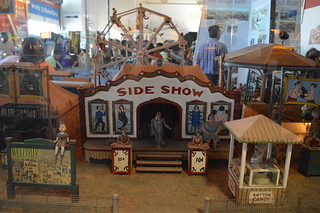 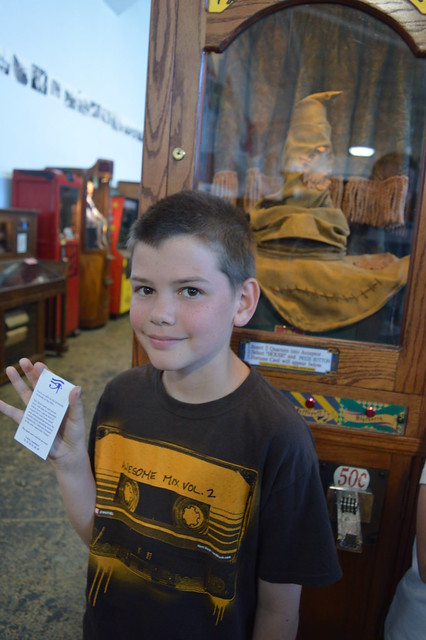 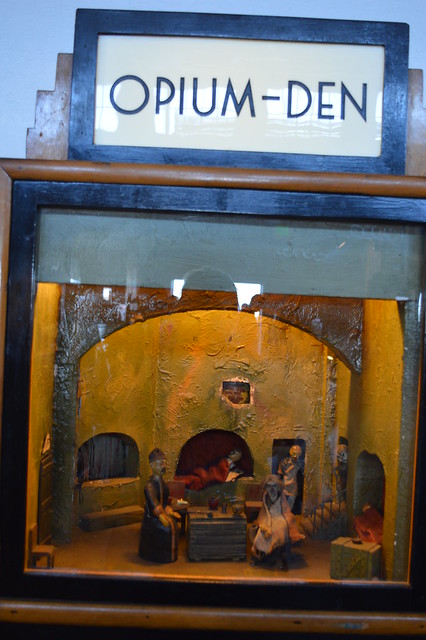 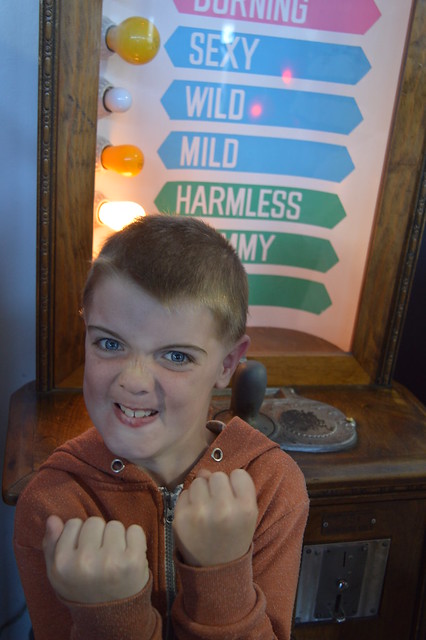 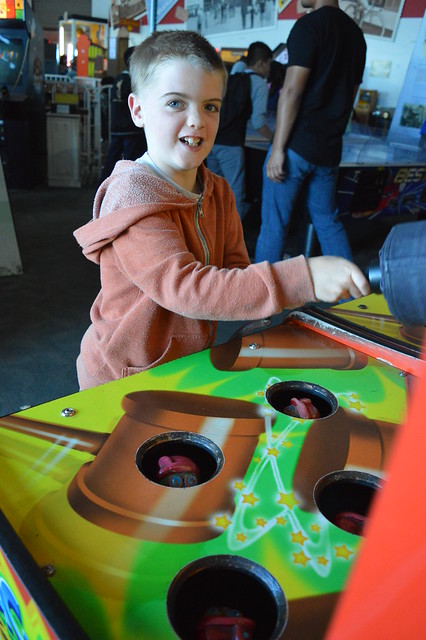 Driving out of the city, we had a scary moment on one of its notoriously steep streets.  We had to halt at a stop sign while on some kind of extreme gradient.  We could barely see if there was anything coming from either direction on the cross street, which was one problem.  The bigger problem, however, was that Mr Pict – who I am so glad was the one who was driving – found he could not get the car to move forward when he put his foot on the accelerator.  Instead, the car insisted on rolling backwards.  We realised that – having spent most of our lives driving manual cars – we had zero idea how to manage a hill start in an automatic.  Mr Pict tried to find that catch point between brake and accelerator but it just wasn’t happening.  We were at a stand-still.  There were soon two cars lined up behind us.  This was pressure for two reasons: those drivers were getting frustrated because we were blocking their way and, if the car rolled back again, it would now smack into another vehicle.  Bum-clenching, jaw-tightening, stress.  I thought worst case scenario was that we were going to have to call on the police to help us out of the situation.  I was trying to google a solution when frazzled Mr Pict decided just to do a full blown Dukes of Hazzard move and accelerate to the max, straight into the cross road, where luckily we were not met by other cars.  I was so stressed that I could actually hear my own pulse.  We decided to avoid going up any other steep roads.  In San Francisco, that is a total ordeal.  We took the most circumlocutious route but we successfully avoided any repetition of that completely terrifying episode.

We were staying at a hotel near the airport so as to be as convenient as possible for our early morning flights.  By happy coincidence, we arrived to find that there was a happy hour event happening in the reception area, with free drinks and nibbles.  Free sangria was a welcome tonic for the stress of that drive out of the city and a pleasant way to end the fun of our 2700 mile road trip. 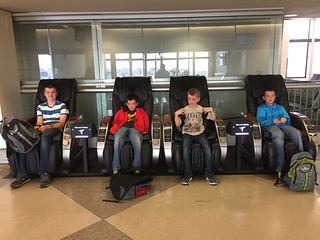