After Bodie, we headed back towards Mammoth Lakes to see the local sights.  Our first stop was Mono Lake.  Mono Lake is a saline soda lake that is apparently even saltier than the sea.  Water from the lake was diverted to Los Angeles which substantially lowered the water level, increased its salinity, and exposed the tufa.  There was some sort of controversial and maybe debunked finding of non-carbon based life discovered in the lake – but that is science and I know nothing about that.  We opted to pull over at a park and take a walk down to the lake.  We should have done our research because there was no access to the water from the park.  Instead there was a boardwalk that led us down to the shore line to see the tufa.  It was a pleasant but frustrating short stroll, frustrating because I had wanted to see more of the landscape than I was able to see from the boardwalk. 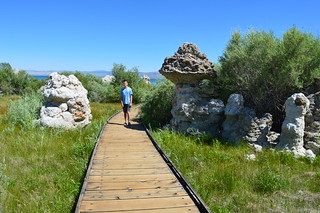 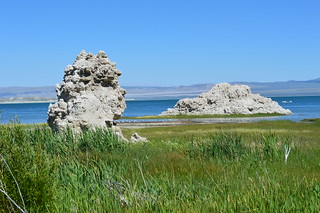 Next up was Hot Creek Geological Site.  This is a creek that tumbles down from the Sierra Nevada as very cold water but at the spot we visited, near Mammoth Lakes, the creek meets a magma-heated geothermal spring and heats up, bubbles, and steams.  From the car park, we could look down over a short wall to the creek below.  The pools immediately drew our eyes not just because they were steaming but mainly because they were a vivid, bright turquoise.  Mr Pict and the Pictlings decided to stay at the top while I took a walk down to water level.  Theirs was actually probably the better vantage point for viewing the pools but from ground level I could observe the creek water bubbling and little fish darting around.  I could also smell the distinctive smell of sulphur. 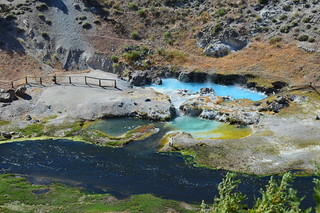 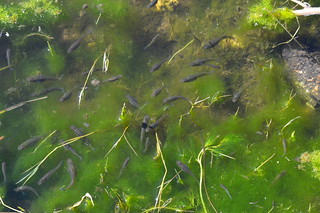 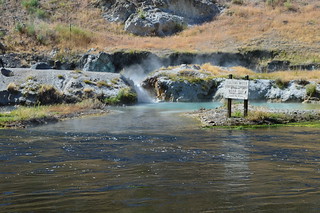 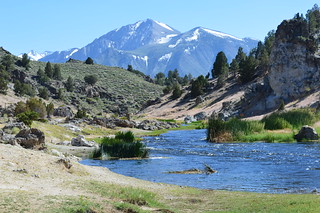 The kids were eager to go for a dip in some water so we took a drive through the lakes that give the town its name and finally reached Horseshoe Lake, one of the few lakes that permits paddling and swimming.  What we had not anticipated, as we drove up the mountains, was that there would still be snow on the ground at Horseshoe Lake.  The air temperatures had been so baking hot that it just seemed improbable that there could still be snow that had not melted but snow there was.  Our kids loved it.  It is not often that one gets to wear shorts and t-shirt in the snow after all.  The whole area had a weird, somewhat eerie quality to it because of the hundreds of dead trees.  Apparently an earthquake had led to carbon dioxide venting through the surface and killing off the trees.  Sounds like a safe place to let the kids play, right?  My kids decided they would act out the plot of ‘The Lorax’ given the setting.  I mean, what else would one do when surrounded by devastated truffula trees?  So there was a dramatic performance, snow to play in, but no swimming.  Despite the intention being to go for a swim or at least a paddle, as soon as they dipped a toe into the water they thought better of it.  It was freezing.  This should have been abundantly clear from the fact that dogs were playing in the water but the only humans out on the lake were in canoes. 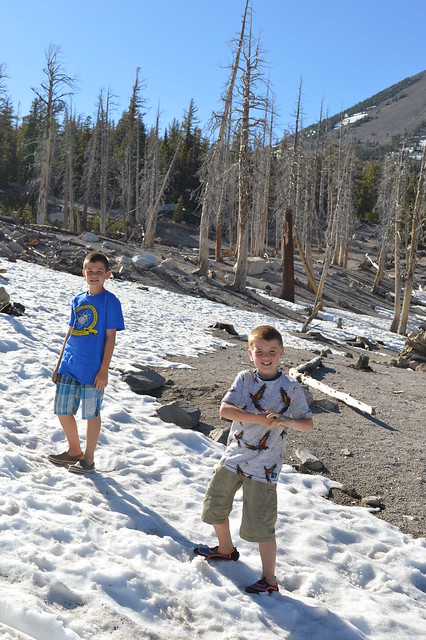 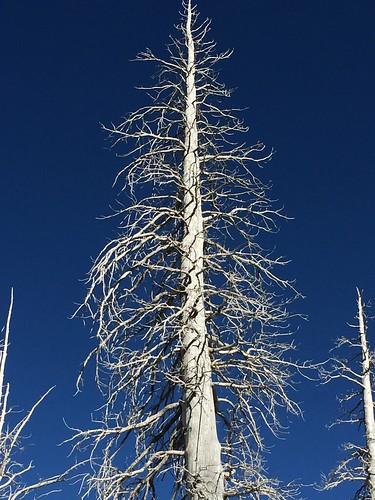 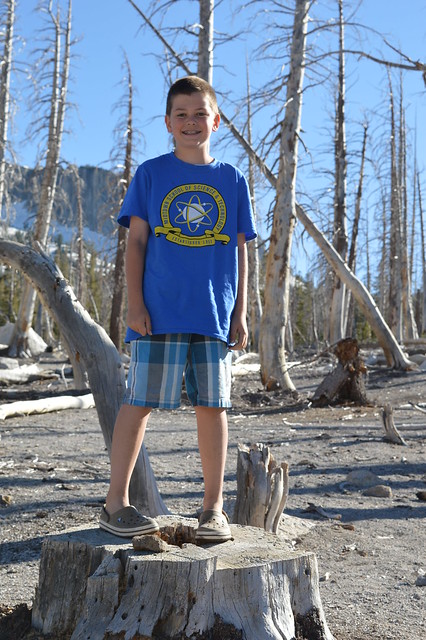 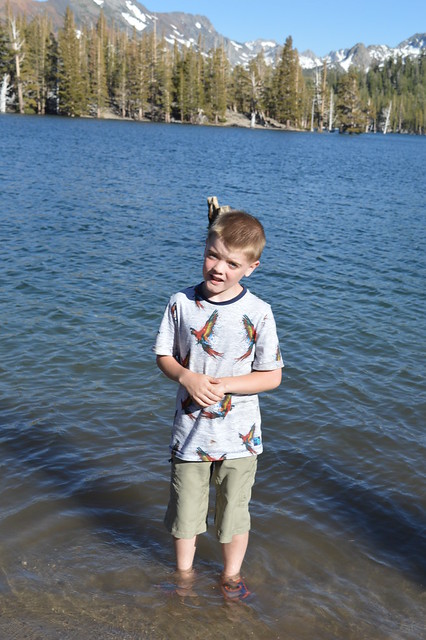 The whole Mammoth Lakes area is stunning and has a lot to see and do.  Mr Pict and I both agreed that we wished we had spent more time at Mammoth Lakes and sacrificed our time in Las Vegas – though we might have regretted not taking the kids to see Las Vegas. 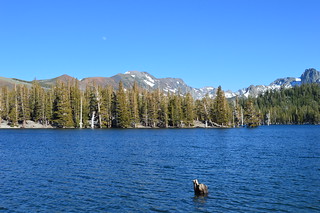