After spending all day in the searing heat, I had never been so glad to flop onto a bed in an air conditioned room as I was when I entered our hotel room in Las Vegas.  You may have noticed, however, that we don’t do relaxation on our road trips.  Nope, it is all about cramming as many experiences into our time as possible.  We, therefore, had a quick refresh and then we headed back out for the evening.  Partly this was because we were hungry and had to go in search of food, since we had no kitchen or dining facilities in our hotel accommodation, and mostly it was because we felt the kids should see the lights of Vegas in the darkness.

We were staying in a hotel a good few blocks away from the strip so we travelled by Shank’s Pony towards Las Vegas Boulevard.  For various ridiculous and unplanned reasons, we ended up eating in the Hard Rock Casino.  We are not gambling people so were fairly clueless when it came to the rules about where the children could and could not be inside the casino, something we had to navigate since there was no completely clear border between the casino floor and the areas designated for dining.  We asked a member of staff who explained that the children could actually cross the gambling area of the casino (the area was machines rather than the gaming tables) in order to do things like access the restrooms but the rule was that they could not stand still.  I suppose the rationale is that the children could be protected from gambling so long as they were only observing it at a passing glance rather than spectating.  In any case, my youngest son took this to mean that he could not stand still at all ever when inside a casino so he spent all his time acting like he had medieval dancing mania.  The ridiculous thing was that the children could sit still in the eating area and completely observe the folks who were attached to the gambling machines, firing in money on repeat, and pressing buttons.  It certainly held little interest on no appeal to my kids.  Anyway, the food we ate at the Hard Rock Casino was surprisingly good and the service was efficient so we were fed, happy, and back out walking in no time at all. 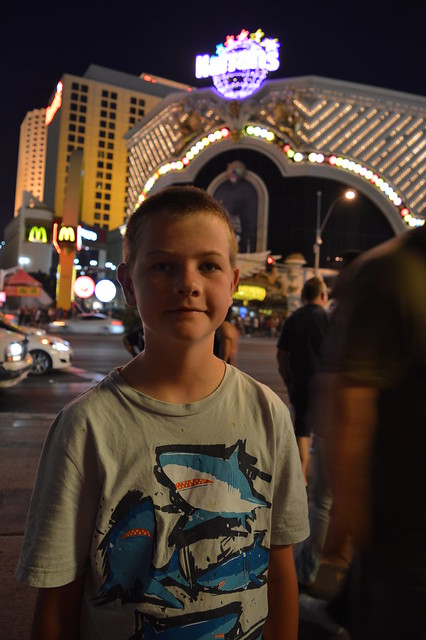 Full disclosure: I am not a fan of Las Vegas.  I don’t gamble, I despise crowds, I hate feeling hassled, I dislike loud noise, I am not into lavish excess, all the things that the city is famous for.  However, I do think that Las Vegas looks at its best at night time when all those lights and neon prettify the place.  The first place we headed to was the Bellagio – or rather the exterior of the Bellagio.  We wanted to see the fountain display.  We dodged and ducked through the crowds and darted across the wide roads and made it in time for the show and even managed to get a decent viewing spot.  The fountain display takes place on a lake in front of the casino.  It’s basically just some dancing water synchronised to music and it is pretty brief but it is well done and it’s free.  Free is one of my favourite words when travelling so, from the Bellagio, we walked further along the Boulevard in order to find a spot near the Mirage.  Despite the throng, we lucked out and found a great viewing spot for their volcano show.  Both Mr Pict and I thought it had improved since we saw it.  It was a pretty impressive display of lights and flames. 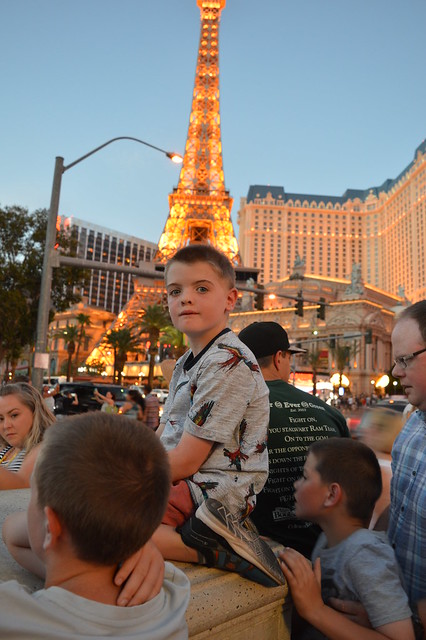 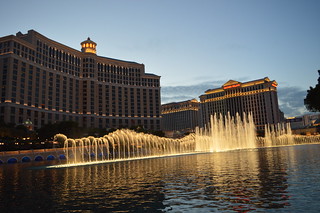 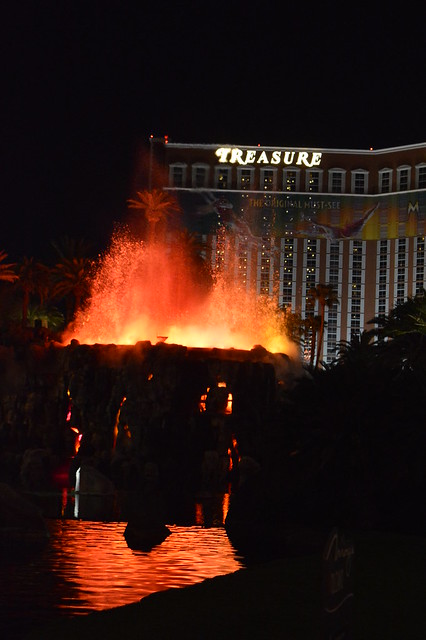 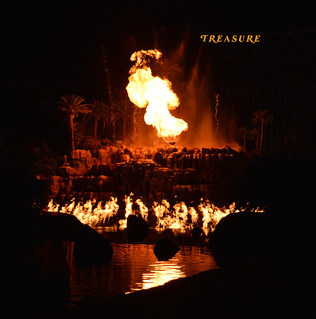 After witnessing two outdoor shows, between the temperatures (it was still almost 100 degrees despite being late at night) and the crowds, we were all feeling really hot and bothered.  We, therefore, headed into the Venetian because I remembered being impressed by it when I was last in Vegas and – more critically – it was nearby and had air conditioning.  The kids, however, were not feeling it.  They perked up a bit when they thought they might go on a gondola ride but I burst their bubbles and that made them even more mopey.  In fairness, we had been to Zion National Park, Lake Mead, the Hoover Dam, and Las Vegas all in one day.  It was time to call it quits and head back to our hotel.  We all contemplated the long walk home in the sticky heat.  We decided to treat ourselves to a cab ride.  It was a good investment.  The hotel pool was open 24 hours a day so – although it was after 10pm – they decided to go have a swim and play in the pool.  Vegas is the party city after all! 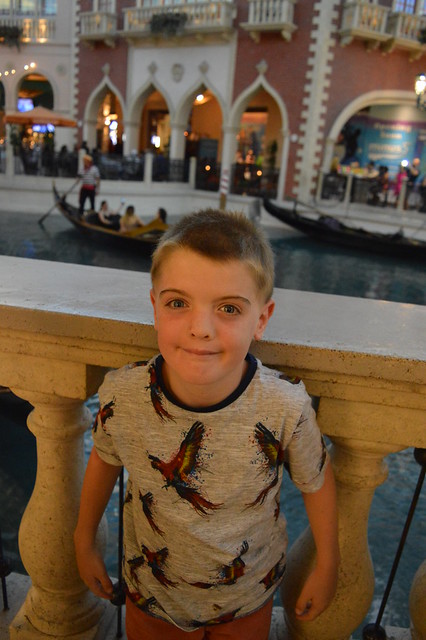 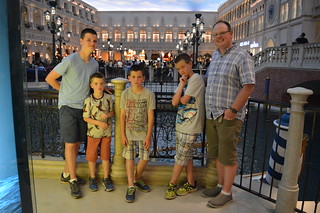