When we adopted Peanut in February, we were told he was three months old.  This gave him a November birthday.  The boys – particularly my youngest two – were very keen to celebrate Peanut’s very first birthday so they organised a little celebration party for him.  Peanut and Satchi shared a can of tuna, a special treat for them, and the humans got to eat some carrot cake.  It was sweet to see the kids making such a fuss for their cat’s birthday.  I cannot believe how much Peanut has grown in the nine months since we adopted him.  He is almost big enough to fit his ears now. 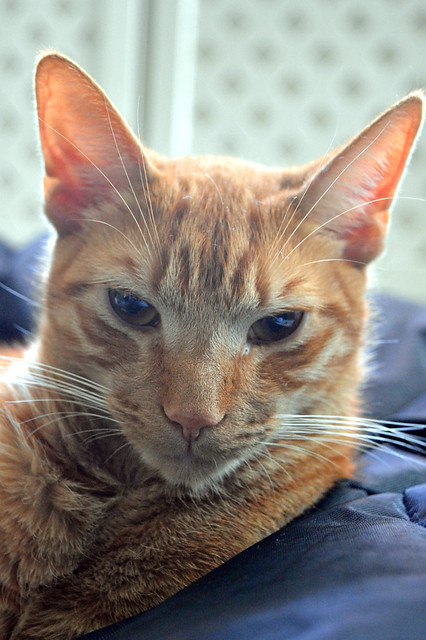 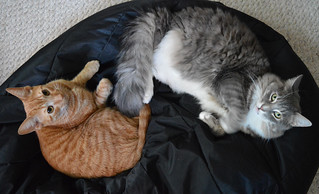