Next up in my drive to complete my Inktober sketchbook is this little illustration of Edward Scissorhands.  I recently rewatched the movie having not seen it for many moons.  I was pleasantly surprised with how well it holds up and I still think it is Danny Elfman’s best score.  Despite seeing the character on screen only a short while ago, I am pretty sure I have those critical scissorhands completely and utterly wrong.  It’s funny that the most iconic thing about the character design is the thing I could not conjure up in my mind’s eye as I drew him.  Despite the hands – which are probably more garden shears than scissor blades – I do think Edward is instantly recognisable from my illustration. 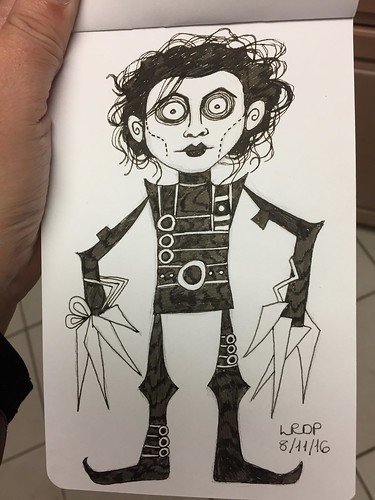