On Saturday we visited the Harry Potter Festival held in Chestnut Hill, another suburb of Philadelphia.  This was our third year of visiting and it has become a family tradition to attend.  We almost did not go this year as we had a three way schedule clash to contend with, I have a pretty debilitating chest cold, and the weather was cold and rainy.  My Potterphile kids were aghast at the idea that we might not go along to the Festival this year, bottom lips pouting out like open drawers, so when our schedule clashes were cancelled because of the weather we decided to head on over to Chestnut Hill.

The first year we went to the Festival, it was a delightful experience.  There was lots of space to wander around and really absorb the magical atmosphere and observe the efforts the people of the town had gone to in order to turn their town into Hogsmeade.  There were also very few long queues so the kids could get involved in all sorts of activities and really make the most of the day.  Last year when we went, it was evident that the organisers were struggling to manage the vastly swollen number of visitors.  Longer queues and more crowds meant we had to get the kids to prioritise what they wanted to do because there was no way we could complete their wish list.  This year, I would estimate that the number of people attending had increased tenfold.  It was unbelievably busy for what, in essence, is a local fete – albeit one with a theme that has massive appeal. 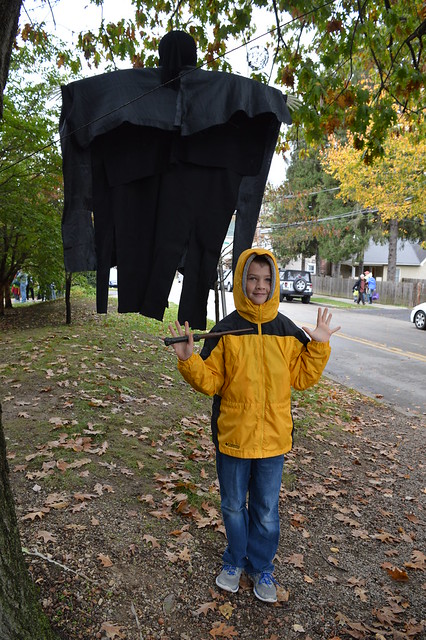 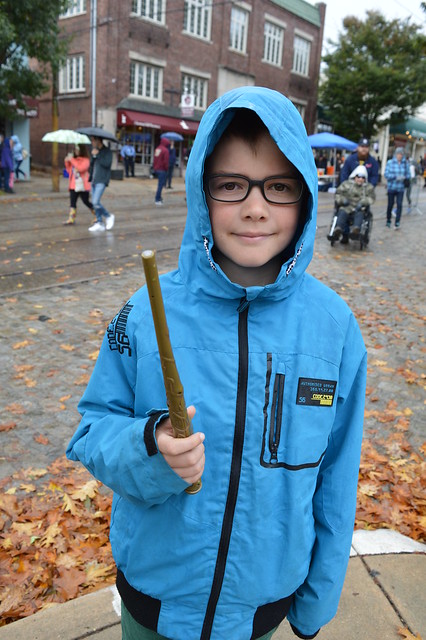 We were very lucky to secure a parking spot a few streets back from the town centre so that our walk was not too long, especially given it was cold and raining.  As soon as we hit Germantown Avenue, however, we were met with a wall of people.  I will state that the atmosphere was still brilliant.  A large proportion of those visiting were either in full costume or were wearing clothes related to Harry Potter.  My own children were wearing Harry Potter themed t-shirts but did not have them on display since they were wearing two layers on top.  We had a great time seeing people all dressed up, including a baby in a front carrier dressed as a mandrake and a dog with a harness that turned him into Fluffy the three headed dog. 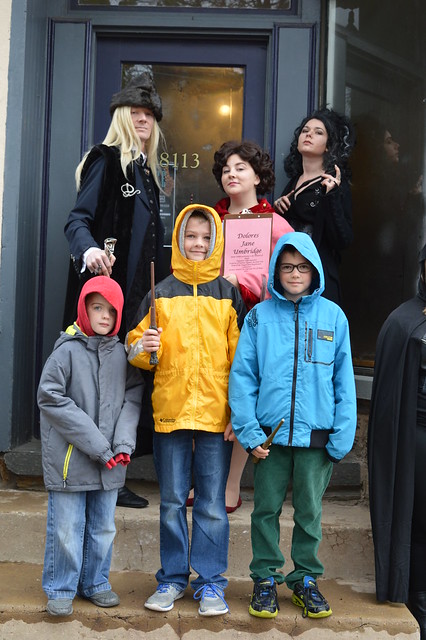 The crowds, however, were just intense.  There is no other way to describe it.  They got so thick at the train station end of town that it was impossible to move other than be carried along by the crowd.  I spoke to two cops who were being pushed along beside me and one commented that it was a bit crazy thinking about how challenging it would be for them to move quickly towards an incident.  I do not do well in crowds at all.  It makes my anxiety spike and makes me feel aggravated and, with the kids, a little panicky.  Everyone was being completely lovely about being squashed together and were being very accommodating and understanding but it was still pretty stressful.  The numbers of people also meant that the queues for every activity, stall, and shop were staggeringly long.  I overheard a whole lot of people complaining about the dearth of portapotties in town and that queues were often an hour or more long for those that were available.  We were lucky that none of us ever needed a comfort break. 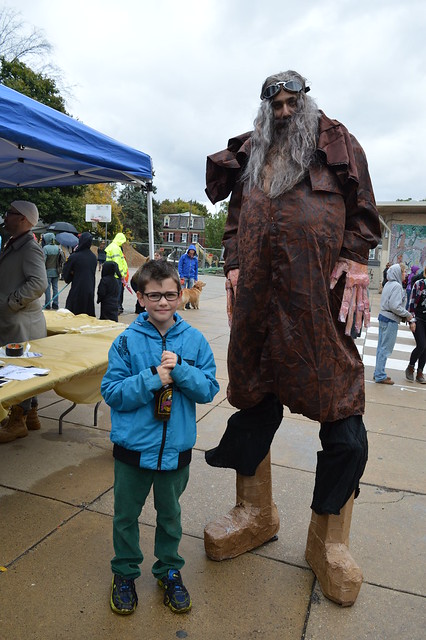 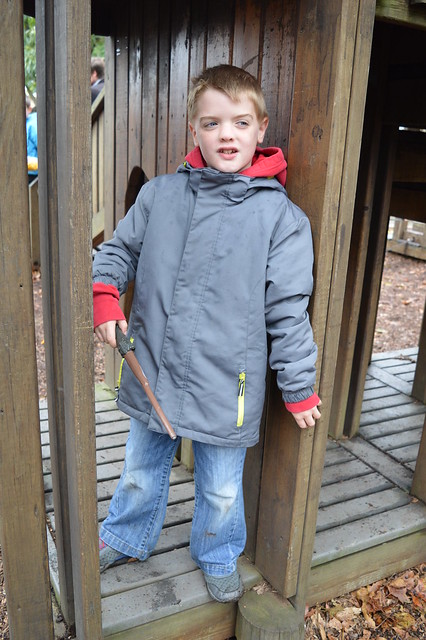 We did manage to squeeze into a couple of activities.  Two of the kids bought potions in the grounds of the Jenks Elementary School and the other two snagged the last two bottles of butterbeer.  They also got to have a go on some manual typewriters which they loved.  It was peculiar to me to think that a machine that saw me through my undergraduate degree was now being considered something antiquated and alien to kids.  They had no idea how to operate them, tapping the keys way too lightly as they would a computer keyboard.  Furthermore, the children (not just mine) seemed to have no idea what to do when they reached the end of the line.  I could  see mine searching the keys for a return button.  I showed them how to push the lever and move the roll along.  And then I realised that a mother standing next to me also had no idea how to operate a manual typewriter.  That made me feel very old. 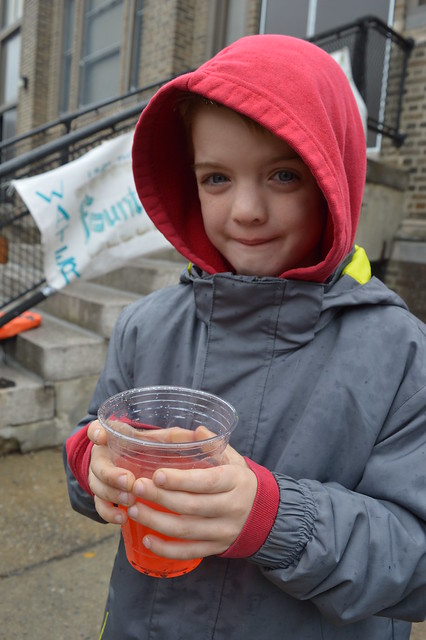 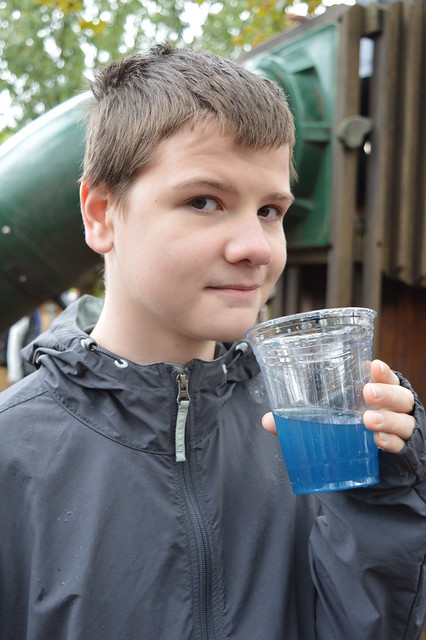 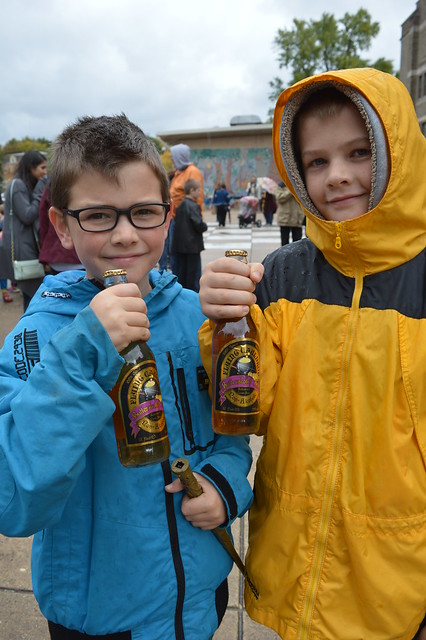 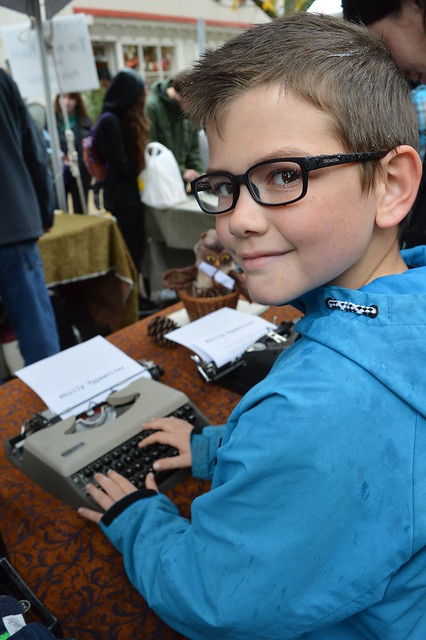 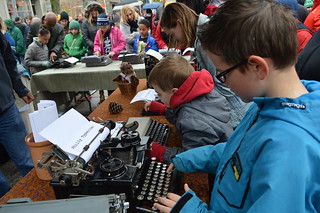 As Potterphiles, we will definitely return to the Festival next year.  Hopefully lessons will be learned and adaptations made but I wonder if anything can be done (beyond more portapotties and perhaps pedestrianising a larger stretch of road) to really accommodate the massive crowds in attendance.  But we will give it another go next year and see if things have improved so that we can enjoy the Festival again as much as we did in our first two years. 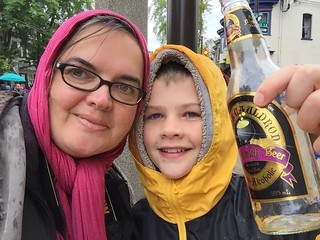