While yesterday’s Inktober drawing took me a good while, I had to keep today’s drawing short and simple.  The Drawlloween prompt was “Phantom Phriday” and at first I thought of drawing the Phantom of the Opera.  However, I painted the Lon Chaney version in my altered book last year and wanted to avoid simply replicating that but I could not think of an alternative version who would be freaky enough for my sketchbook.  So then I thought of a phantom as being a ghost and that seemed much easier and simpler to draw in a hurry this morning.  No filling in, just line work.  Job done and so far I am keeping up with this challenge to draw daily. 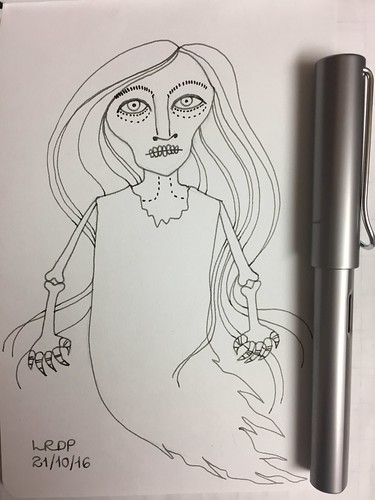