After a day of thought provoking stimulus at the Creation Museum and Ark Encounter, we needed an unstructured day where the kids could be wild and feral.  They had done a great job of containing their thoughts and opinions so it was time to let loose and be uninhibited.  Therefore, as we trekked east across Kentucky, we popped into the Daniel Boone National Forest.

The National Forest has been in existence since the 1930s (though it was only named after the famous frontiersman Daniel Boone in the 1960s) and covers a vast expanse.  Given we had a child with a broken arm and time was required in the day to get from Kentucky to West Virginia, we knew we could not accomplish anything too adventurous in the forest.  The kids fancied swimming in a lake so we settled on an area called Two Knobs (honestly) where the map indicated there was a swimming beach.

My aversion to sand is well recorded on this blog but this beach was covered in the worst possible kind of sand.  It was actually just dry and gritty dirt that happened to abut a body of water.  It also was not a very clean beach.  There was litter all over the place and thousands of cigarette butts.  Given the beach was manned by wardens and we had to pay for the pleasure of parking within the forest’s boundaries, I was disappointed that the beach was not being maintained to a better standard.  Despite it being picturesque and peaceful, grit and litter is rather yuck.

Nevertheless our boys loved the water. Sitting in a little bowl shaped dip, surrounded by hills and trees, the lake was a muddy colour but very warm.  While three of the boys swam and splashed, the 9 year old and we parents paddled.  Feeling ticklish, we realised that there were little fish nibbling at our toes. It was a weird feeling but quite pleasant.  When I was a child, I was swimming in a river when a shoal (if that is the word) of eels rushed past me.  They felt slippery and muscular and left me feeling a bit claustrophobic.  Not a pleasant feeling.  But the little nibbly fish were quite welcome.  I have never had that treatment where you shove your feet in tanks to get dead skin cleared off by fish but I could understand the appeal.  The 9 year old was delighted.  It somewhat made up for not being able to swim.  Maybe. 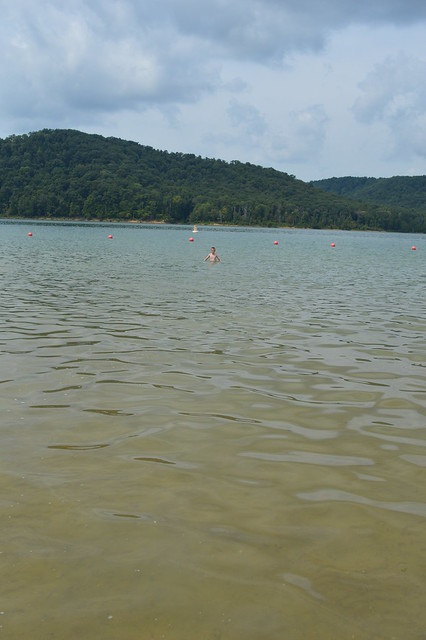 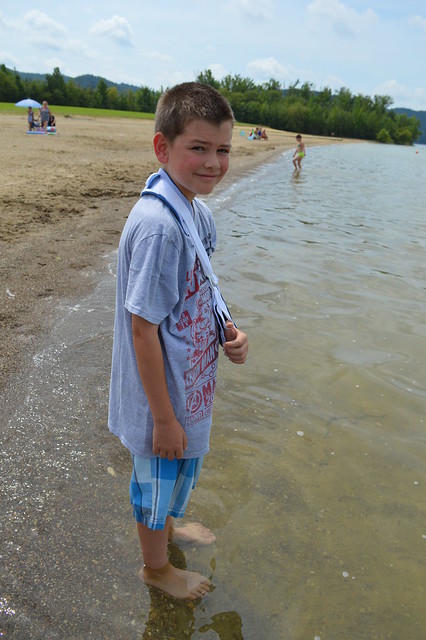 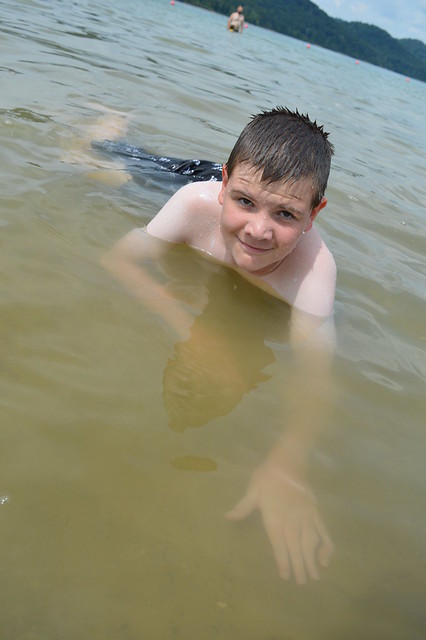 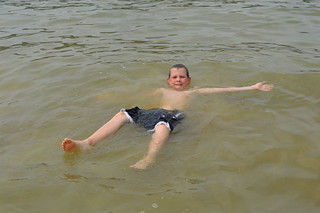 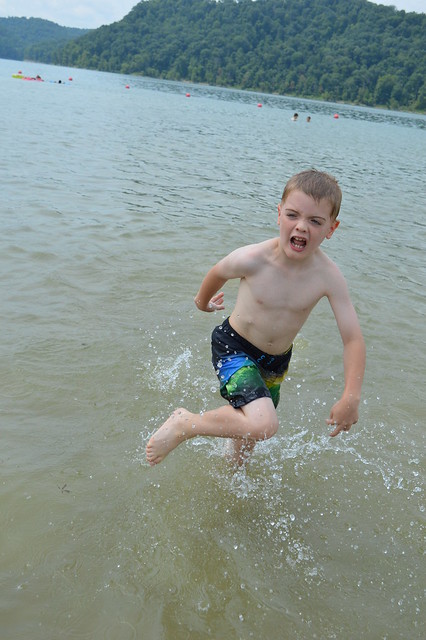 We crossed the border into West Virginia that afternoon and immediately searched for a place to eat.  We found a lovely place in Hurricane called the Fireside Grille.  I am not sure if it is part of a chain or not but we had certainly never encountered another.  It had the feel of a gastro pub, was clean and tidy and had a nice atmosphere.   The service was excellent and, while the menu was simple, the food was all really well made and delicious.  I had an amazing beer and cheese soup with a chicken salad sandwich but it was so stuffed that I became too stuffed to finish it.  My husband and 10 year old had shrimp and Mr Pict declared that the blue cheese dressing he had with the salad was the best he had ever had.  Somewhat predictably the other three had burgers.  The youngest two had cheeseburgers with wonderfully fluffy, potatoey, crunchy coated fries (I know because I stole one) and my oldest customised a burger which was cooked perfectly medium-rare and to which he awarded four out of five points on his burger scale.  And with that pit stop I got to claim West Virginia, my sixth new state  – and last new state of this trip – and 31st state overall. 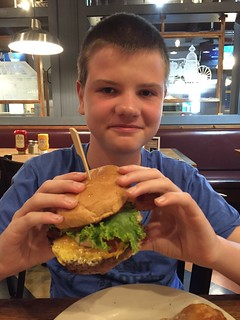 Our hotel for the next two nights was the Country Inn and Suites in Beckley.  Given all of our accommodation hiccups we were a bit trepidatious about staying somewhere untried and untested for two consecutive nights but it turned out to be the best accommodation on this road trip.  The hotel was lovely, spacious and spotless, and our room was great.  It also had the boys’ favourite swimming pool of the road trip.  The indoor pool – and there was also a large whirpool tub type pool – was large and had a little underwater tunnel through which the outdoor pool could be accessed.  The orthopedic doctor in Chicago had said it was OK to swim in a pool so our 9 year old could actually swim on his back in the whirlpool tub since he did not have to use his broken arm and nobody else was using it. 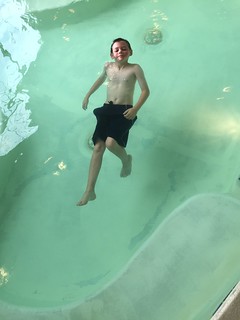