After spending a big chunk of the day in the dark vaults of the Rock and Roll Hall of Fame, we all needed some fresh air and to burn off some energy.  We were driving from Cleveland to Toledo so decided to take a more coastal route.  Skirting the shore of Lake Erie, we decided to pull over and go for a paddle and swim.  The beach we chose was called Lakeview and was somewhere in Lorain County.

This was mine and the kids’ first experience of any of the Great Lakes.  I had obviously read about how huge they were and looked at them on maps but in the same way I could not truly appreciate the scale of the Grand Canyon until I saw it for myself I could not appreciate the vastness of the Great Lakes until I was standing on the shore looking at them.  Had I not known any better, I could have sworn I was standing on the edge of a sea.  In fact, I kept tripping up over my words and referring to the lake as the sea.  It even had waves.  Fresh water but with waves. 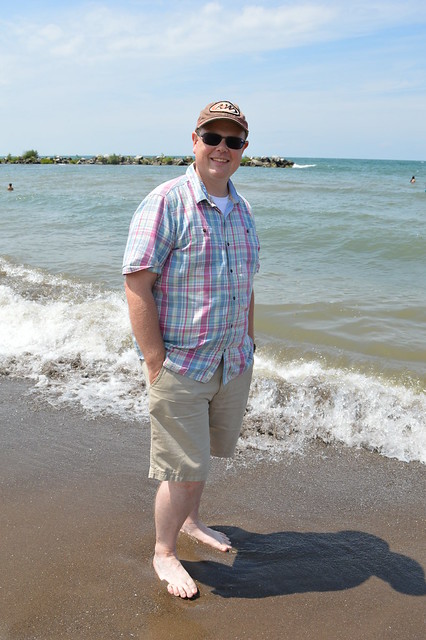 Mr Pict and I chose just to paddle but the boys changed into their beach clobber and dived straight into the water.  I do love that we have reached the stage in our parenting careers where all of our children can swim so that we can keep an eye on them, of course, but also relax when around water and not have to hover over them.  The area they were allowed to swim in was actually very shallow so even the 7 year old with his short legs could still touch the bottom on his tip toes towards the outer edge of the swim area.  The kids had a whale of a time playing in the water and on the sand but their excitement peaked when they found a dead fish floating in the water.  That was when I remembered the warning of the Lorax.  It had seemingly come to pass that Lake Erie was too polluted for the fish.  Maybe it was time to get the kids out of the water before they sprouted extra eyeballs. 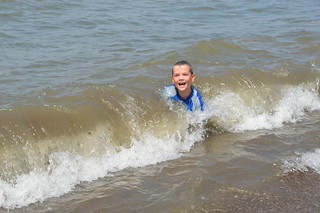 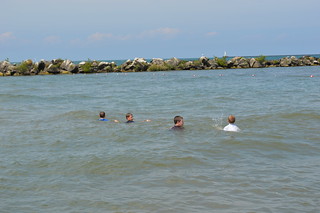 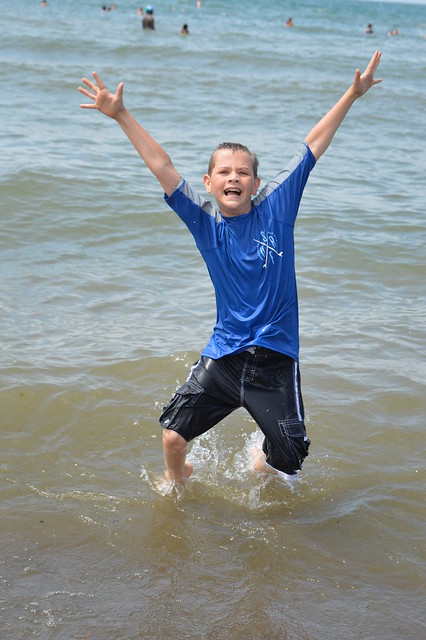 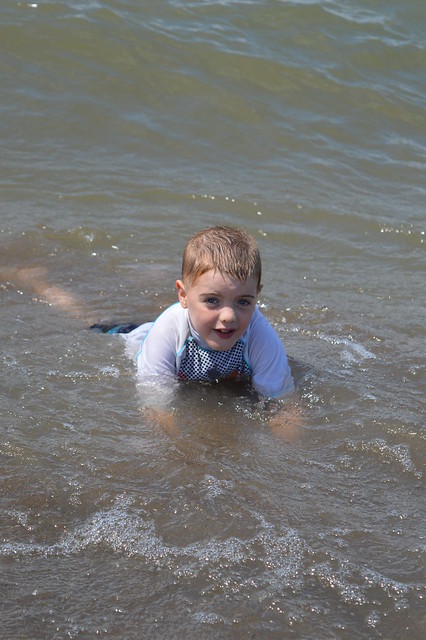 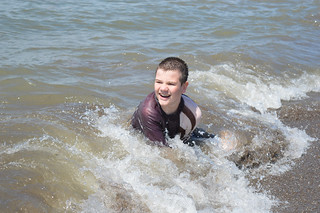 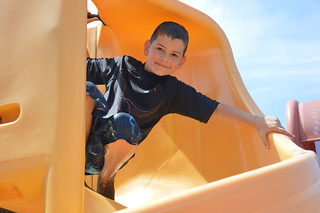 We drove along the coastal road through some moribund places and some charming towns like Vermilion and then at Sandusky Mr Pict and I decided to take a detour onto the Marblehead peninsula to the north so that I could see a lake lighthouse.  Mr Pict and the kids do not find lighthouses interesting but I have a mild obsession with them (one that could become a major obsession if I didn’t keep it at bay) so Mr Pict was happy to both undertake the detour and distract the kids so that they were not aware that we had gone off the road to Toledo.

The Marblehead Lighthouse is the oldest lighthouse in continuous use on the American side of the Great Lakes.  There are a lot of clauses in that sentence but basically I felt it was important for me to visit the lighthouse.  In operation since 1822, the lighthouse has been operated by 15 lighthouse keepers, including two women, and transitioned from whale oil to kerosene to electricity.  It would have been very interesting to see inside.  Sadly, however, it was closed on the day of our visit so I could not go into the lighthouse, just circle around its exterior.  My two youngest sons accompanied me and enjoyed playing on the rocks and clambering over huge chunks of driftwood.  We also witnessed a couple marrying on the shore, my kids no doubt appearing in the background of their wedding photos, and found the skeleton of a bird.  Such is life. 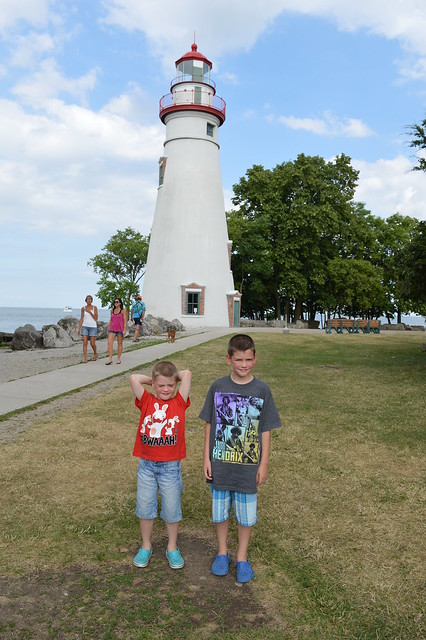