Another of our summer “pot luck” activities was a study of shape and colour.  The idea was to create a silhouette, divide it up into sections, and then fill it with different shades of the same colour.

My ten year old, a comic book fanatic, decided to draw the recognisable silhouette of Batman.  Green is his favourite colour so he filled Batman with shades of green and that made us think how cool it would be if farmers could make their fields into silhouettes so we could all enjoy the fun shapes when flying overhead. 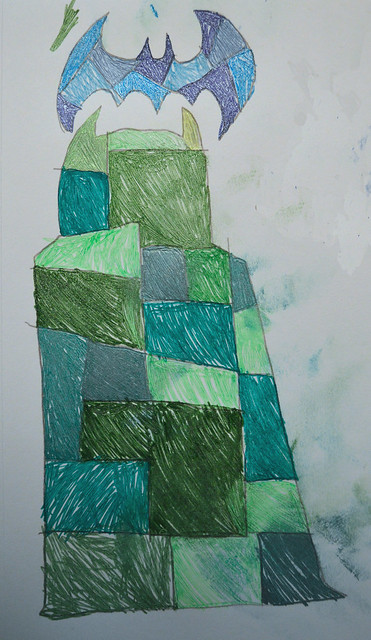 My nine year old kept things simple and symmetrical with the clean shape of a butterfly.  He used gold and silver gel pen to colour it in which gave it a very pleasing shimmer in the sunlight. 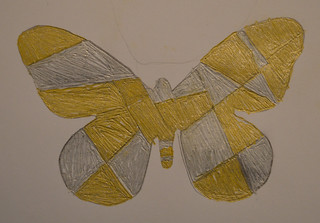 My thirteen year old chose a love heart and filled it with mostly metallic blue gel pen ink.  The glossiness of it made me think of a faceted gem stone. 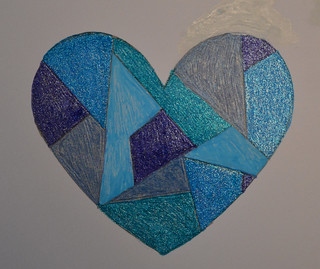 My seven year old went off piste a bit.  That is OK.  It is all about being creative after all.  He drew funny little monster characters and divided them up using lines and then coloured them.  One is a wee weirdo guy he called an “Igor beetle” and one is – as he explained – a “vampire butterfly”. 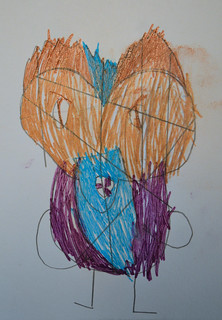 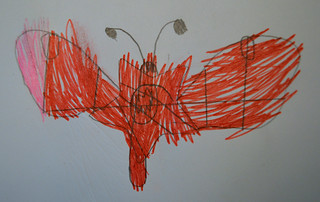 I drew the silhouette of a pig and coloured it using watercolour pencils in neutral, stone shades.  It kind of looks like a patio shaped like a pig. 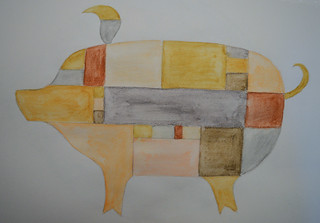