Memorial Day weekend seems to be the traditional starting point for all things summer in these parts – outdoor swimming pools open, people crank up their barbecues, people start wearing less clothing, sunglasses are donned – and this Memorial weekend was a scorcher, a welcome dose of sunshine and heat after such a dreich (dreary) Spring.  We Picts decided this was the perfect opportunity to go an explore another of Pennsylvania’s state park so we headed towards the mountains and to Locust Lake State Park.

The area had been deforested in the 19th Century because of mining and lumber operations in the area.  It was reclaimed in the 20th Century as an area for fishing and I assume has particularly recovered since it became a state park in the 1960s.  Now there are trails through woodland, camp sites, and a decent sized central lake where people can boat and swim in designated areas.  It was this latter activity that the boys were especially looking forward to – especially after a long drive in a warm car.

Our first stop off was at a play area in the woods.  After being stuck in the car for quite some time, the boys had energy to burn off so the climbing frame was perfect.  The youngest two practiced their simian skills on the monkey bars and then they copied their ten year old brother in trying to find a route climbing over the frame rather than using it how it should be used.  There were points where they freaked themselves out a bit by getting stuck but they persevered and found a way up, over, and down on their own.  Good confidence building stuff. 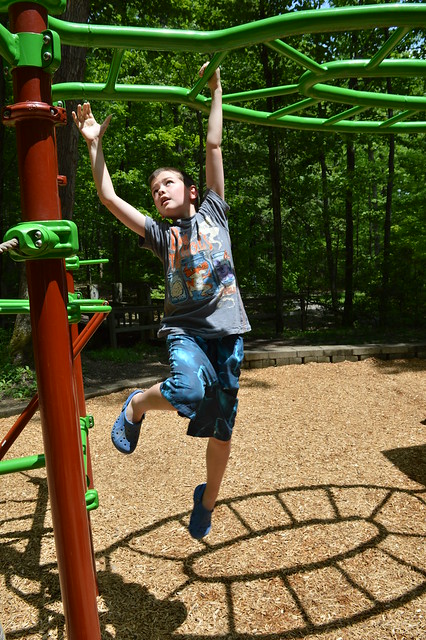 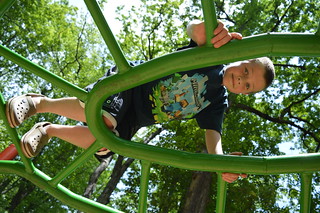 A hop, skip and a jump through a wooded glade brought us out onto a stretch of the lake shore that had a beach.  This was not a sandy beach, however.  It was more like coarse grit.  It was not entirely pleasant underfoot but then again I am not the best judge since I generally loathe sand of any kind.  The Pictlings certainly did not mind the gritty sand at all and were soon paddling in the water and enjoying how cool it was.  The area roped off and designated for swimming is pretty shallow so the water had actually been nicely warmed by the sun.  That way it was cool but not chilly.  Perfect swimming temperature actually.  Now that all four of my boys are good swimmers, it is a much more pleasant experience to take them somewhere like this.  Mr Pict and I can just sit back and relax while watching them swim and splash and play rather than feeling like we are in a constant state of high alert, reading to spring into Baywatch mode at any instant.  The kids had a wonderful time swimming back and forth in the water. 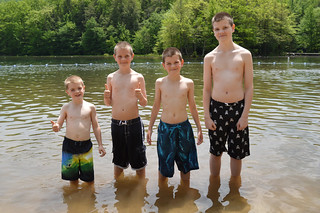 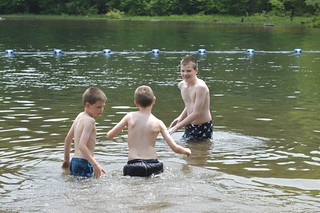 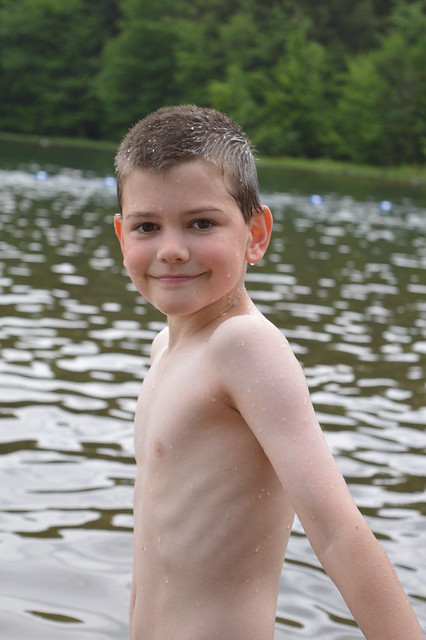 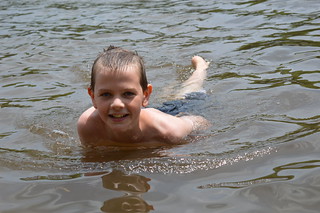 Once they had finally had enough of the water, we decided to take the (very) easy trail around the circumference of the lake so they could dry out and we could all stretch our legs before getting back in the car and heading home.  They did their usual thing of complaining and moaning about how boring the walk would be and then absolutely loving it and not wanting to leave.  My kids are pretty feral – you might have noticed – so within reason we let them go bare foot and get off the beaten track.  They, therefore, turned what might have been a brief stroll into a miniature adventure assault course.  There were some outdoor exercise equipment staging posts that they incorporated into their wanderings but mainly it was about balancing along fallen trunks and wading through burns and shallow creeks.  We didn’t encounter any wildlife beyond that which we find in our own garden (squirrels, chipmunks, and birds) but they did find some freshly hatched gloriously blue robin eggs to study. 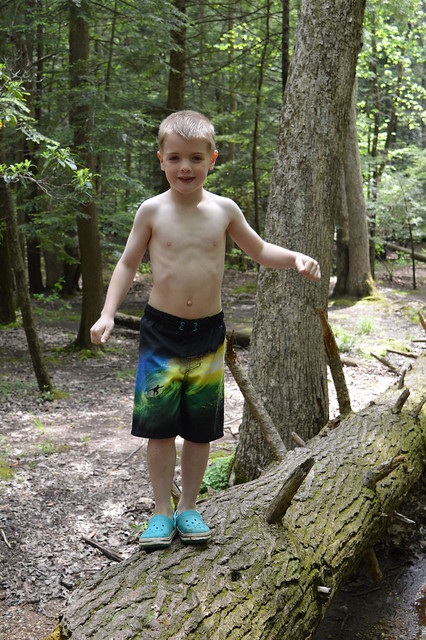 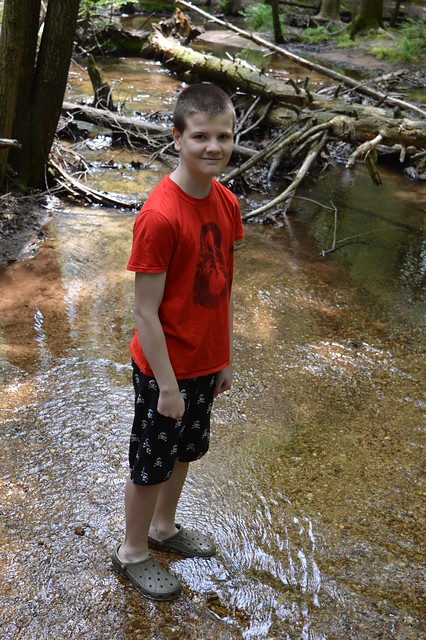 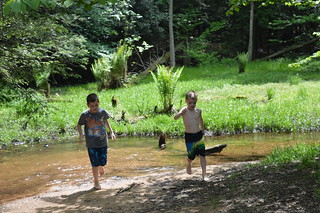 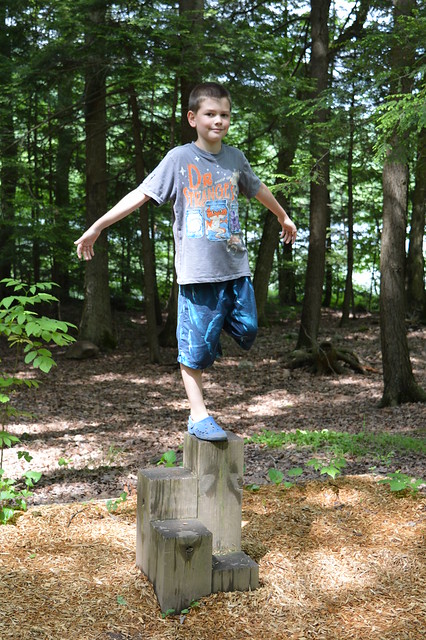 We had a really lovely day out.  We have not had much time for whole family activities in recent months as there have been so many commitments and schedule clashes and such like to contend with.  We, therefore, really welcomed some uninterrupted time as a family of six, especially since there was no phone reception.  Locust Lake was a charming spot and we will definitely need to return some time, maybe in late summer.