Given the area around Philadelphia is a veritable feast of Revolutionary era history and sites, we have done a feeble amount of exploring of this era of America’s past.  We had fun visiting the Constitution Center almost a year ago and not so much fun watching a reenactment of Washington’s crossing of the Delaware in December.  We could also argue that we had done some War of Independence learning at Fort Mifflin except that the theme of the day was not that conflict but was instead all about pirates.  Spring Break, therefore, presented us with an opportunity to get out and visit another Revolutionary era site.  Off we marched to Valley Forge.

Valley Forge was where the Continental Army wintered over 1777-78.  It was easy to see why the spot had been chosen.  Obviously it was close to Philadelphia so logistically it was a good choice.  Topographically, however, the spot provided great vantage points over the surrounding land which I am sure was useful tactically, making it easier to spot the British approach and easier to defend, and also gave the troops access to important natural resources such as water and timber.  Those advantages did not prevent thousands of soldiers dying from disease, exposure and malnutrition, however. 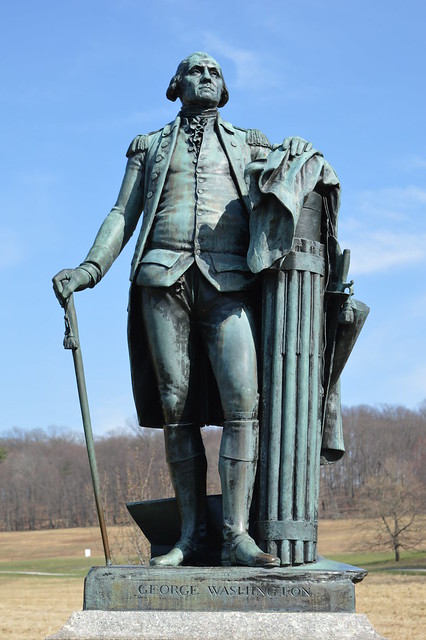 My kids were in one of their obtuse moods where they refuse to learn anything directly.  We, therefore, had a quick nip into the lovely visitors centre only long enough to get our National Parks passport stamped and for the adults to dash around some of the exhibits while the kids whinged.  Time to learn through the soles of our feet.

First up we visited a reconstructed redoubt (a temporary fortification) which the kids enjoyed running around on.  There was also a nearby canon for them to study and, yes, climb on.  Then we visited some nearby log huts.  These are on the site of where the troops of General Peter Muhlenberg set up camp and each hut appears to demonstrate a different stage of completion, to illustrate how the soliders would have constructed them.  The boys had a whale of a time playing make believe inside the huts, around the open fire pit, and the bake oven. 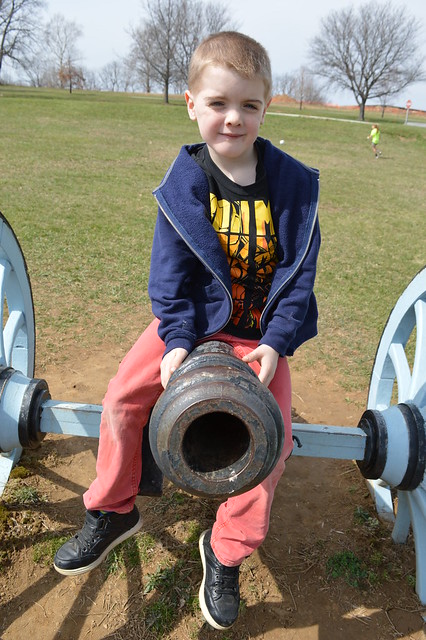 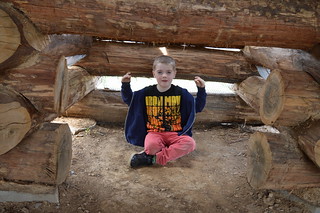 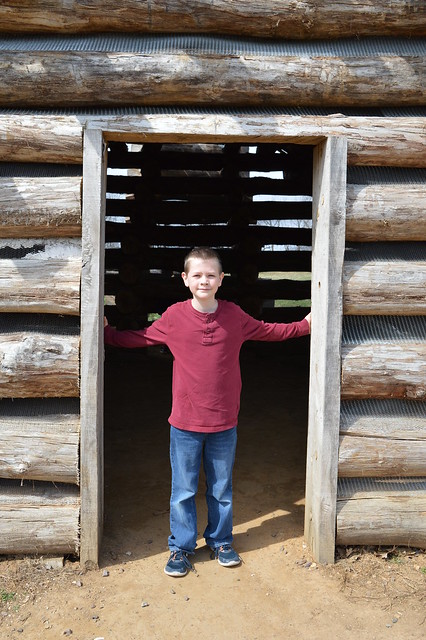 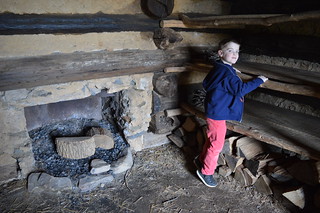 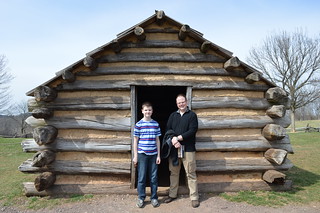 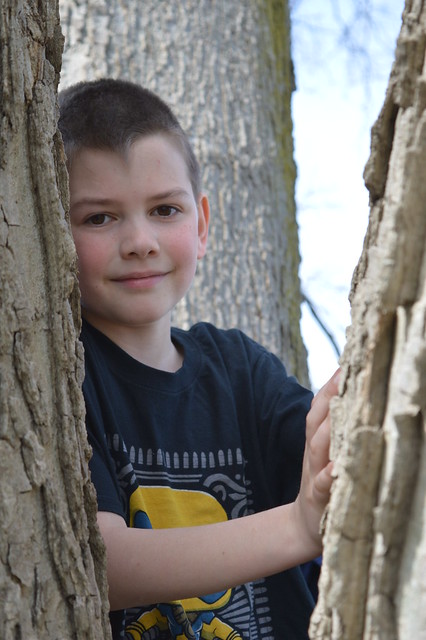 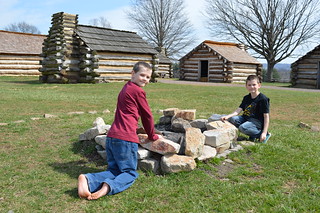 We then wound our way past a statue dedicated to General “Mad” Antony Wayne and arrived at the National Memorial Arch.  This imposing arch, echoing the Arch of Titus in Rome, dominates the surrounding landscape in its scale and design.  I went to have a closer look at it with my youngest two boys who especially loved the gargoylish faces carved into its columns. 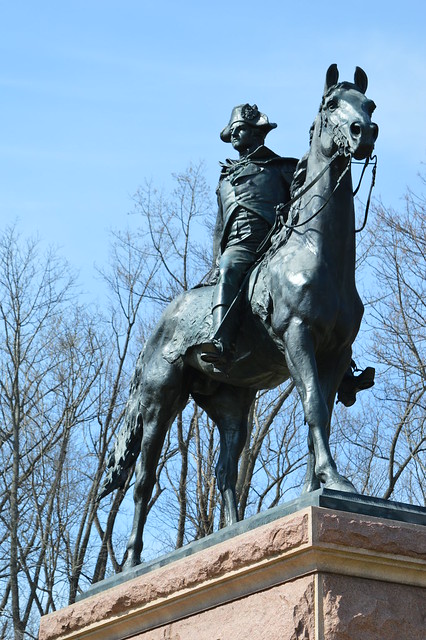 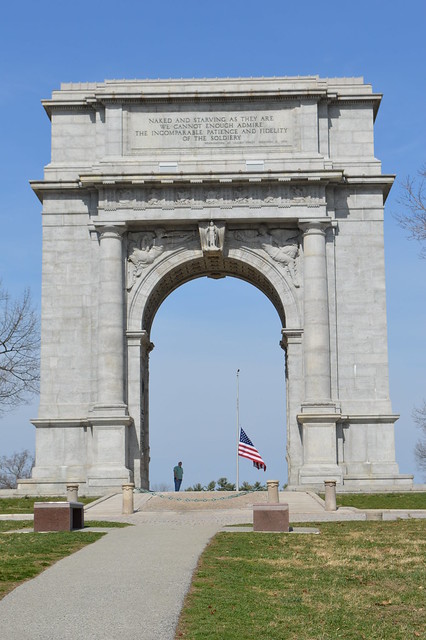 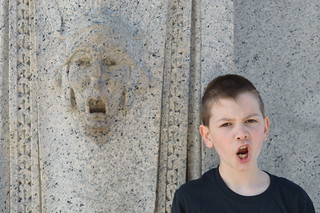 We then headed town towards the train station and the Schuylkill River to see the collection of buildings that would have stood on the site at the time of the encampment.  While the boys played in and out of more log huts and paddled in a bubbling stream and Mr Pict took a phone call, I headed off to explore the buildings.  One outbuilding was used to explain the history of the forge that lends its name to the area but the most significant building on the site was the Isaac Potts house.  This house was rented by Washington during his winter stay and served as his headquarters.  It was open to visitors so I entered and had a wander.  The modest rooms had been recreated to resemble what they would have looked like in 1777.  It looked a bit cramped from my modern viewpoint but must have been a darn sight more comfortable than the living conditions of the poor soldiers, barefoot, starving, and diseased, crammed into the log huts. 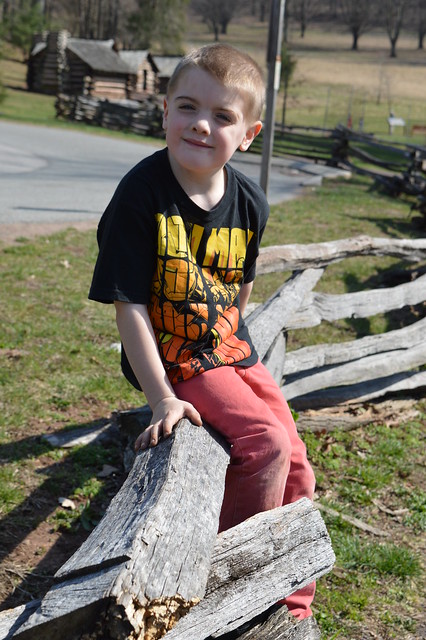 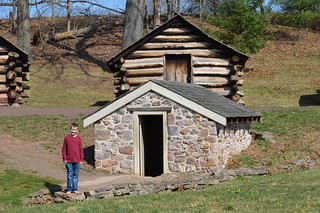 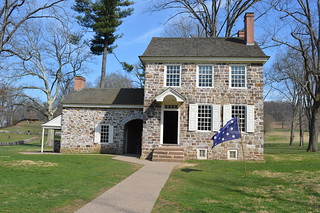 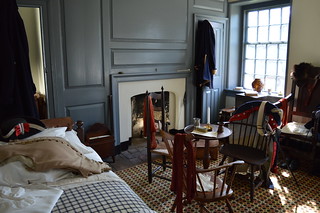 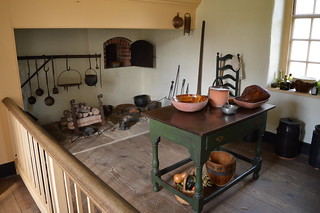 Valley Forge is a vast site with lots of interesting areas to explore and trails to wander.  One such trail apparently leads past the remains of the original iron forge.  While we had to curtail our day trip, we will definitely return to Valley Forge again.