I have mentioned a few times before that there comes a point – frequently during the colder months – where cabin fever hits my kids, they start acting like wee caged beasts, and they desperately need to burn off their excess energy.  With that in mind, this weekend we took them to Doylestown. 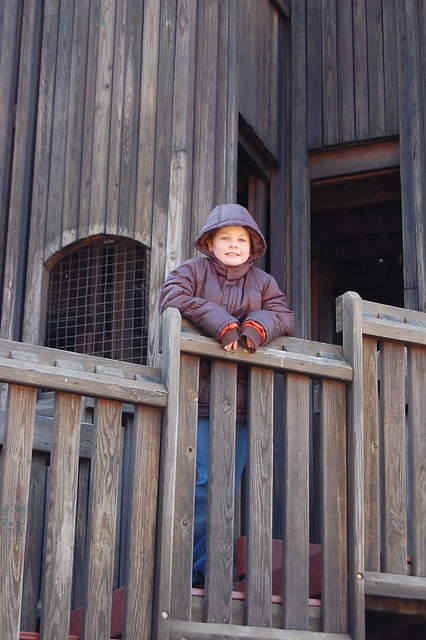 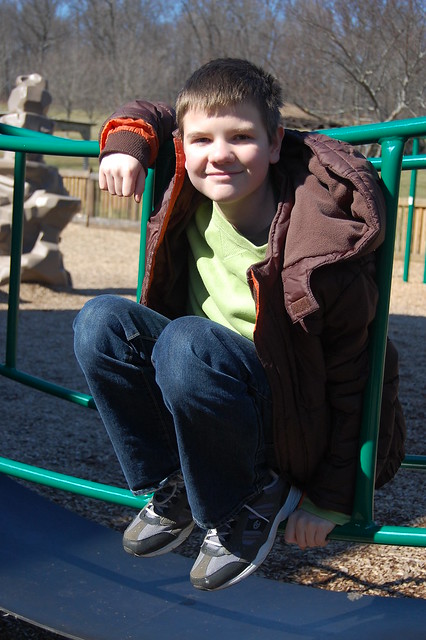 The Central Park in Doylestown has a superb playground known as Kids’ Castle that provides lots of opportunities for climbing, balancing, sliding, and swinging in a safe and clean environment.  This was not our first visit to the Kids’ Castle playground but it has been a good while since we were last there.  The playground is a community funded project and, as such, it was encouraging to see that changes and developments have been made since we were last there.  It is great to see such signs of success for a community project. 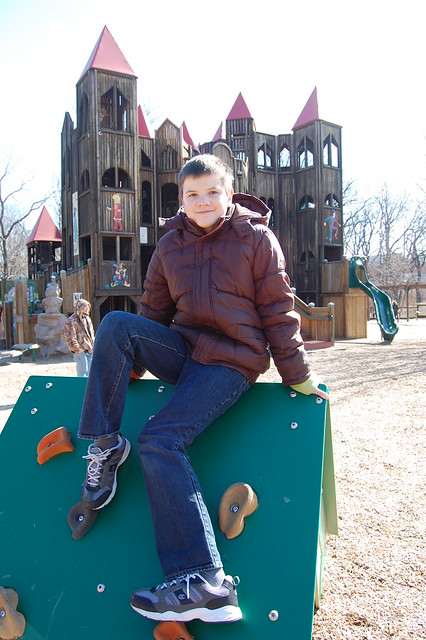 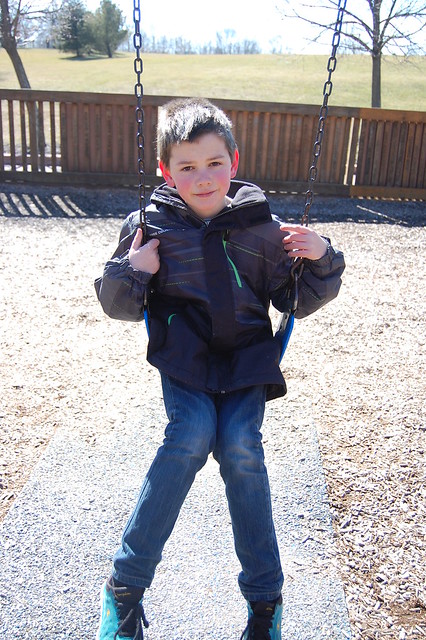 My boys had a whale of a time clambering inside the many layers of the castle, shouting greetings from the tallest turrets, whizzing down the tube slides.  They also spent some time on the swings, including a tire swing that made them queasy.  What they were most enamoured by on this visit, however, were the pieces of equipment that were new to them.  There was a large piece of play equipment in the shape of a pirate ship, complete with a sea serpent slide, scramble nets, and canons that made a “boom” when whacked.  My three younger boys had soon turned it into the scene of an imaginative game I think loosely on the theme of piratical vikings – if that isn’t a tautology. 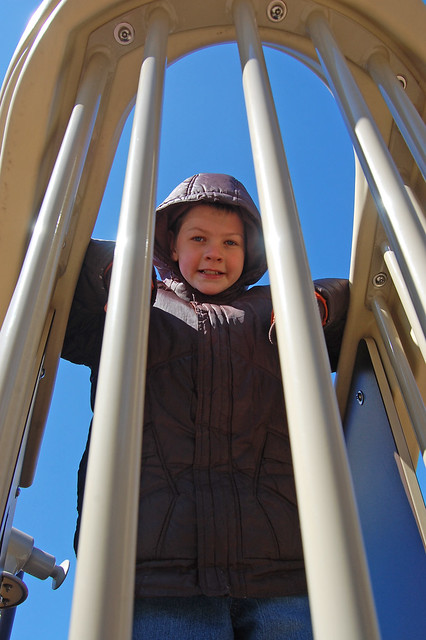 They also loved a new addition to the castle, a kind of hydraulic fireman’s pole with a platform.  They could step from the castle onto the platform and it would slowly descend and deliver them to ground level.  The younger three could not get enough of this.  They thought it was brilliant fun.  My oldest son – almost 13 – was confounded by what they could possibly find so entertaining about slowly descending from one level to another.  I had no sooner told him that it was because he was getting older than his almost 41 year old father hopped on the pole and had a go himself.  I guess it isn’t age related after all. 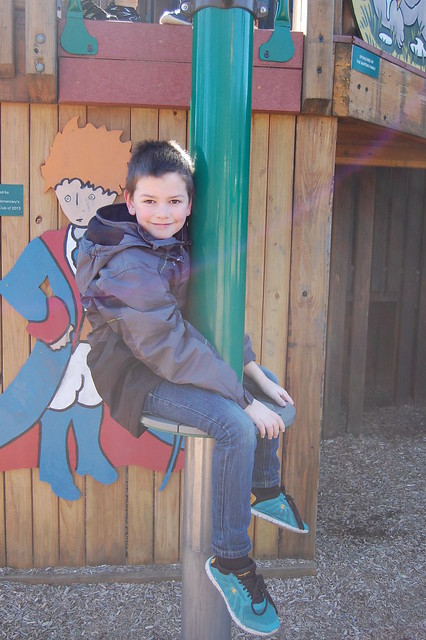 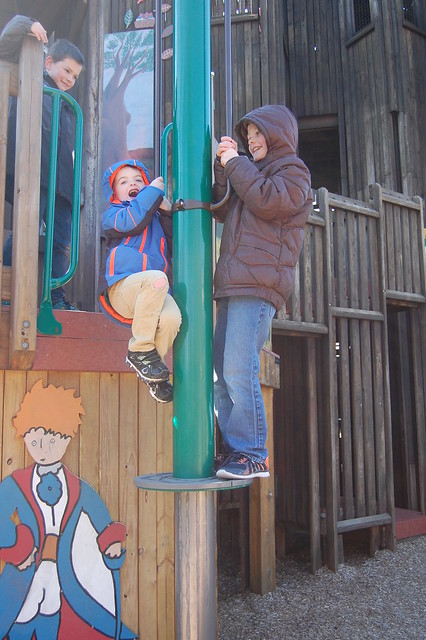 After the older three were tiring, the 6 year old still had energy galore to spare.  He wanted to go and look at the outdoor gym equipment so he and I headed off there to see what the equipment did, what exercises could be done, what if anything he could do there to burn off more energy.  I imagine the gym equipment is a great resource for people who enjoy that type of thing.  There were clear instructions regarding how to use the equipment in different ways.  The youngest and I did some of the exercises but mostly he just ran and jumped and climbed until finally his energy levels dropped to a reasonable level. 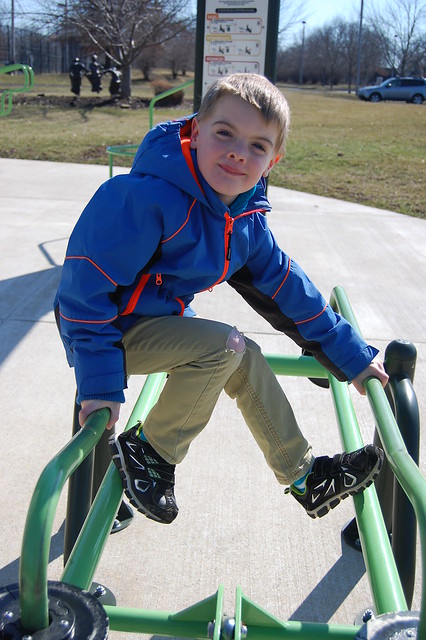 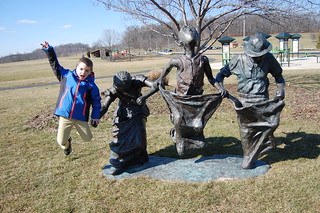