We have arrived at the penultimate lesson in our History of Art project.  The artist being covered was Andy Warhol and I knew his graphic style, his bold use of colour and his allusions to pop culture would appeal to the kids.  They were able to see the genre connections to Roy Lichtenstein’s art work right away which was pleasing.  We spent a lot of time looking at and discussing various Warhol paintings and prints.  It was interesting how much the art appealed to the boys’ sense of fun but there was not the same depth of discussion as there has been about many of the other artists we have studied.  We covered Warhol’s commentary on mass consumption, commercialism and celebrity but otherwise the discussion was pretty superficial.  Interesting.

I thought for sure that my 8 year old, as a massive fan of the king, would choose to work on his own version of an Elvis print.  He surprised me, however, and instead took his inspiration from the banana on the Velvet Underground’s album cover. 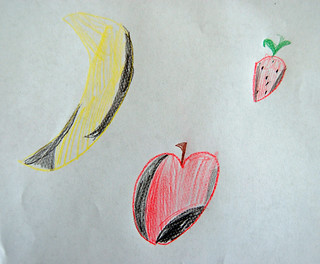 My 10 year old liked the idea of playing with iconic brand logos and so drew a can of coke from memory. 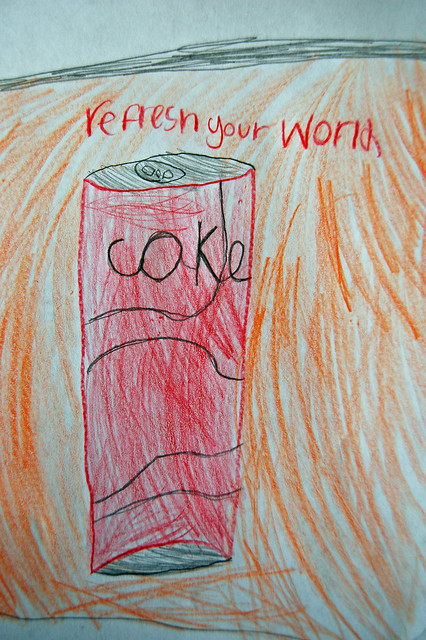 My 12 year old continued on his mission to make every drawing about either Minecraft or penguins and created a series of four Creeper portraits instead of Marilyns. 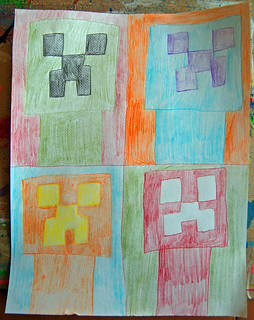 My 6 year old went completely off piste and churned out several drawings.  I never ask my kids, “What is this?” so I cannot relay to you what his drawings depict.  He was inspired and he loved drawing.  That’s all that really matters. 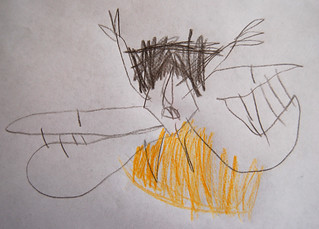 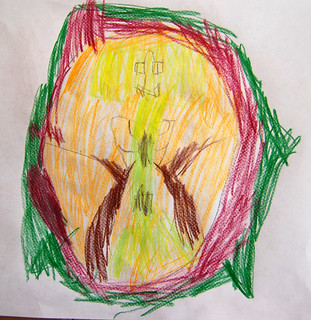 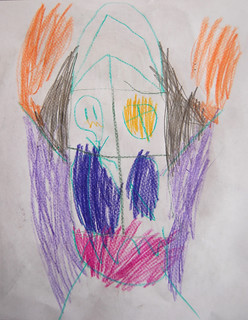 Like my 10 year old, I went with Warhol’s use of brands and logos as my inspiration.  The Campbell’s soup can series was my jumping off point but I put a Halloween twist on things by combining my favourite fruit with my favourite vegetable to make a disgusting concoction, adding a zombie bunny to the logo and using unappetising colours. 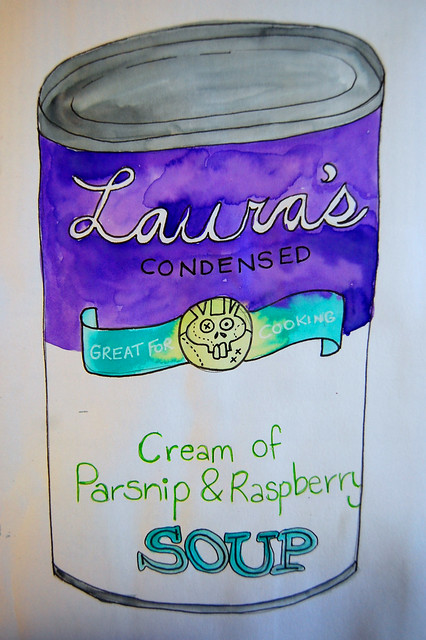