In what has become a Halloween tradition in the two years that we have lived in America, we headed to Shady Brook Farm this weekend to have some spooky themed fun and pick out pumpkins.  Mr Pict and I had thought to take the kids somewhere else, change things up a bit instead of repeating the previous years’ jaunts, but the boys all protested and wanted to return to familiar territory.  The Pictlings have determined the tradition.

The boys bounced on the giant trampolines, looked at the animals, played on the climbing frame, and ate pretzels, funnel cake and deep fried oreos.  The middle two boys had a shot of a corn cannon, blasting corn cobs at various objects.  Everyone guffawed when my 10 year old managed to hit the giant corn doll in its groin.  Our 6 year old had fun blasting zombies with a paint ball through a rather too rapid fire technique. 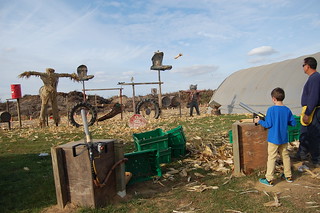 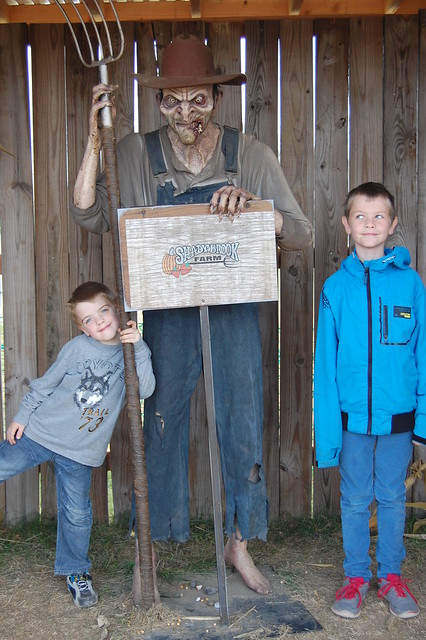 There are two barns that get decked out spooky style for Halloween.  In the evening, folks can wander through the dark interior while real life “ghouls” terrorise them but by day it is equally fun to wander around and see all the grotesque and fun decorations.  The kids love the alien barn.  Donning 3D glasses makes paint jump off the walls and models of aliens seem to vibrate.  The kids think it is massive fun.  My 12 year old and I then had a wander through the horror barn.  It’s grotesque in places with imagery lifted from gory horror movies but it’s the room full of clowns that freaks me out the most. 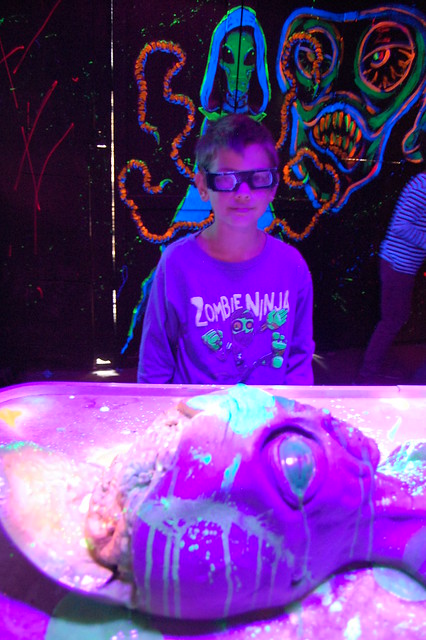 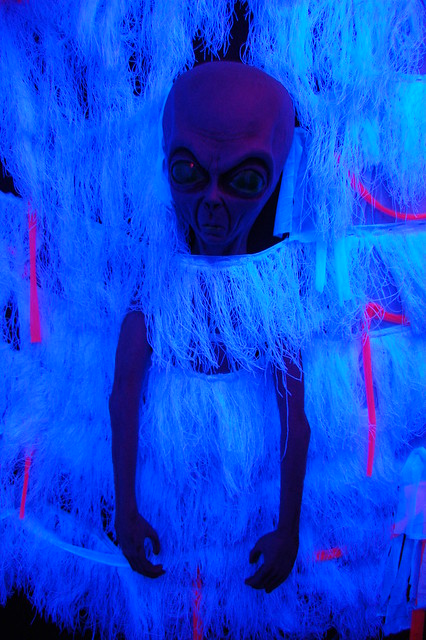 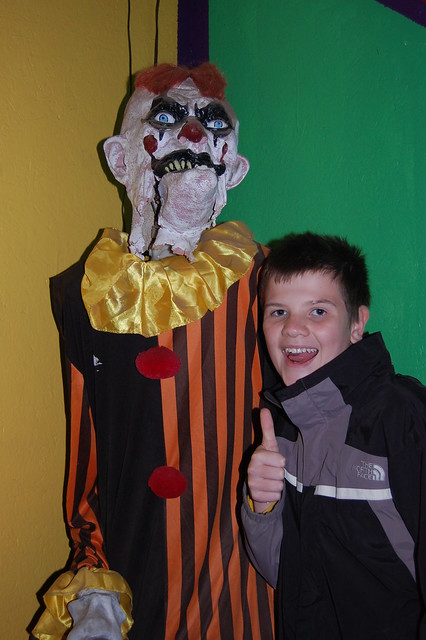 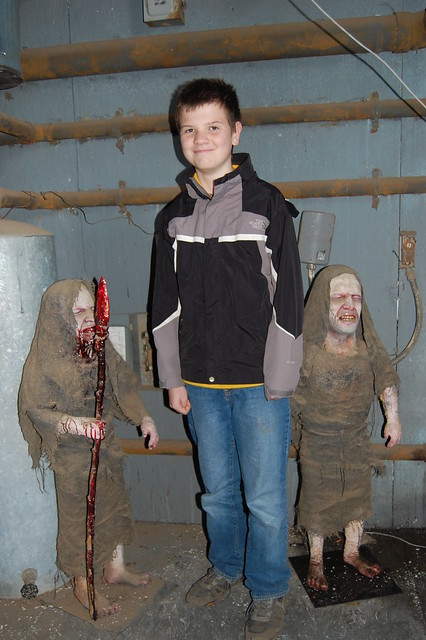 Then it was time to head to the pumpkin patch so that each of the boys could select a pumpkin for carving.  I guess the pumpkins were nearing the end of their season as there were many rotten and smashed ones littering the ground.  It, therefore, took a while for the kids to find the pumpkins they wanted.  We set them a size and weight limit which was not an issue for our 10 year old who wanted the smallest, roundest, most orange pumpkin he could find. 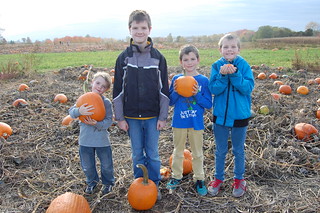 We then did some freestyle carving to turn the pumpkins into a My Little Pony, two vampires and Jack Skellington.  With that, the pumpkins were ready to be transformed into lanterns for Halloween. 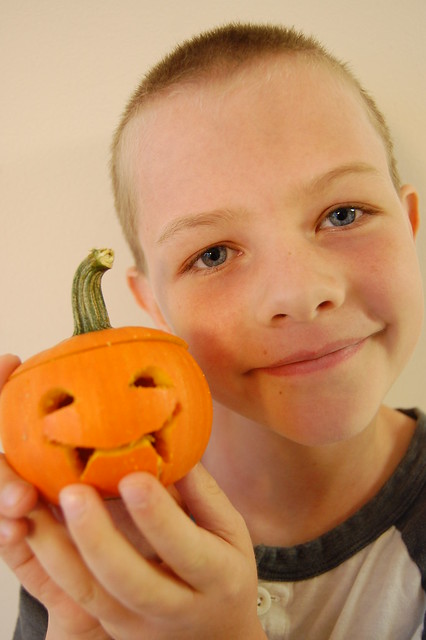 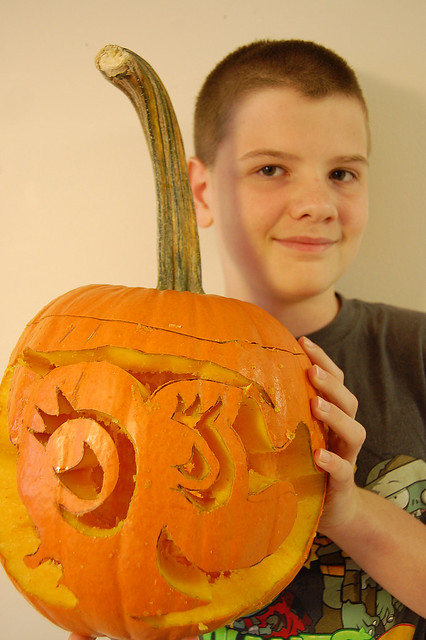 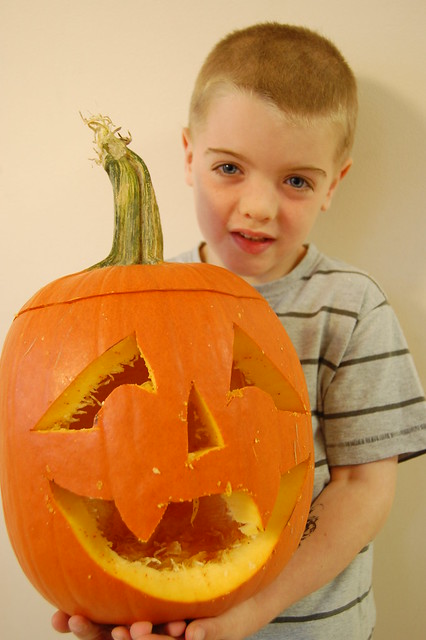 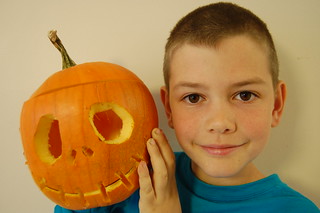