The next artist in our History of Art project was Jackson Pollock.  I must admit that I found teaching the boys about Pollock to be quite challenging because I don’t really “get” Pollock myself.  I appreciate that what he did to the art world was shake it up by being innovative, by placing the emphasis on the act of applying medium to substrate rather than on creating any preconceived image.  I, therefore, spoke to the boys about the dynamism of Pollock’s art work, the transference of his physical energy and the motion of the liquid media into the energy of his “action paintings”.  We also spoke about how Pollock moved away from traditional modes of painting by placing his canvases on the floor so that gravity assisted him rather than using an easel and working upright.

My original plan for getting the kids to have a go at “action painting” had been to place a large piece of paper outdoors and get them to splatter and throw and drip paint all over it.  However, we had two days of sub-zero weather this week so our arting had to be done indoors and I wasn’t about to let four boys throw paint around inside the house.  We, therefore, used the back up plan which was to use marbles and blobs of paint to move the paint around.  It still gave them the idea of using kinetic energy in a less controlled way to construct a painting.  They had an absolute blast dripping paint onto the paper and then rolling the marbles around.  It was good messy fun. 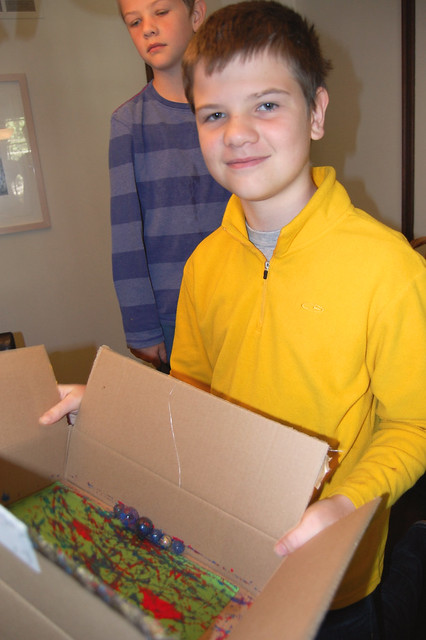 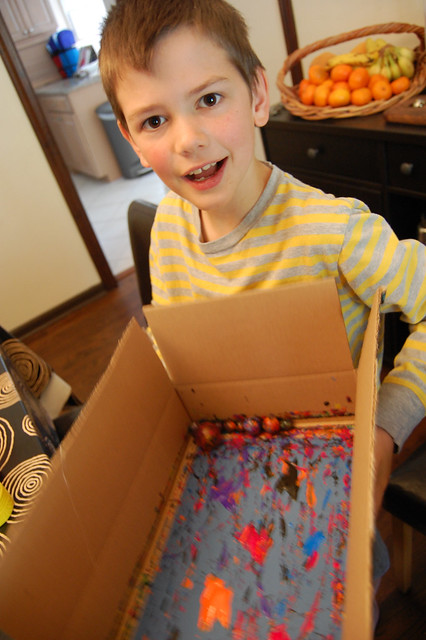 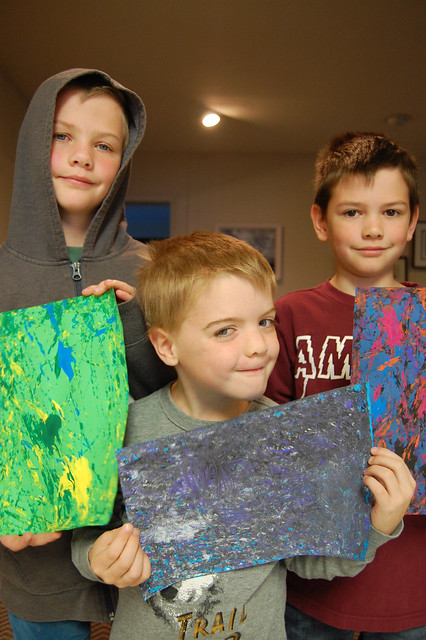 My oldest cut up his Pollocked paper in order to continue with his Minecraft theme.  He turned it into a Creeper. 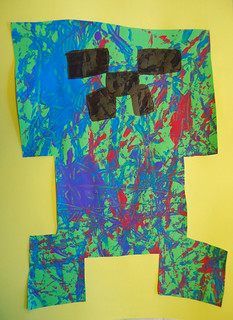 I decided to follow his lead and so I cut up the papers I made as demonstration pieces with the kids and turned them into a simple collage of a female head in my art journal.  Unlike Jackson Pollock, it seems I have to impose some sort of order on my art work. 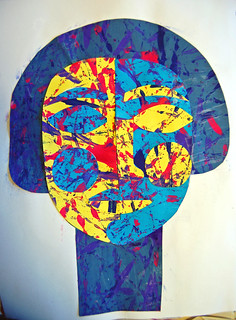