We had such a hoot at Chestnut Hill’s Harry Potter Festival last year that we have been counting down the days until it returned.  It was held this past weekend and on Saturday Mr Pict and I took our four boys plus our 10 year old’s friend along to join in the fun and experience the magic.

The first thing that was immediately apparent was how much the Festival has taken off: we thought the place was absolutely packed last year but it was bursting at the seams this year.  It was great to see that the Festival was being so enthusiastically supported and all of the wizards, witches and muggles milling around certainly added to the buzz of the place; however, it was a little too crowded for me.  I don’t do well in crowds anyway but I also don’t do well herding five kids through swarms of people or dealing with the moans of five kids in long queues.  This year they had closed off some cross streets in order to have more space for stalls, activities and events.  I think they would benefit from extending this idea and pedestrianising a section of the street. 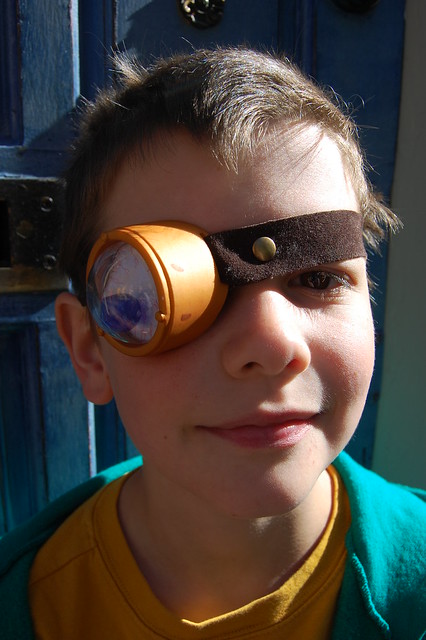 We enjoyed seeing the town all decorated so that Chestnut Hill was transformed into Hogsmeade.  There were dementors floating around – including three on a construction site – and owls hiding in trees and giant spiders crawling across the fronts of buildings.  Shops had been transformed into locations from the books, most with some sort of connection such as the sweet shop that had been turned into Honeydukes.  It was even fun just to wander around, look at the people – and pets! – dressed up in costumes and look at window displays.  We were particularly wowed by a trio of cakes in a bakery window: a sorting hat, a wedding cake decorated with golden snitches and a monster book of monsters. 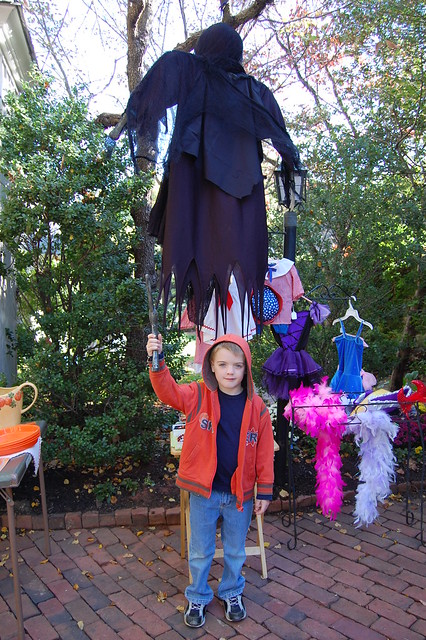 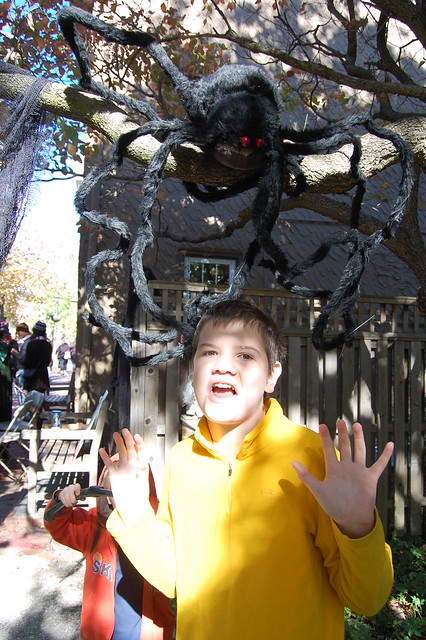 As with last year, the boys enjoyed taking part in lots of the free events.  The grounds of the Elementary School had again been given over to lots of craft activities.  The boys had great fun making wands using all sorts of materials and then they visited the potions stall to buy some bottles of butterbeer and popcorn.  We also visited the Franklin Institute’s stall where they were each given crackers from a cauldron of liquid nitrogen so that they could breathe steaming dragon breath.  We went along to an open air theatre performance of a Defence Against the Dark Arts lesson.  It looked to be fun – and the actor being Harry Potter even had a passing resemblance to Daniel Radcliffe – but there were just too many people in too small a space.  Furthermore, my kids are not very pushy-shovey so could not get anywhere near the front when it came to the interactive elements.  The kids were getting frustrated and hungry so we left part way through and scuttled off to warm up with butterbeer and muffins. 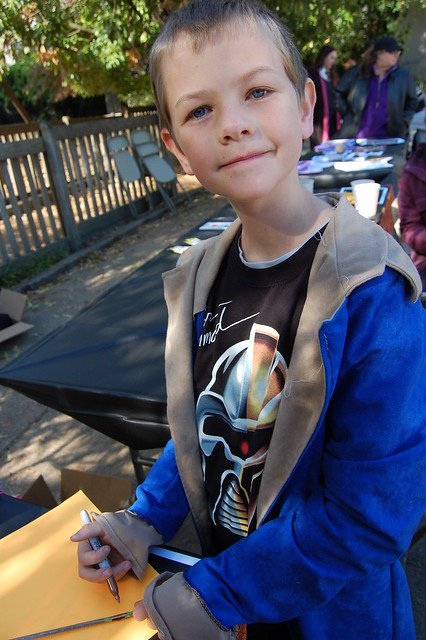 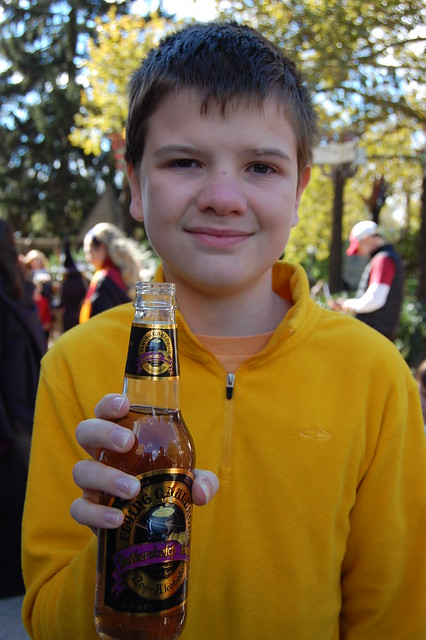 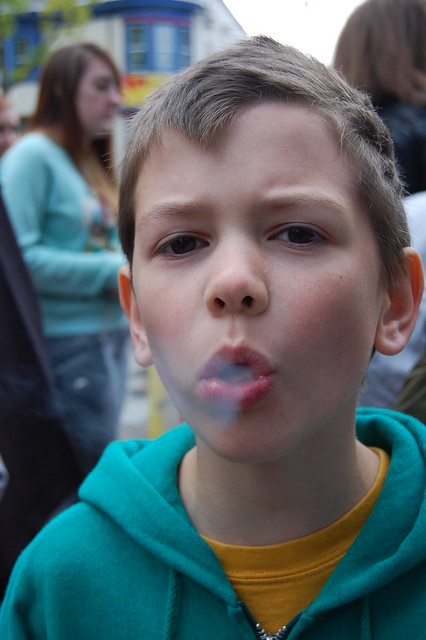 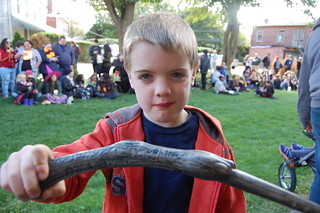 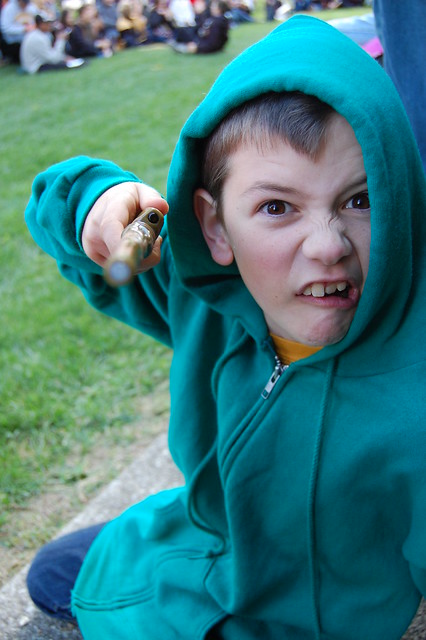 We were too late to go and spectate at the quidditch matches again so we will need to make that a priority next year – because we will definitely return for more magical fun next year.

21 thoughts on “Pottering at the Harry Potter Festival”