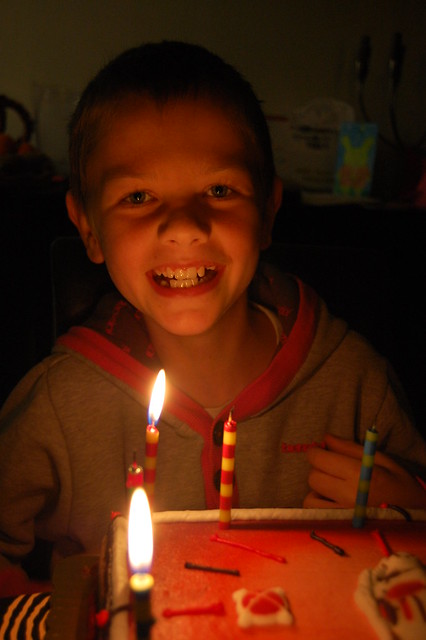 My second oldest son turned ten this weekend.  Double digits is a really big deal so we decided to make a big deal out of it.  Since his birthday fell on a weekend, we decided to whisk the kids off for an overnight stay in a hotel.  We got a cheap – double digits indeed – room in a hotel just outside Scranton that had a swimming pool and breakfast included.

After a morning of card and gift opening, we piled into the car and headed off into the Poconos.  Saturday was a grey day of drizzle and chill winds so we focused on indoor activities.  First up was Country Junction, the general store we seem compelled to visit every time we are in the area.  It is a bizarre and entirely bonkers place and I highly recommend that you stop by should you ever be in the area.  The kids always have a blast wandering around and looking at all the weird and wonderful items of decor, popping in to watch a bit of a movie in the cinema room, pressing all the interactive buttons, collecting eggs for a treat at the end, and visiting the animals in the pet shop area – all by following the yellow brick road.  An indication of the randomness of Country Junction is the contents of my shopping trolley: I bought two non-stick loaf tins, four pots of cheap pick’n’mix and a squeaky rubber pig.  More indoor fun was had when we reached the hotel as the boys jumped and splashed around in the pool until they had built up an appetite for dinner.  There was a restaurant next door to the hotel so we did not even have to get back in the car to go out for the birthday meal.  We were all so stuffed by our main courses and salad bar visits that we did not even make it to dessert.

Sunday was thankfully much brighter and warmer so we were able to take the boys for some outdoor excursions.  First up was the outdoor section of the Steamtown  rail museum in Scranton, which can be accessed via the Mall.  This is a collection – gathered by one man in the 1950s I believe – of steam locomotives, freight and passenger cars.  Mr Pict and I had visited there in April 2014 as part of a day photographing dilapidated and decayed sites but this was the boys’ first time there.  They moaned that they were not allowed to clamber onto every train and that they were not allowed to wander into the carriages but they had fun nevertheless.  They climbed onto trains, scrambled over piles of gravel, got grubby picking up lumps of coal, and raced each other while balancing on railway lines. 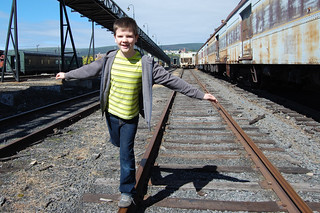 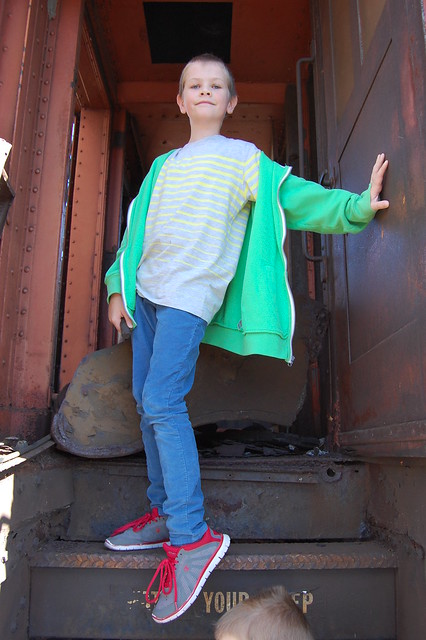 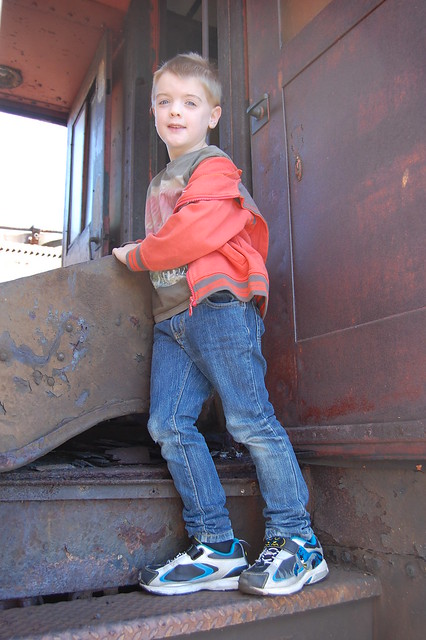 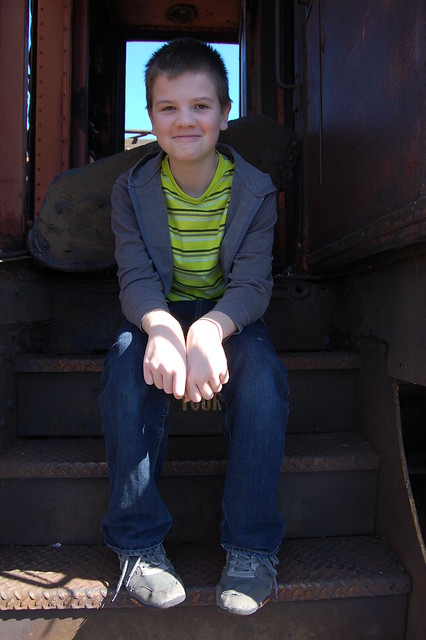 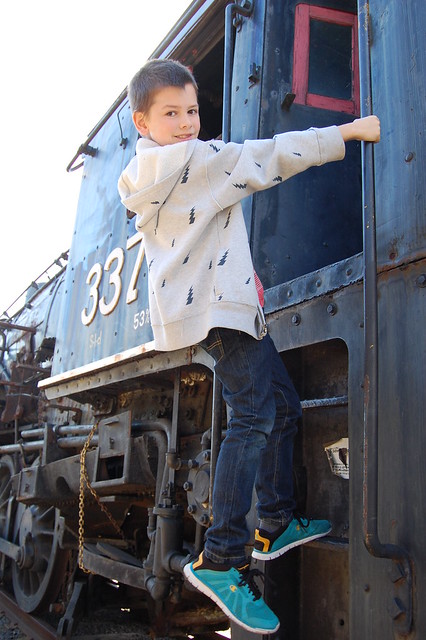 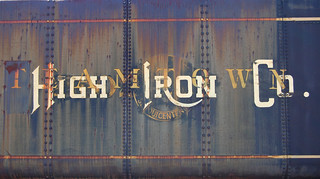 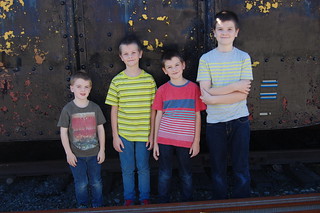 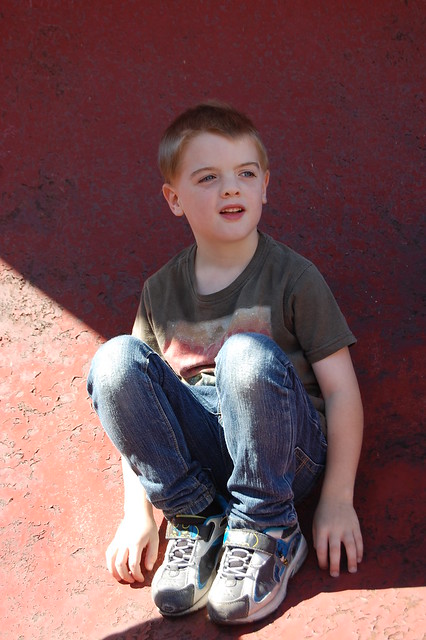 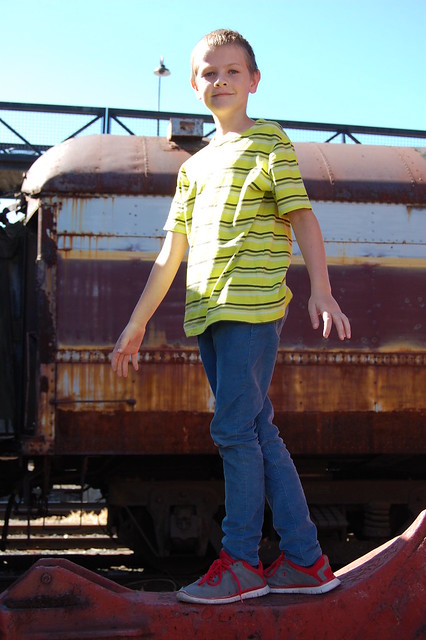 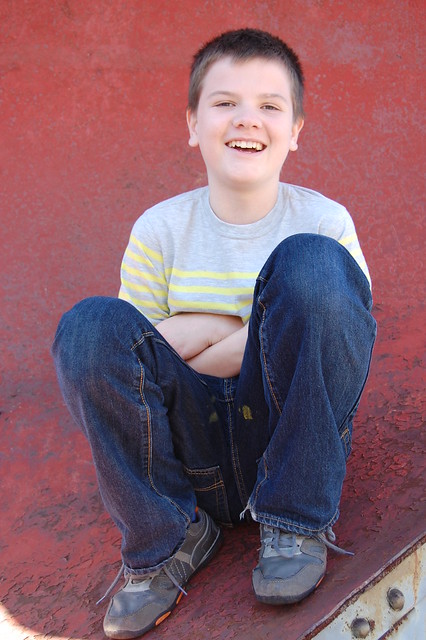 From industry to nature, our concluding excursion was to the Boulder Field at Hickory Run State Park.  Mr Pict and I first went there alone but then took the kids there on Father’s Day in 2014 and it is fast becoming a favourite spot.  The theory is that this unique geological landscape was formed in the valley by successive freezing and thawing processes that cracked the rock and turned it into large boulders.  My kids just love leaping from rock to rock and seeing how quickly they can get from the car park end of the site to the other end, quite a decent distance.  I meanwhile do not feel so confident on my feet.  The instability triggers the wobbliness I normally get from my fear of heights and I am frankly not as swift and nimble as my kids either.  I, therefore, chose to only wander so far out into the field and then find a nice flat rock to sit on while watching my kids becoming brightly coloured dots on the horizon line. 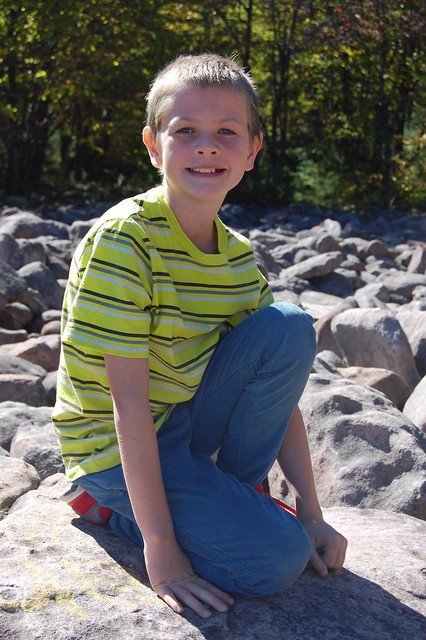 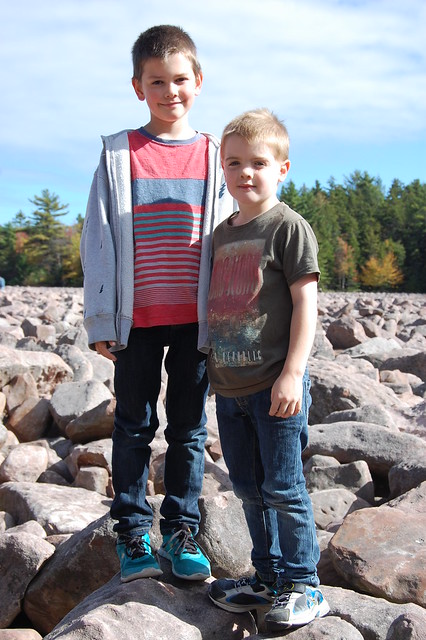 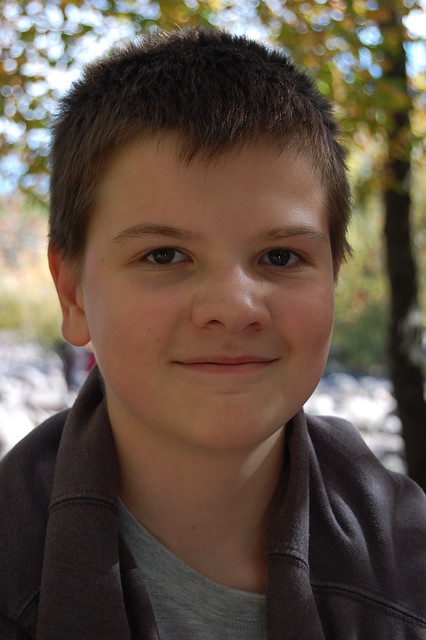 Our weekend away was full of relaxed fun and worked well as a celebration of being ten years old.

12 thoughts on “Celebrating Double Digits in the Poconos”