For our study of Amedeo Modigliani, we looked at dozens of his paintings of human figures and then discussed what qualities they shared: neutral tones, elongated faces, long necks, almond eyes with dark irises.  It was useful for the boys to see that an artist can have a recognised style of portraiture while also depicting the sitters as individuals.

The boys then set about drawing people using Modigliani’s characteristics.  My 12 year old obviously created a Modigliani version of a Minecraft character.  I like the sharp angles and the shock of blue hair in my 9 year old’s drawing.  My 8 year old demonstrated that he had absorbed all the qualities of Modigliani’s style and created a figure with rather sharp bone structure. My 6 year old decided to elongate the neck and torso of his figure rather than the face.  I like how colourful his drawing is. 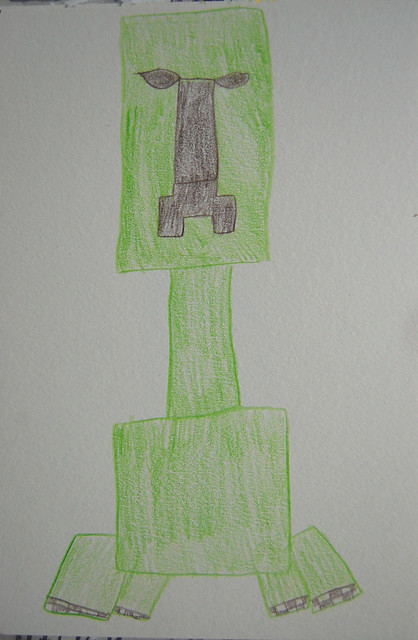 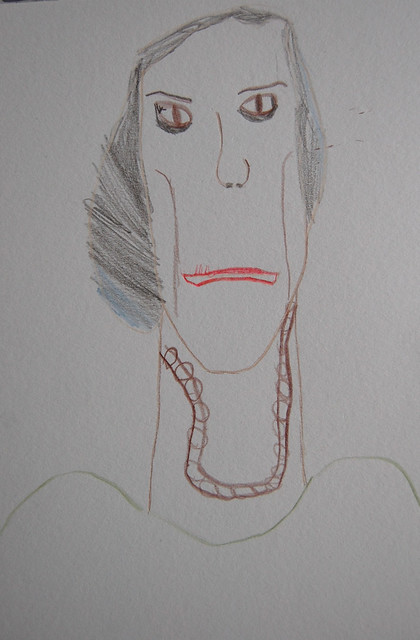 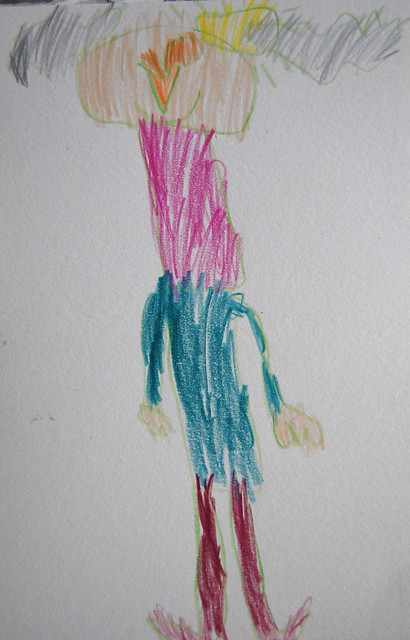 To create my Modigliani style painting, I decided to challenge myself to paint intuitively, something I have struggled with.  Without laying down any foundation marks, I just got stuck into layering up the paint and Neocolor II pigments until I was content with the result.  I think the head could have been elongated further but I am otherwise quite satisfied with the outcome.  I don’t like the eyes at all – they look flat and dead to me, bringing to mind Quint’s monologue from ‘Jaws’ – but Modigliani’s eyes were always very dark so I left them be and did not add any catch lights. 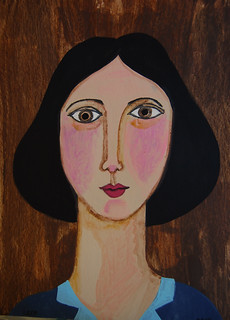 Head on over to my art blog if you want to see my Modigliani Bunny.