We participated in a local Summer tradition yesterday evening thanks to a thunderstorm and torrential rain.  The storms and the related flood warning meant that Mr Pict arrived home from working in the city early enough to eat dinner with us.  He then suggested that we go out to Rita’s for dessert.  The male Picts have all munched at Rita’s before – last summer when we went to the Jersey shore – but this was a first for me. 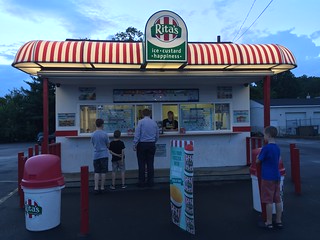 Rita’s was founded thirty years ago in a nearby town.  It has expanded nationally since then but going to Rita’s in the summer months remains very much a local edible tradition – such as favouring Geno’s or Pat’s cheesesteaks and eating pretzels whenever the opportunity arises.  It only operates in the summer months but it feels like there are Rita’s shacks on most roads around Philly.  I learned this year that on the first day of Spring they give away free water ice but that was irrelevant to us this year as the first day of Spring involved a heavy dumping of snow and digging out the driveway.  Not really water ice weather let alone joining a long queue for water ice weather.

Water ice always strikes me as a tautology but it refers to a particular style of sorbet, fruit puree frozen as if it was ice cream.  It is definitely not like shaved ice or slushy.  Rita’s also serves frozen custard and gelati, which is a mixture of the custard and water ice.   The Rita’s shack had a menu listing all the day’s available flavours and toppings so we perused the board and made our choices.  Some of us kept things simple – I had a tropical water ice – while others went big style and had the gelati concoction with sauce, multiple toppings, whipped cream and a cherry. 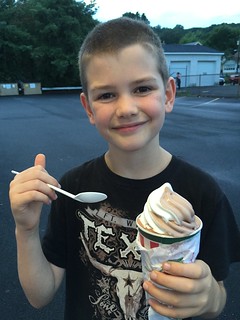 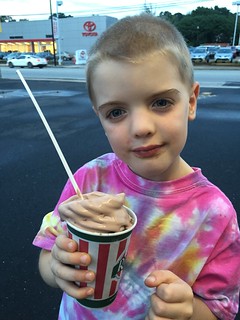 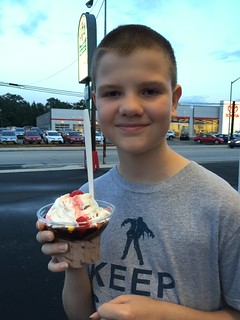 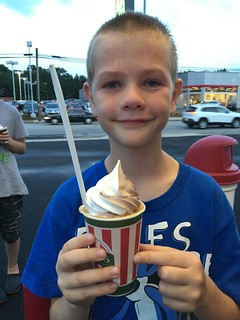 This was an edible local tradition I could get on board with.  I have been past but never into either Geno’s or Pat’s because I don’t eat red meat so I am never going to eat a cheesesteak.  I also do not like pretzels.  I am not very taken with tomato pie either, much preferring traditional pizza.  My stomach might be deported from Pennsylvania.  Water ice, however, has saved the day.  I rather enjoyed it.  It was refreshing and light and flavourful.  Our evening trip to Rita’s was the perfect antidote to a muggy, steamy evening.