Note: This blog post contains a photo of a life drawing depicting a nude female.

Next up in our History of Art studies was Sandro Botticelli.  We especially explored his use of fluid lines, use of pastel colour and the distorted, elongated proportions of the figures populating his paintings.  We used Primavera and the Birth of Venus as our primary exemplars of Botticelli’s style of painting.  The children were then given free rein to decide what elements of Botticelli’s work would inspire them in their own art work.

The composition of the Birth of Venus inspired my 12 year old and he decided to create an homage to the painting but using Minecraft characters.

Inspired by both his oldest brother and the original Botticelli painting, my 8 year old chose to paint a Minecraft version using watercolour. 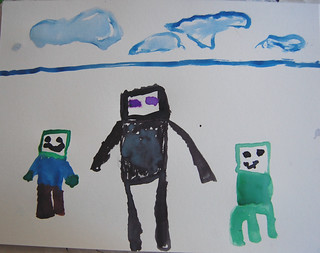 Meanwhile, my 6 year old liked the winged figures from the same painting and drew his own version. 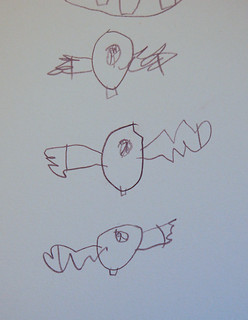 My 8 and 9 year olds have an obsession with Greek Mythology – hence the subject of my 40 Drawings in 40 Days challenge – so the mythological, narrative element of the Birth of Venus was the basis of their drawings.  The 8 year old inverted the idea of the Goddess of Love by depicting Death instead and had him emerging from a skull rather than a shell and the 9 year old drew his favourite Greek myth which is the story of Orpheus’ visit to the underworld. 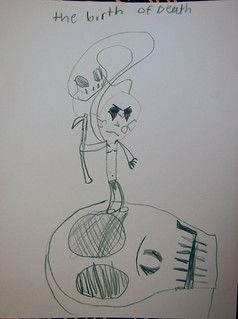 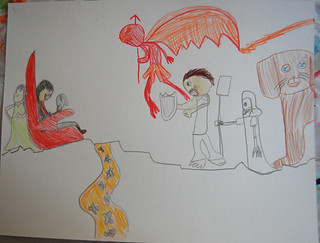 My 6 year old then created a second art work, an abstract piece using watercolour.  He was unable to explain what about Botticelli had inspired him but the main thing was he was inspired and he enjoyed using the paint. 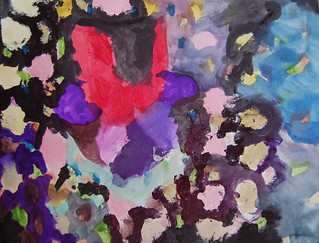 I have not done any life drawing since I left Britain almost two years ago. I, therefore, decided to use the nude figure of Venus in Botticelli’s painting as the jumping off point for me to draw a nude female figure.  Without access to a life class or a model, I instead turned to YouTube.  There I found a channel – the New Masters Academy – that includes videos of timed life drawing poses.  Perfect!  I found one of a standing female nude and paused it so that I could make a longer study rather than a short, gestural drawing.  I used ink and wash.  My skills are definitely rusty – and the composition on the paper went wrong so that I had no space for feet – but I am excited by the prospect of being able to practise my drawing skills using YouTube videos. 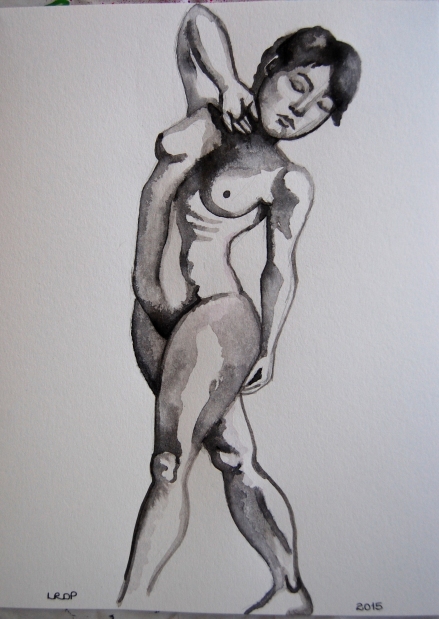 You can click the hyperlink to visit my art blog and see my Crazy Critter inspired by Botticelli.