Lochore Meadows Country Park, in Lochgelly, Fife, is on the site of a former colliery.  What was once an expanse of industrial waste and coal bing hillocks was transformed into an outdoor space for people to enjoy.  Knowing that we had a long car journey ahead of us the following day that would keep us all cooped up, it was the perfect venue for letting the boys roam free and burn off some energy.

The playground is arranged around a series of mounds, echoing the coal bings I imagine, so there was lots to explore, loads to do, and plenty of fun to be had.  The boys were especially impressed with the slides because they were long, steep and very slidey indeed.  There were climbing frames that looked reminiscent of mining structures, swings and spinning discs that made the kids dizzy. 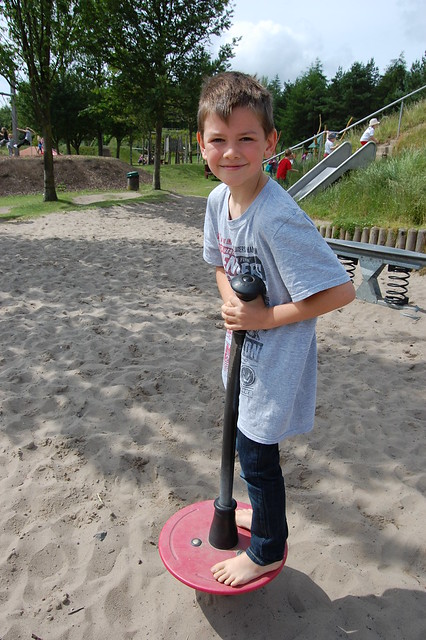 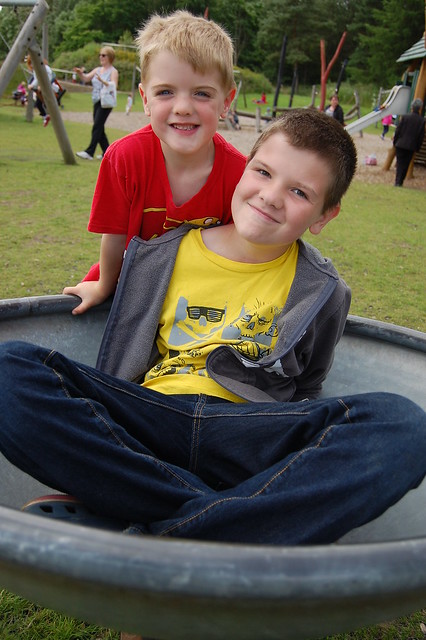 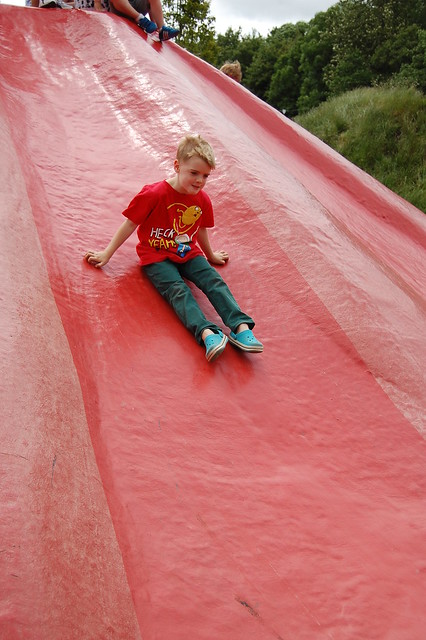 There was a gritty beach around the shore of Loch Ore – which is used for water sports – and the beach was populated by some moody looking swans.  Their poop was all over the shoreline which just added to my loathing of sandy beaches.  Nevertheless, my 9 year old decided to go paddling and ended up having soaking wet jeans for the rest of the day.  At least nobody was attacked by a grumpy swan, however, so there’s that. 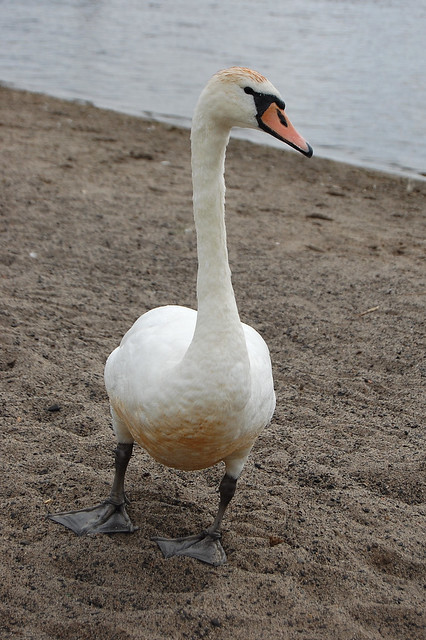 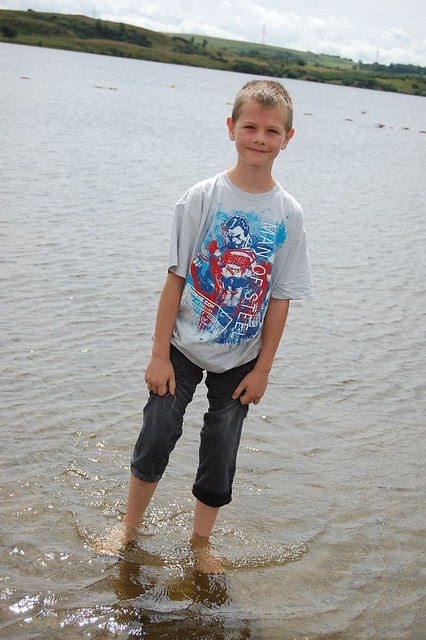 Having exhausted the playground, we wandered over to the area of the park that still has a tangible connection to the site’s coal mining past.  A large concrete headframe with its winding gear looms over the horizon.  Two of my sons immediately asked if they could climb it.  Thankfully that is not remotely possible so I didn’t even have to put my foot down on the basis of safety.  However, at the base of the headframe is a locomotive engine.  It would once have been used to transport coal from the mine but now was a combined piece of local industrial history and a fun climbing frame.  The kids immediately started scaling the engine and were soon crawling all over it.  They had a whale of a time.  The locomotive was definitely the highlight of the day for them. 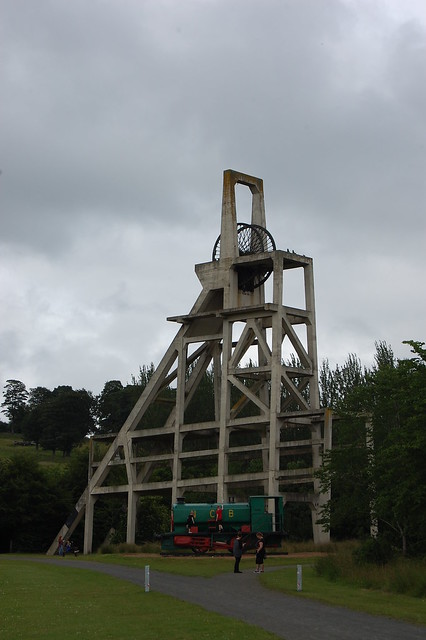 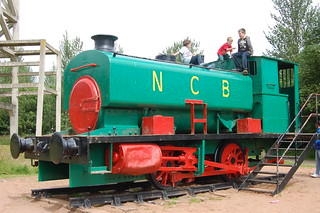 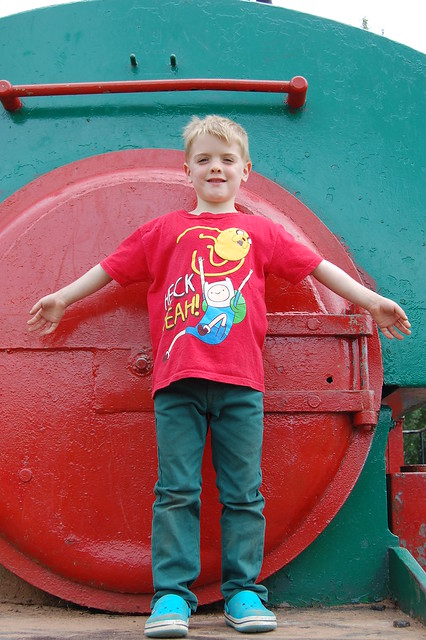 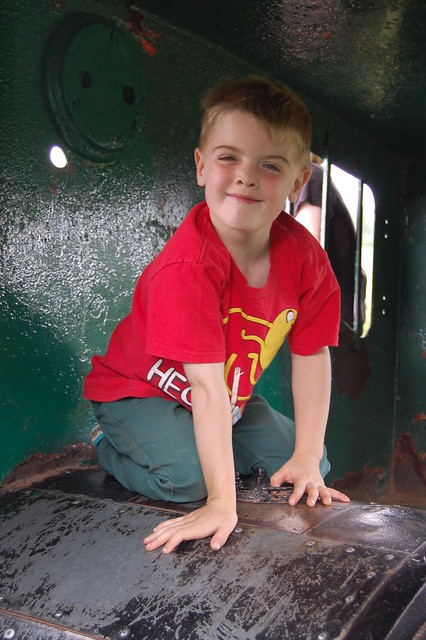 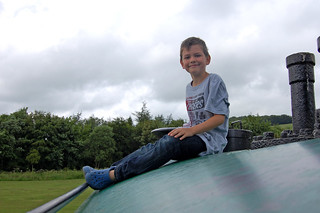 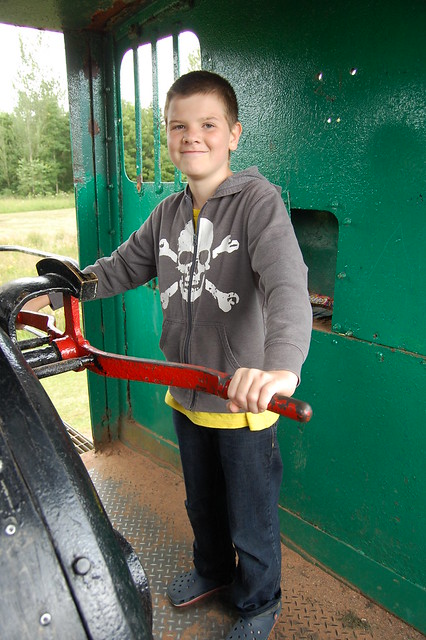 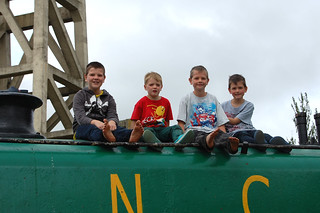 3 thoughts on “Back to Blighty #20 – Lochore Meadows Country Park”