My boys and I took a trip to Loch Leven Castle accompanied by my mother, one of my sisters and her youngest son.  A trip to Loch Leven Castle necessitates taking a boat to cross the loch and, as there were eight of us, we were told that our group would have to wait for the 1pm crossing.  This presented us with no problem since there is a fantastic playground on the mainland side of the loch.  The kids had a great time careering up scramble nets and across rope bridges, whipping across zip slides and careering down slides.  As it seemed apt to do so, I also taught the kids how to do “Mary Queen of Scots got her head chopped off” whereby a flick of the thumb is used to knock the head off a dandelion. 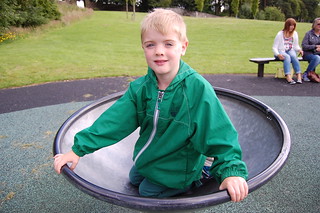 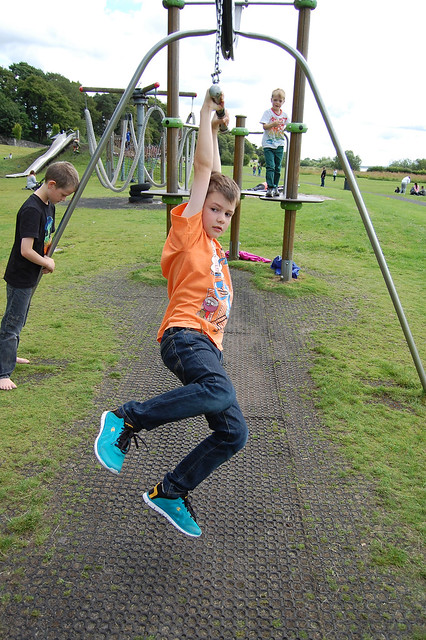 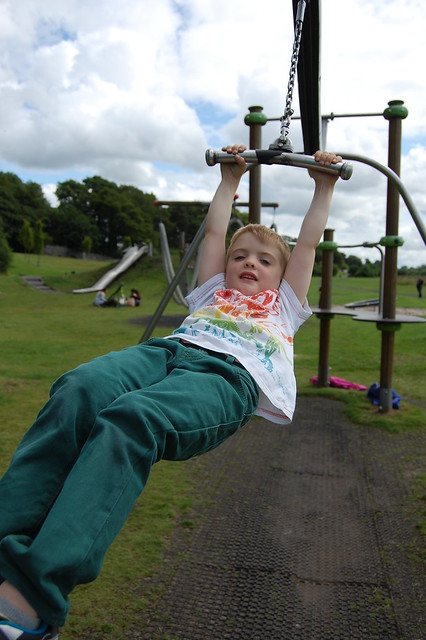 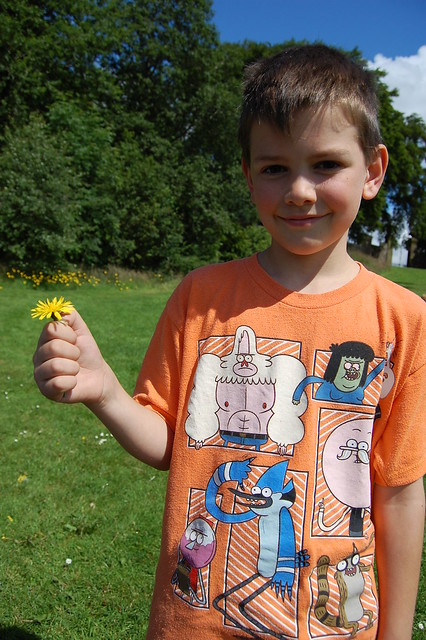 In no time at all, it was time to go to the jetty and clamber aboard the small boat that took us across the loch to the island.  The boat ride was part of the whole experience for the kids rather than just a necessity as they loved being out on the water.  In just a few short minutes we reached the island and were deposited on the shore. 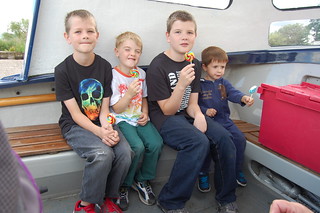 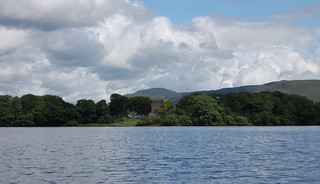 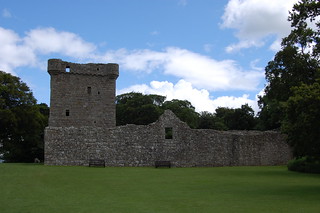 Loch Leven Castle has a rather sad and sorry story, involved as it was in so much conflict and tragedy.  It was built some time in the 13th Century and went through a period of being captured by the English and then recaptured by the Scots and then retaken by the English and taken by the Scots again … The story of Scottish medieval history really.  The prominent keep dates from the 14th Century and was frequently used as a prison.  Some notable prisoners died in captivity there. 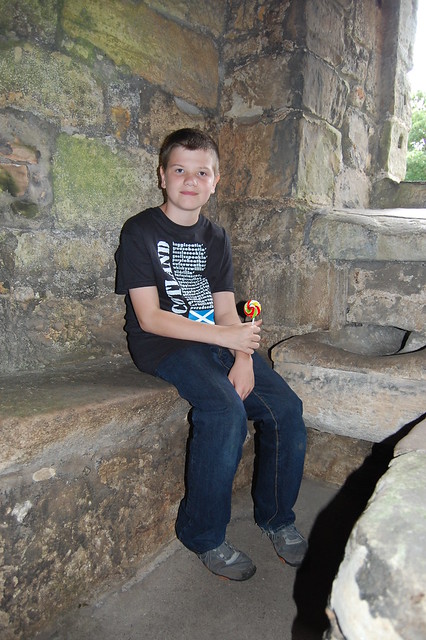 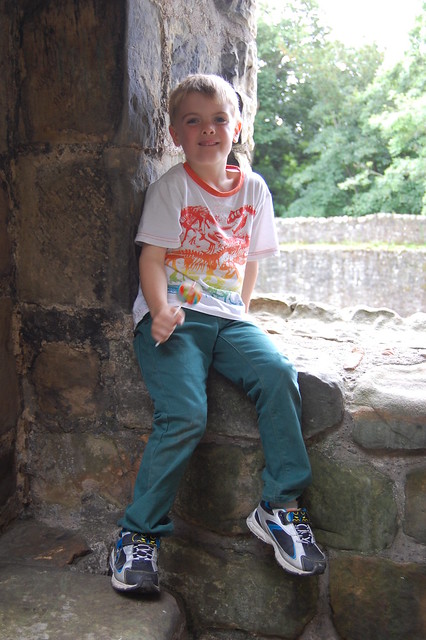 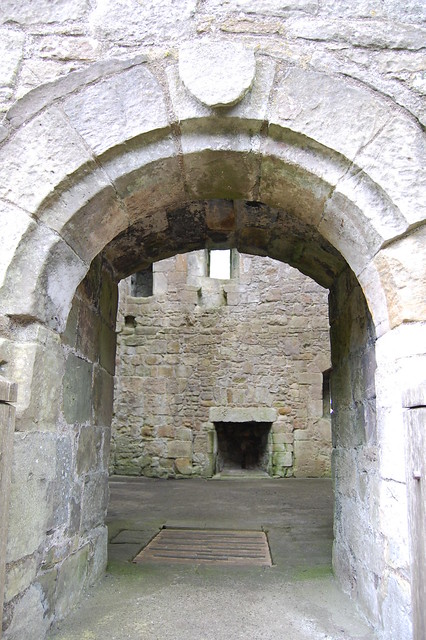 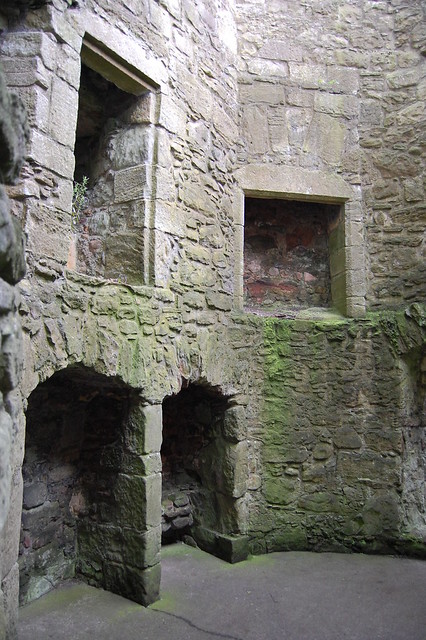 The most famous of Loch Leven’s prisoners, of course, was Mary Queen of Scots.  The story of her imprisonment and escape are the Castle’s main claim to fame.  Scottish nobles, opposed to Mary’s marriage to the Earl of Bothwell, placed here there in 1657 under a form of house arrest, a sort of awkward guest of the Douglas family who owned the property.  A few days after she miscarried twins, she was forced to abdicate thus making her baby son James the King.  Under a year after she was imprisoned, however, Mary – aided by a member of the Douglas family – was able to make her escape, row across the water and flee to freedom. 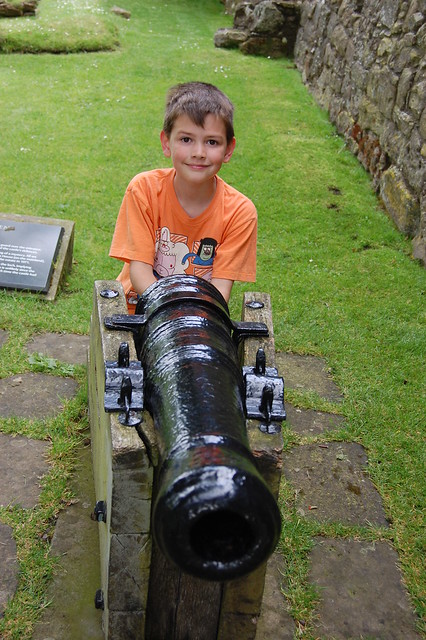 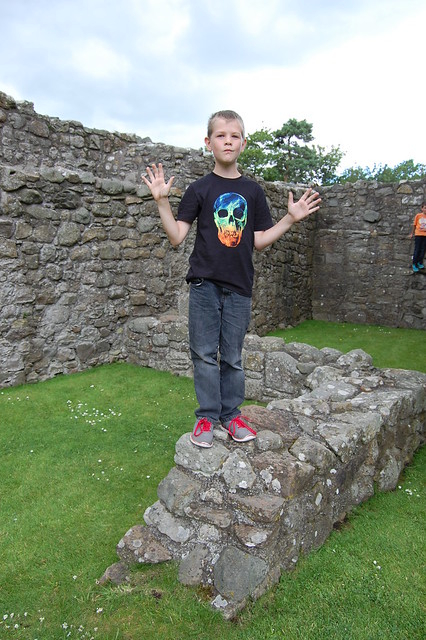 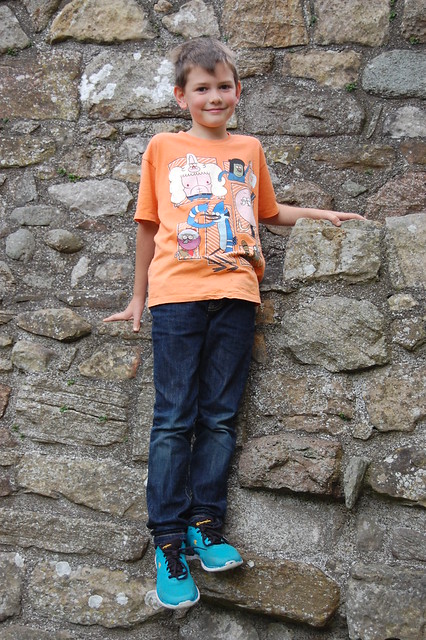 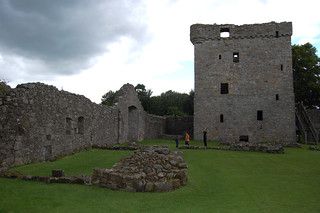 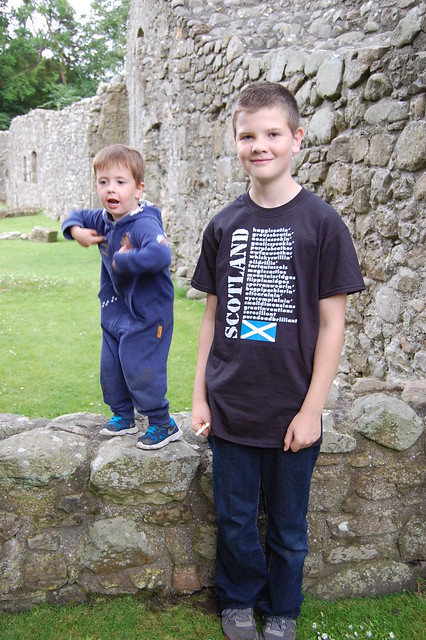 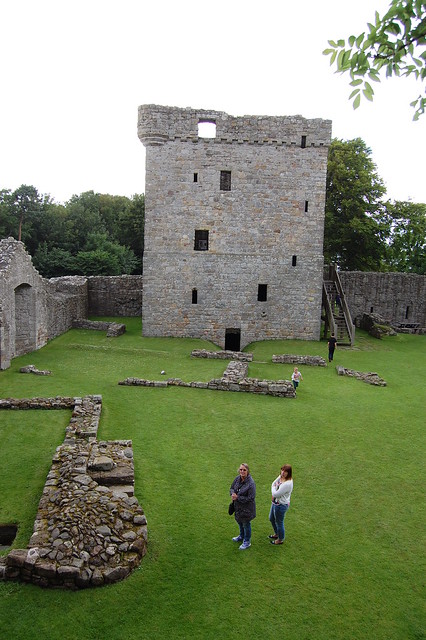 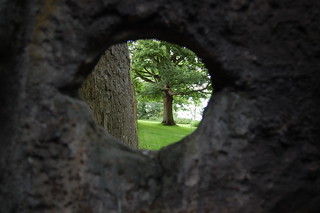 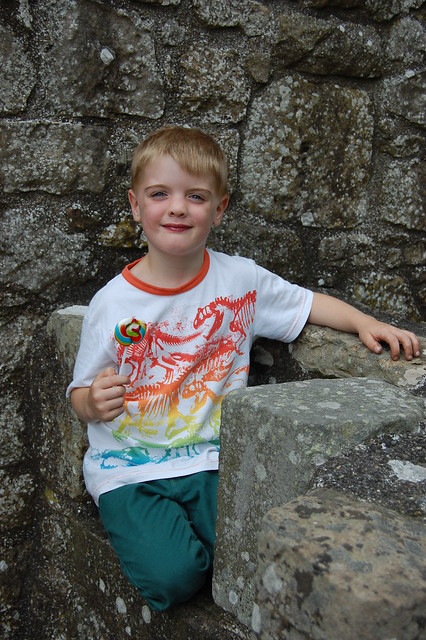 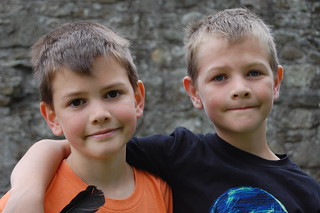 The Castle changed hands several times and fell into ruin by the 18th Century.  That, however, is my kids’ favourite kind of castle.  They much prefer to run around and explore the empty spaces than to see historic buildings with restored and recreated rooms full of furniture, tapestries and treasures.  The keep – or tower house – was originally five storeys.  Access has greatly improved in terms of safety since I last visited.  I felt completely at ease allowing my boys and my nephew to run in and around the keep unaccompanied.  They could enter through one exterior door, ascend staircases inside and then emerge onto an external wooden staircase from a door part way up the tower – and they did so again and again.  They also enjoyed running in and out of the Glassin tower, a round shaped tower of rooms in the opposite corner, and scaling the ruined walls. 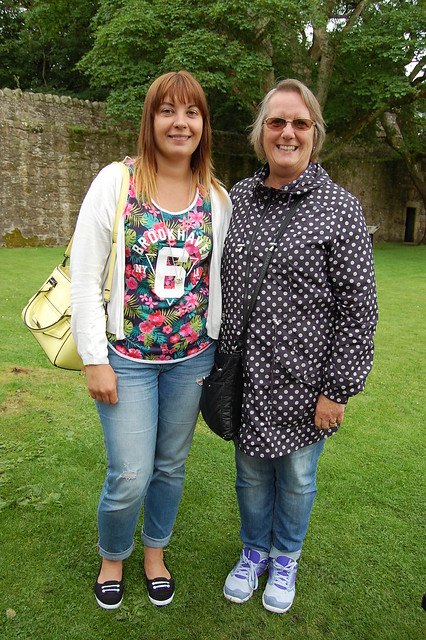 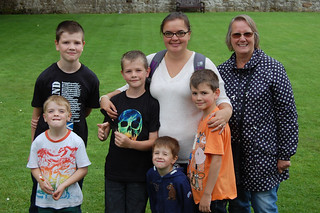 We spent much longer on the island than our fellow visitors as the five boys were having a whale of a time playing in the ruined buildings and running around in the courtyard.  Thankfully they had the boat ride back to look forward to and a trip to the sweet shop for a wee treat each otherwise we might never have got them to leave. 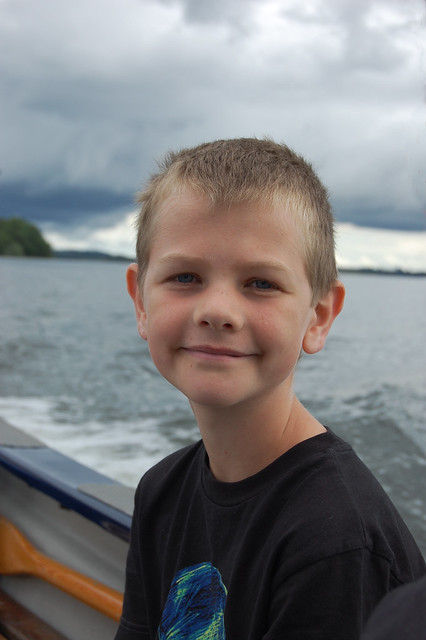