Well I could not have planned the timing of this blog post better if I had tried.  I am just battering out blog posts about our trip back to Britain as and when a quiet moment arises between chores and entertaining / refereeing the kids yet by happy coincidence the subject matter and timing of this post happily coincide: exactly 19 years ago today, Mr Pict and I got married in Edinburgh; this blog post is all about the tour down memory lane that we dragged our kids on as part of our day in Edinburgh.

First up on our nostalgia tour of the day was the street where we got married all those years ago.  We had a civil ceremony in what was the city’s registry office on Victoria Street.  Sadly India Buildings has been disused for over a decade and is awaiting some sort of development.  Victoria Street, however, barely seemed to have changed from when we lived in Edinburgh. I have always loved Victoria Street for its elegant curve and its stacked architectural design, colourful shop fronts with arches below and more impressive buildings on the terrace above. 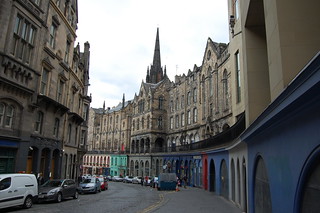 Here is a photo of Mr Pict and me outside India Buildings with our four sons and my youngest nephew. 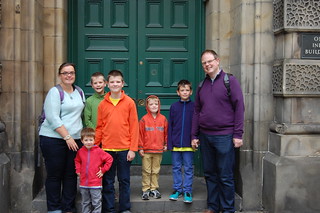 We wanted to take the kids to see the buildings at the University of Edinburgh’s main site where we had studied for our undergraduate degrees.  The whole area, however, is undergoing something of a radical transformation it seems and we could not see past construction hoarding.  The kids had to make do with seeing some of the less impressive buildings and listening to our tales.  From Potterow, they could just make out the shape of McEwan Hall – covered in a web of scaffolding – where we had graduated from our first degrees almost two decades ago. 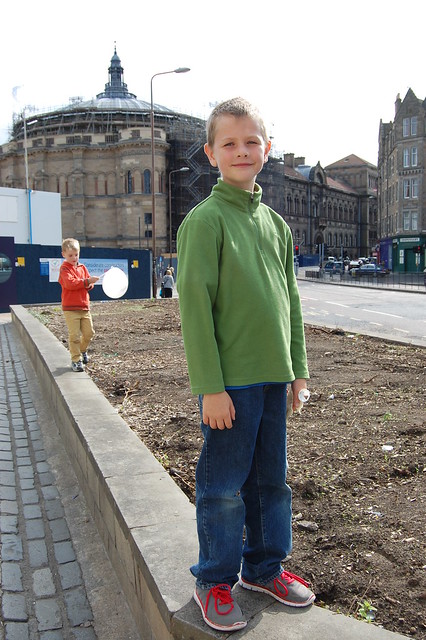 Having been disappointed by our ability to tour the main campus, we took the boys to see the wonderful Old College.  The buildings around the quadrangle of Old College were designed by three of Scotland’s most famous architects – Robert Adam, William Henry Playfair and Robert Rowand Anderson, who was responsible for the dome – and the architecture certainly impresses.  The University’s School of Law is housed in Old College and Mr Pict undertook studies there in his first year.  I was familiar with Old College because of admin services being situated there and also from visiting the Talbot Rice Gallery.  It was always a lovely, quiet, restful spot. 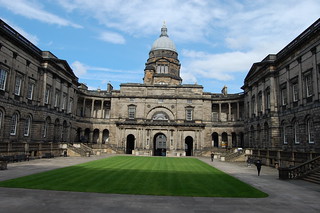 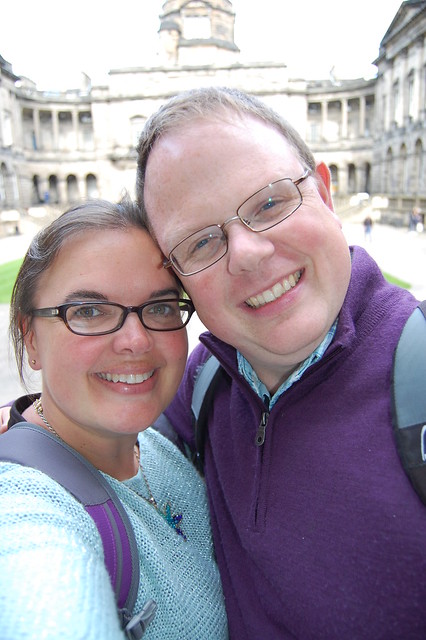 The final leg in our Recent Family History Travel Through Time was to take the boys to Where It All Began.  Mr Pict and I first met because we happened to be billeted in the same student accommodation for the first year of our studies.  It was a converted house on a residential street in a rather nice part of the city and the sixty of us accommodated there were actually the last to be so.  The summer that we all moved on to pastures new, the property was sold off and reverted to being a private residential property once more.  In the photo below, the window in the grey tiled roof on the left hand side of the image was the window to my bedroom. 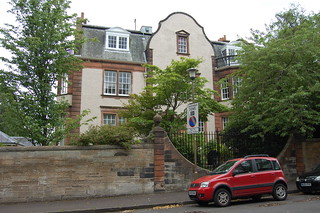 So 19 years after we got hitched, almost 22 since we first met, that was our little Personal History Trip around Edinburgh with the kids.  I wonder what we will be up to next year for our 20th Wedding Anniversary?!?!

11 thoughts on “Back to Blighty #17 – Edinburgh – Our Wedding Anniversary”