Having returned to Fife from Argyll, we took a trip across the Firth of Forth to spend the day in Edinburgh.  We six Picts were accompanied by my parents and one of my nephews.

Having parked on Chamber’s Street (but sadly not visiting the terrific National Museum of Scotland this time) we strolled over to Greyfriar’s Kirkyard.  My boys had never been to Greyfriar’s before and, as it transpired, had scant knowledge of the tale of Greyfriar’s Bobby.  The legend goes that Bobby was a terrier who, being so devoted to his dead master, spent 14 years at the grave.  When he died in 1872, wee Bobby was also buried in the kirkyard not far from the grave he had guarded for so long.  Soon afterwards, a statue commemorating Bobby was placed just outside the kirkyard, where Candlemaker Row meets George IV Bridge.  That statue is – random fact fans – Edinburgh’s smallest listed building.  Whatever the truth of the story, it has certainly been good for tourism. 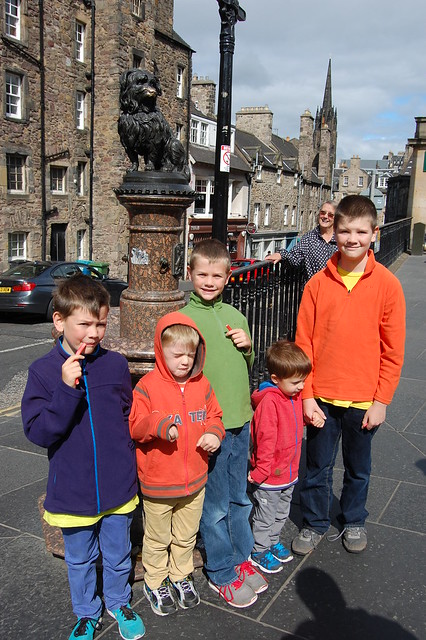 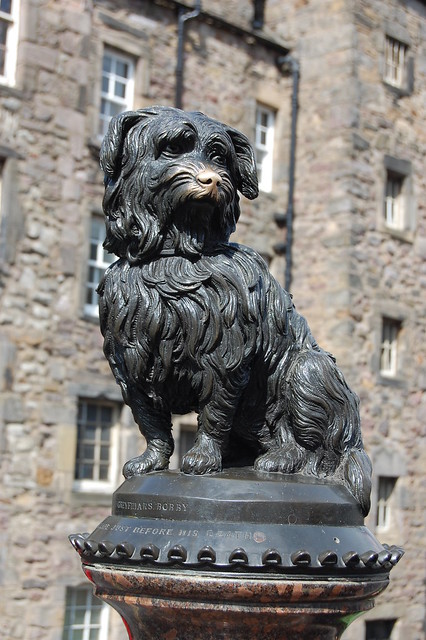 I, of course, had to take a photo of my boys and their cousin beside Bobby’s grave because it is a tradition and because I knew I had in my possession a photo of one of my sisters and I standing beside the grave in the early 1980s. 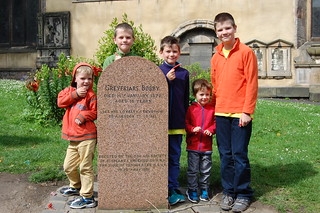 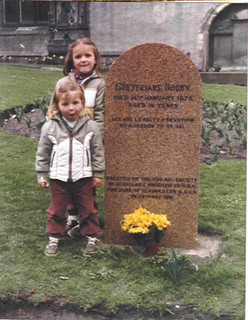 Greyfriar’s Kirk is one of Edinburgh’s oldest surviving churches and, as such, its kirkyard (cemetery) is a fascinating place for a wee donder.  It is a place of historical significance in that it is where the National Covenant was signed in 1638 and where, subsequently, over a thousand Covenanters were imprisoned on land that later became part of the kirkyard.  I have always loved the kirkyard because of its vaulted tombs, mortsafes*, lots of fancy monuments with fantastic carvings, and wonderfully creepy memento mori. 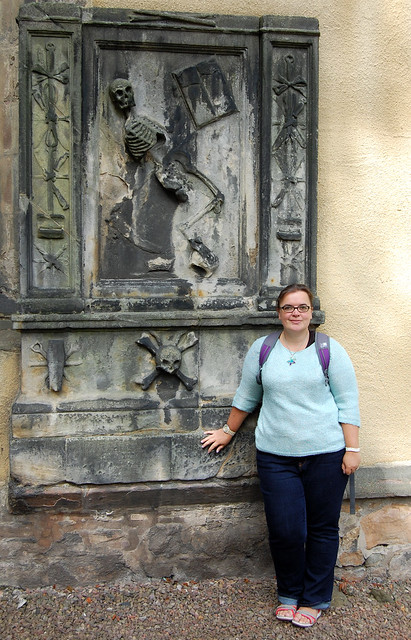 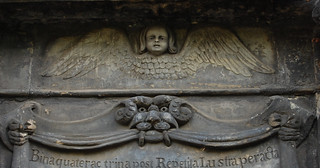 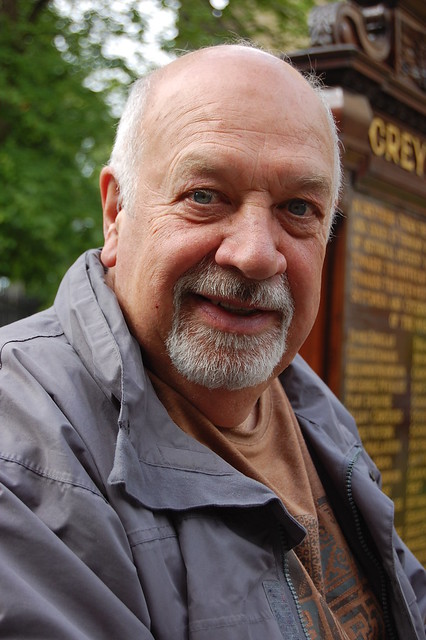 A short hop, skip and jump out of Greyfriar’s and along George IV Bridge brought us to the Elephant House, one of the cafes where JK Rowling wrote her Harry Potter novels.  As Potterphiles, the boys had to have their photo taken outside.  No time to stop off for a cuppa and a slice of cake, however, as we were on a mission to walk up the Royal Mile and visit Edinburgh Castle (which will be covered in the next blog post). 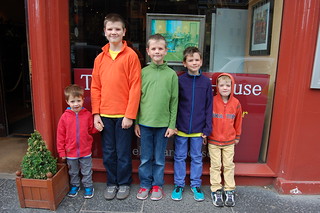 The Royal Mile is the succession of streets that runs from Holyrood House at the bottom to Edinburgh Castle at the top.  It is permanently thronging with tourists, never more so than during the Edinburgh Festival, and as such it is lined with shops selling stereotypically Scottish trinkets and eateries but with a good smattering of tourist attractions along the way.  Mainly we just dodged tourists and people-watched, stopping to view the occasional street performer.  We spent a bit of time outside St Gile’s Cathedral (properly known as the High Kirk of Edinburgh) while we pondered whether or not to go in.  Since the children were hungry, we decided against it.  Another time maybe.  What we did point out to the children was the Heart of Midlothian, which is built into the street just outside the Cathedral.  The granite heart-shaped mosaic marks the site of the entrance to the city’s medieval Tolbooth, which was demolished early in the 19th Century.  The Tolbooth was a prison and a place of public execution.  That history is no doubt what started the tradition of spitting on the heart, though nowadays people think it is for good luck rather than contempt.  I did not tell the kids about that tradition. 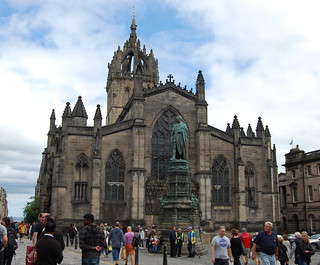 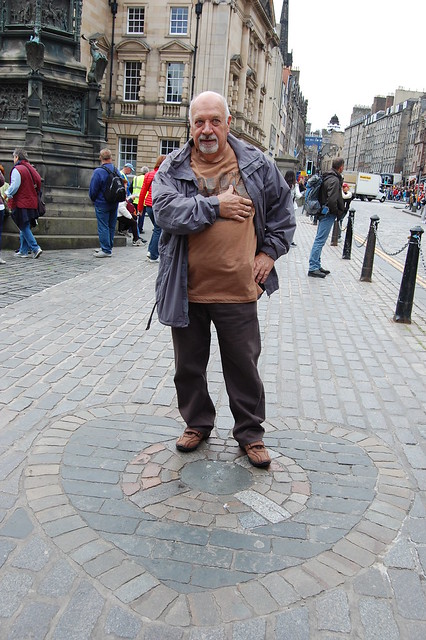 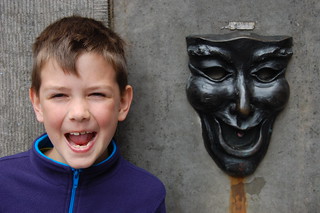 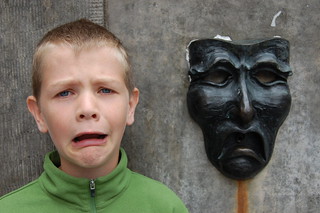 *A mortsafe is an iron cage placed over a grave in order to keep ressurectionists / body snatchers from stealing the body.