Following our jaunt around Kilmartin Glen, we headed a few minutes further north to get to Carnasserie Castle – a favourite play location of my boys when we lived in Lochgilphead.  Before even reaching the castle, of course, some tree climbing had to be done. 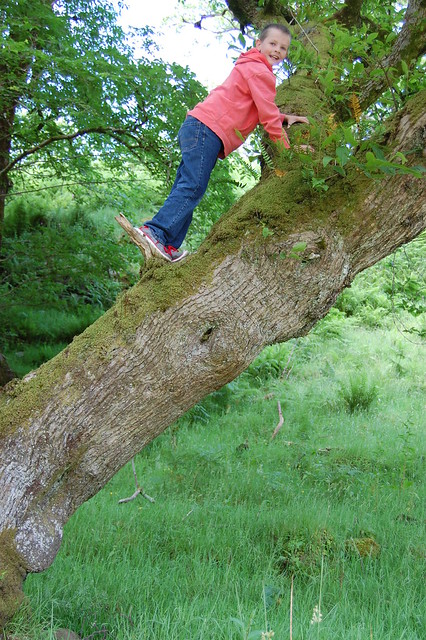 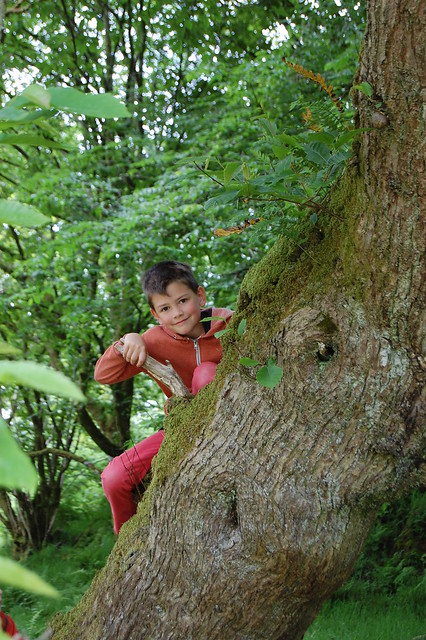 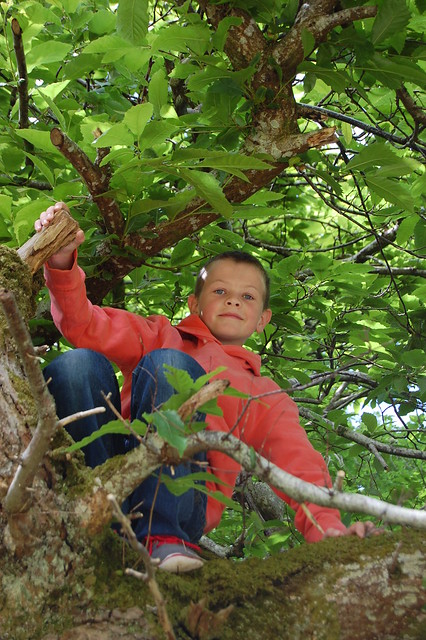 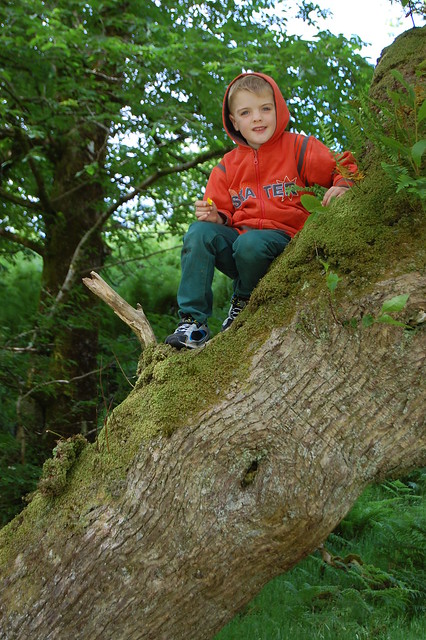 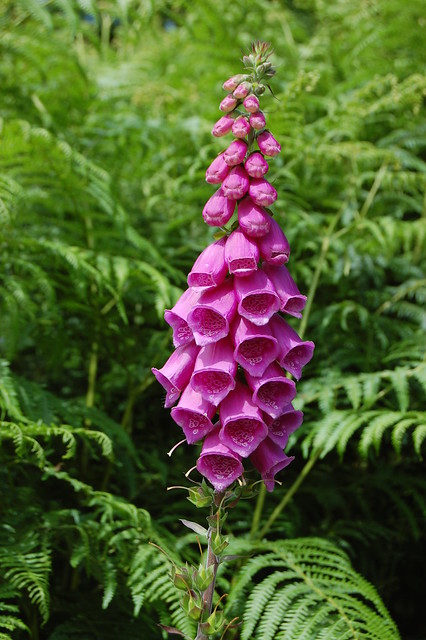 Carnasserie Castle is a ruined tower situated on a hill just north of Kilmartin village.  It was built in the 16th Century by John Carswell, later the Bishop of the Isles, whose main claim to fame is that he published the first ever book in Gaelic.  The Castle was blown up by Royalist troops in the 1680s as retaliation for a later owner supporting the rebellion against James II and VII.  It has, therefore, been a ruin for several centuries.  Apparently it is a spectacular example of architecture of its period but that is not something I know anything about. 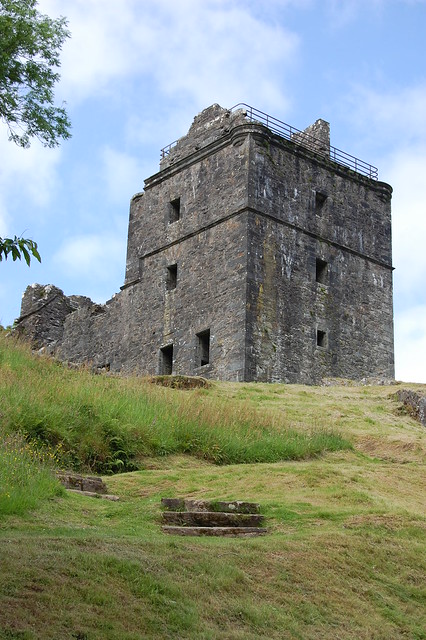 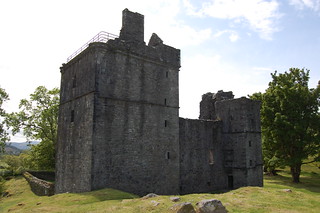 My kids love running around in the walled courtyard garden and scurrying across the hillocks at the rear of the castle – which sometimes gives me palpitations since the drop from some of them is really quite steep.  What they especially love, however, is the castle interior with all its imaginative play possibilities.  In addition to large spaces, there are two towers, one at each end of the castle.  These are accessed by spiral stairs which open up into other rooms before spiralling upwards again.  My mountain-goat-children whizz up these steps in no time at all which always makes me feel queasy as it means they reach the open roof before I do.  The way they leap around at such heights – especially the youngest one who has neither fear nor an ability to undertake any sort of risk assessment – makes my knees wobble.  They also love the cellar – which contains a well – and that is a much safer venue for play but, alas, they prefer the higher areas of the castle. 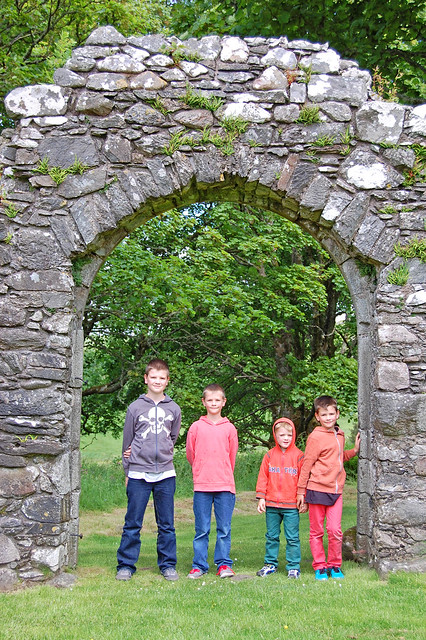 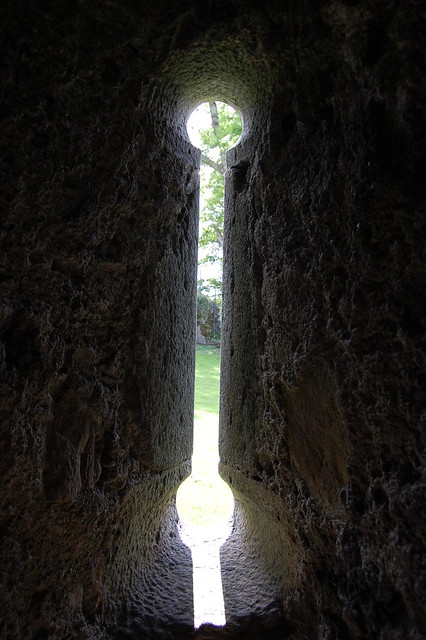 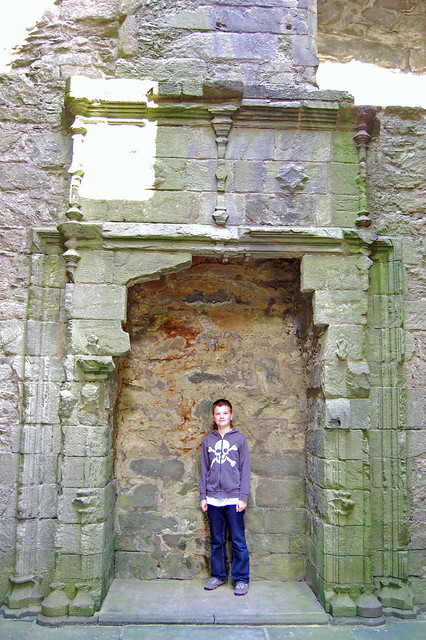 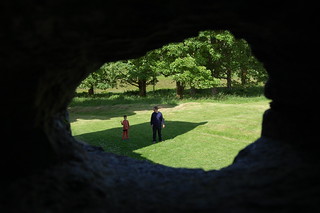 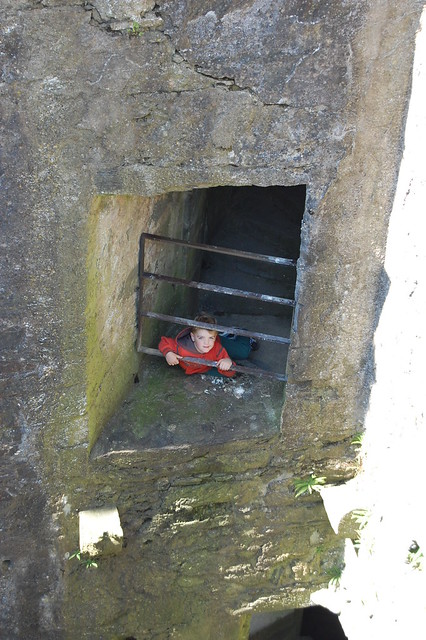 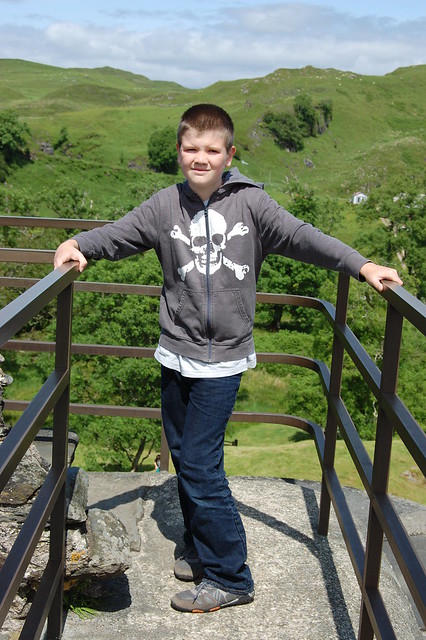 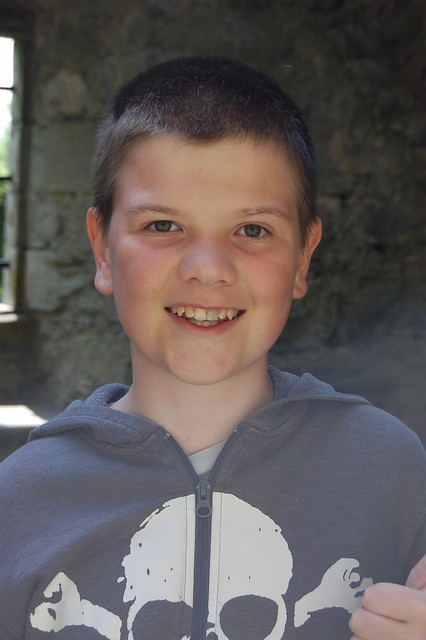 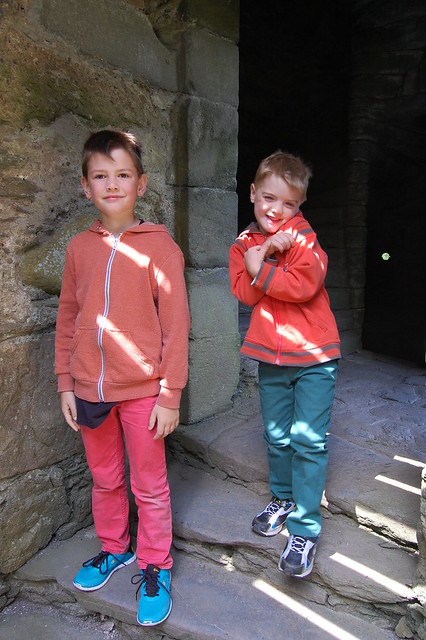 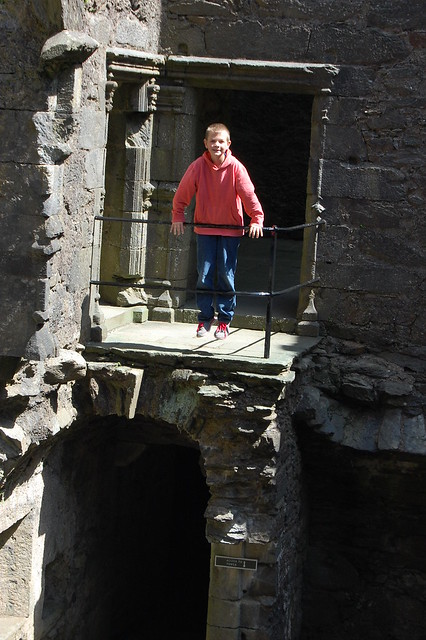 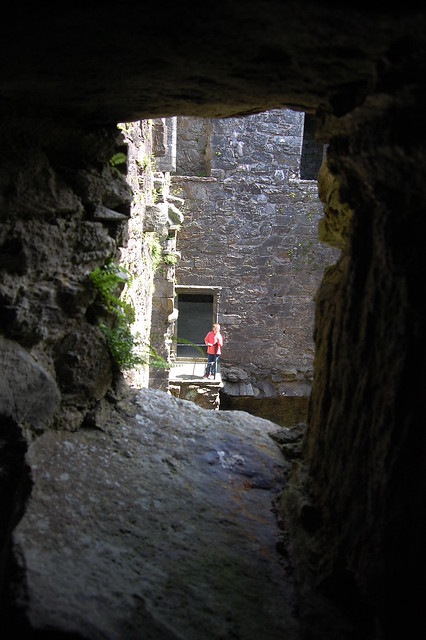 8 thoughts on “Back to Blighty #12 – Carnasserie Castle”