Note: The photos illustrating this particular blog post were taken on our journey to Lochgilphead rather than being of Lochgilphead or Ardrishaig.

Over 22 months since departing from our home, we returned to Argyll.  As soon as we started crawling along the side of Loch Lomond, I instantly felt my spirits rise.  It was lovely to be among the hills, glens and lochs again.  The dramatic landscapes, the way the changing light skiffs across the hills, definitely made me feel like it was a Homecoming.

We stopped off for breakfast at Luss, on the shore of Loch Lomond.  I have actually only ever stopped at Luss once before.  Because we were always on a mission to get somewhere or else to return home, it never made sense to take that little detour.  The one time I did stop there was in the back of an ambulance when I was in labour with my oldest son so that I could violently vomit.  Ah, happy memories.  Luss is a tourist trap full of coach tours of overseas visitors.  As such, we knew we could rely upon the little shop and cafe to provide us with some full-on Scottish munchies.  It did not disappoint.  We had baps* all round.  Eggs, lorne sausage**, British bacon*** and haggis were consumed with relish and gusto – not all in the same bap mind.  I had egg and vegetarian haggis, something I have not had in over two years.  It fair tickled my tastebuds.  While I would never normally permit my children – or any of us – to have soda for breakfast, washing down our baps with bottles of Irn Bru was a must.  Goodness how we have missed Irn Bru. 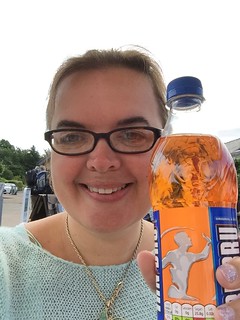 Suitably fuelled for the day ahead, we forged further into Argyll.  We stopped off at the Rest and Be Thankful for nostalgia’s sake.  The Rest and Be Thankful is a pass through the Arrochar Alps at the head of Glen Croe.  The original pass was built by the military in 1753 and gains its name from the fact that weary, physically exhausted travellers could reach the top of their ascent and rest and be thankful.  That original road, which runs parallel to the modern road, is sometimes put into use as a diversion when landslides block the route.  That’s the thing about nostalgia, you see: when we lived in Argyll, the Rest could often be a source of aggravation and hassle whenever landslides closed the road and led to lengthy detours by secondary roads or by ferry; but returning as a visitor I could just focus on the breathtaking splendour of the scene without even thinking about the pain in the bahookie that stretch of road could be to us in times past. 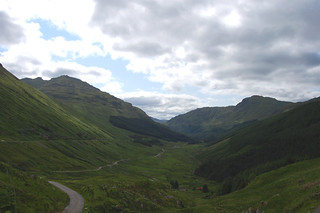 Finally we arrived in Lochgilphead and it was a strange sensation.  There was almost a sense of autopilot, that we should take certain turns in order to arrive home as we always did, but of course we no longer have a home to go to there.  We were home and yet we were not home.  A very peculiar feeling indeed.  Indeed, the children were a little perturbed and upset by the sight of our former home.

What was lovely, however, was to be back in such a friendly community.  It was impossible for us to walk anywhere in the two days that we were in Mid-Argyll without bumping into people who wanted to say hello to us, find out how we were faring and just generally have a good blether.  That was something I always enjoyed about living a Lochgilphead: there was always someone to have a natter with when out and about, even if it was just to complain about the incessant rain or the ferocity of the midgies.  More generally, I miss the sense of community we experienced living there and all of the groups and organisations we were involved in.  Living in the suburbs of a major city means that the locus of life is so very different to what we had become accustomed to after over a decade of living in such a small population centre. 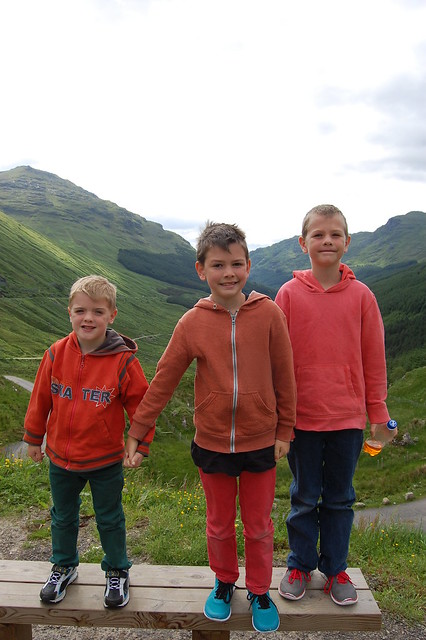 For the two days that we were in Mid-Argyll, we were tightly scheduled to meet up with a cornucopia of friends.  It was overwhelming to know how many people wanted to meet up with us or have us visit them.  We were made welcome everywhere we went – and I drank so many cups of tea that my eyeballs were swimming in my head – and we were touched by how many people had altered their schedules and amended their plans in order to accommodate our visit.  The parents of my 9 year old’s best friend had actually come back from vacation early just so our boys could get as big a chunk of time together as possible, which ended up involving a sleepover.  We were really bowled over by the generosity of spirit of all of our friends. 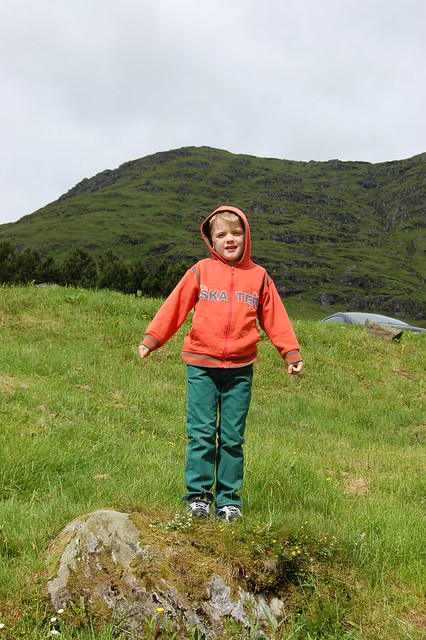 Again, it was weird not having a home to invite people to.  Instead, we took over the lounge area of the hotel we were staying in overnight.  It was a wee bit like running a drop-in clinic as various friends appeared in order to spend the evening chatting with us and catching up.  So that I could chinwag in peace with all my mum friends, a trio of dads trooped fourteen kids off to a local playpark where they ended up doing circuits of the field in order to avoid the midgies. We do not miss the midgies. Not one bit.

Regardless of whether we were meeting with friends at the hotel or at their houses, the feeling was the same: it was as though we had been away for two weeks on vacation and had just returned rather than having been away for almost two years on a permanent basis.  All our friendships just fell back into their usual rhythms, even the common topics of conversation.  A few friends have been over to America to visit us, of course, but even with those who we have had more sporadic contact with in the time since we have left it was just a case of picking right back up where we had left off, like there had only ever been a brief lull in conversation.  It was a very comforting and comfortable feeling.

We were also very pleased to see the way in which our children just slotted back into their friendships.  Given their ages, they don’t have the same degree of access to online communications as we do to help us keep connected to friends back home but somehow they just snapped right back into things.  My 8 year old has had the same best buddies literally since he was born so it was especially lovely to see them all together again, playing away as if they had never been apart.  My six year old Romeo was also reunited with his Juliet and they got to spend an afternoon together which was adorable and warmed the cockles of my soul. 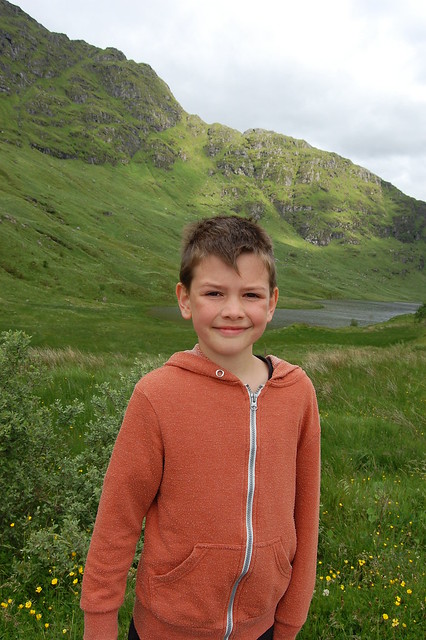 So our visit back home that was no longer our home but which felt rather like coming home was a great success.

*I realise that I had best explain that a bap is a British word for a small bread roll designed to be filled.  More specifically, our baps were Scottish breakfast rolls which have a nice crispness to them while the interior is soft, light, fluffy and yeasty.

*** British bacon is back bacon unlike the streaky bacon my kids have had to become accustomed to since moving to the US.