Tucked away in the middle of nowhere on a road not far from Anstruther in the East Neuk of Fife stands what would once have just looked like a totally unassuming, small farmhouse.  The house, however, is a tricksy little facade because deep beneath the building – over 100 feet underground – are two bunkers, one on top of the other, each the size of a football pitch.  It was a nuclear bunker* dating from the Cold War, designed to house a regional government in the event of some sort of nuclear catastrophe.  Mr Pict and I had been to the secret bunker in Essex but this was our first time visiting the one in Fife and it proved to be much more polished. 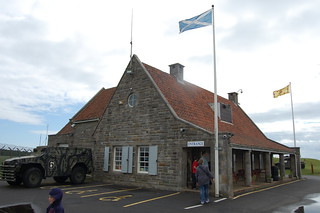 After entering the farmhouse, we travelled down the once-concealed, dimly lit 450 foot tunnel and passed through massively thick blast doors.  Immediately inside the bunker, the space opened up.  It was clear this space had been intended to house large numbers of personnel – military, political and civilian  – and had been a huge operation to construct and create.  It was quite a labyrinth and we – the Picts plus my Mum – wiled away quite some time exploring.  Had we not had the kids with us, we could have spent even longer there reading all of the information that was provided and watching two Cold War era films.

There were a number of command centres dotted throughout the bunker.  A few had those large perspex screens for writing and plotting on, just like you see in disaster movies, and map tables with pieces that could be moved around to symbolise the locations of various things, such as bombs or troops, as are depicted in many war movies.  In the event of a nuclear emergency, this is where the location and force of bombs would have been recorded and where decisions would have been taken regarding evacuations and counter attack.  Everything in these rooms was authentic, either original to this bunker – simply abandoned when it was decommissioned – or recreated using original items gleaned from other Cold War era sites.  Obviously I have no expertise with such things but it certainly looked authentic to my untrained eye.  It all had that well worn look complete with piles of unfiled papers and other office type detritus.  I also enjoyed seeing the communications rooms, essentially a broadcasting studio operated by the BBC.  This would enable transmissions to be made in the event of a nuclear crisis and contact made with other locations, other bunkers. 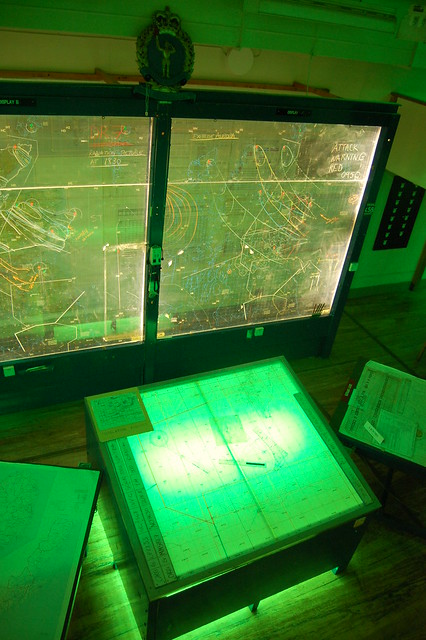 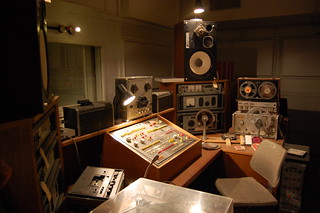 The dormitories were interesting too.  There were military camp style bunk beds in large rooms, each resident allocated a tiny bit of space in which to house their possessions.  Even the beds would not have been your own as a “hot bed” system operated.  One would sleep in the bed and then vacate it when going to work so that someone on a different shift could sleep in the same bed.  That skeeves me out.  I guess material possessions would not matter much in the event of nuclear fallout but the idea of not having my own personal space would be aggravating I think.  Worse, the idea of having to share a room with that number of people in such claustrophobic conditions would drive me batty.  That said, I am sure potential residents were screened to ensure they had the right temperament and tolerance levels required for the job.  I wouldn’t have been let through the blast doors.  Up to 300 people could be housed in this bunker.  Can you imagine having to live constantly side by side with the same 300 people for years?  I am way too anti-social and introverted for that lark.  I definitely would have been left to perish.  Of course, the head honchos had their own private spaces but I definitely would not have made the cut to be one of those. 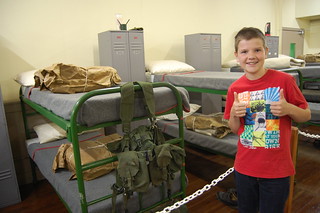 We also saw a radar room filled with equipment that had actually detected some of the last interceptions by the Soviet Union into Britain’s airspace and a medical room complete with a white coated, stethoscope wearing skeleton which my boys particularly liked.  There was also a room filled with telephony equipment.  Back in the day, my Mum had been a telephone operator using the exact same equipment as was on display so it was a blast from the past for her.  She was also able to teach my boys how the whole thing worked so that was fun.  The boys also thoroughly enjoyed getting to try on bits of uniform and – perhaps the biggest highlight as far as they were concerned – meeting the resident cat who proved to be very friendly.  We also saw rooms filled with (deactivated I assume!) weaponry and ammunition from the era and spaces housing all the engineering equipment required to circulate air and extract air.  We learned that the air inside the bunker could be completely changed every fifteen minutes using this filtration system.  Pretty nifty stuff.  The exterior of the site housed an array of vehicles from the Cold War era, a pretty impressive collection. 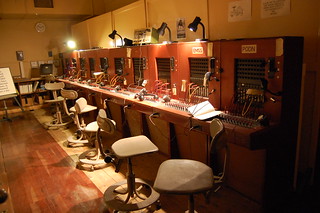 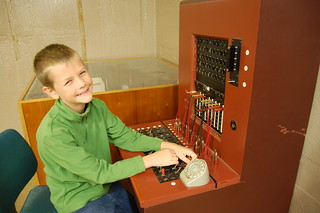 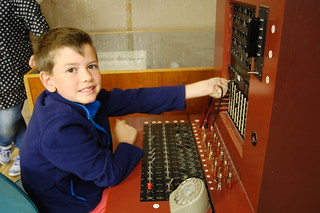 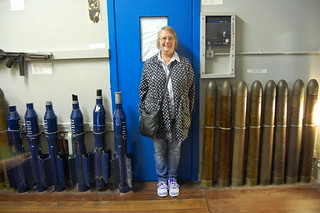 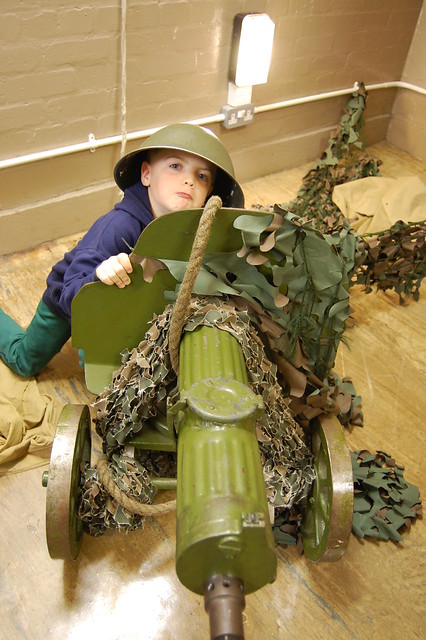 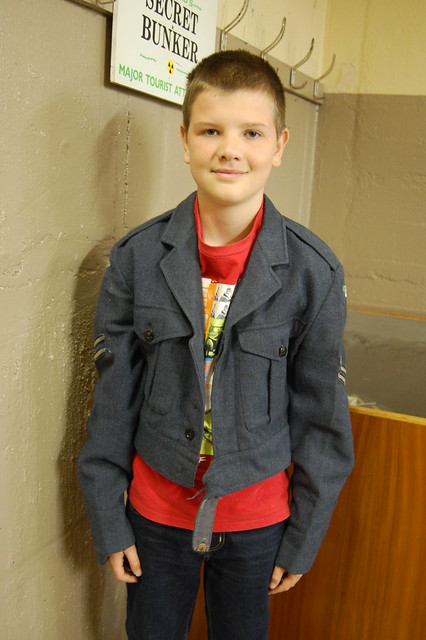 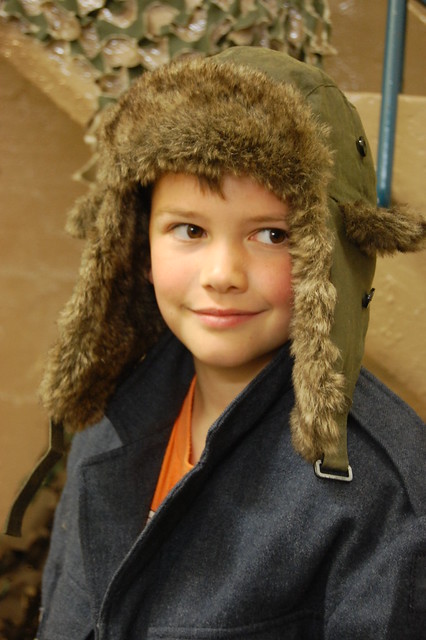 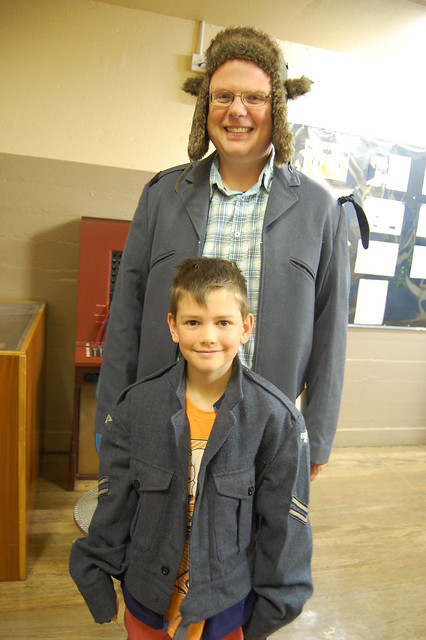 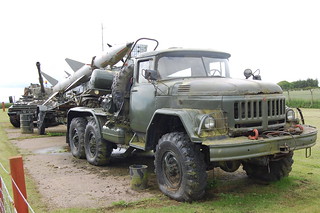 The Secret Bunker has earned the epithet of being one of Scotland’s top tourist attractions and I think the praise is well-deserved.  My Mum, who had been before, noted that the recent refurbishments had made vast improvements on what was there previously.  It is a highly informative time capsule of that period of history (I hesitate to refer to it as history given it was operational within my lifetime) and manages to convey something of the anxiety surrounding nuclear weaponry, the tension between West and East and the chilling atmosphere that accompanies the possibility of nuclear apocalypse.  Off the beaten track as it is, I very much recommend a visit.

*I think this is what Americans would call a Fallout Shelter, though perhaps that only refers to smaller scale, domestic sized shelters.

11 thoughts on “Back to Blighty #9 – Scotland’s Secret Bunker”