My in-laws only live fifteen minutes away from Stonehenge but incredibly only the oldest one of our children has been.  Having not predicted that we would emigrate until we were caught up in the whirlwind of actually emigrating, we had always assumed that we would have ample time to take the younger kids when the time was right.  Oops.  It was, therefore, on our Absolutely Must Do list for our trip back to Britain.

Since our last visit to Stonehenge, the brand, spanking new visitor centre has been opened.  It has changed the access point to and orientation of the site – which is much better – and means they can have far more engaging displays and information available.  Frankly, the old visitor centre was very minimal and dated.  Given the fact that Stonehenge is one of Britain’s foremost historic sites and one of its most visited tourist attractions, it was quite shambolic.  The new visitor centre is much more impressive, much more fitting.

The exhibition centre incorporates a 360 degree panoramic video that places the visitor in the centre of the standing stones as the seasons pass.  It was an effective introduction since the seasonal aspect of Stonehenge’s useage is one of the few things archaelogists properly understand about its function.  There was also a gallery that housed various explanatory exhibits and items excavated from Stonehenge and the surrounding area.  I was particularly moved by the reconstructed face of one of the men buried at the site and I was very interested by the fact that scientists could detect that livestock were brought to Wiltshire for slaughter all the way from Scotland.  It was fascinating and focused, the perfect amount of information for people visiting with children who were champing at the bit to get outdoors. 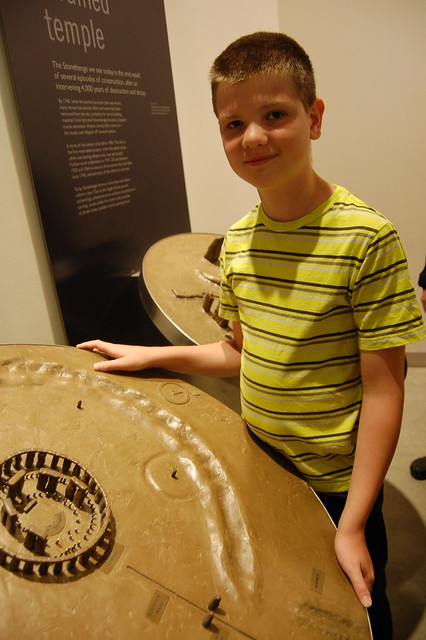 The exhibits continued outside with examples of saracen and bluestone – the two types of stone used to construct Stonehenge – and a demonstration of how they might have been moved to and across the site from such a great distance.  There was also a mock up of a neolithic village.  My boys had fun playing house inside each of the huts. 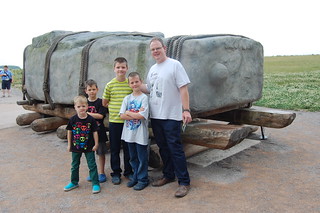 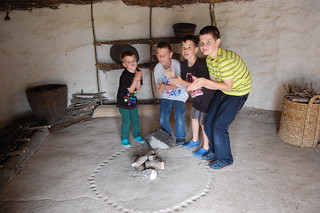 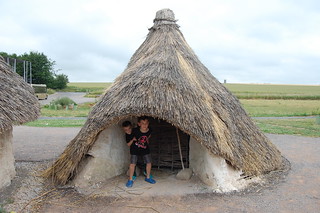 A quick shuttle bus ride then took us to Stonehenge itself.  Viewing the site had always been a frustrating experience.  Unlike standing stones in Scotland, it was always roped off to -understandably – protect it but the rope barrier was so close up to the stones that it was almost always impossible to get an unimpaired view because of all the people crammed around.  Now the rope barrier appears to have been moved back which then pushes the milling, teeming crowds back and allows the whole set of stones to be seen without having to peek between torsos or over heads.  Much better. 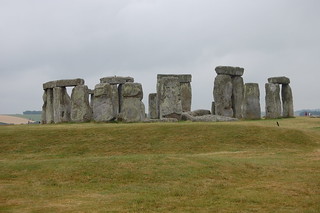 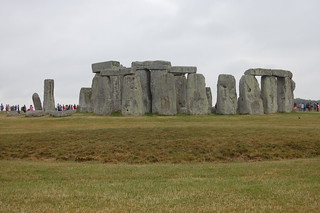 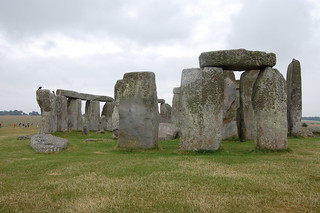 Confession:  I don’t really “get” Stonehenge.  I appreciate how iconic it is as a representation of neolithic Britain and its archaeological significance.  However, I don’t find it as engaging and captivating as I feel I ought to.  I think it may be because I find it challenging to engage with something that is still so mystifying, all theorising and conjecture.  It may also be because I have been spoiled by growing up in Scotland where it is possible to get up close to standing stones, simply malingering in farm fields.  I suppose,therefore, that Stonehenge is just physically and academically distancing.  That said, Stonehenge is incredibly cool and I do believe everyone – absolutely everyone – should see it at least once.

4 thoughts on “Back to Blighty #6 – Stonehenge”