For reasons I will probably commit to a future blog entry, my Great-Grandfather is buried in Calverton National Cemetery on Long Island.  In fact, the primary reason for building a stay on Long Island into our vacation was to visit his grave as it made sense to do so when my Mum (his granddaughter) was visiting America.  My last visit to Long Island was before I had uncovered the location of his final resting place so, therefore, the final day of our family vacation was committed to my first visit there.  Our travels had intersected quite a lot with Mr Pict’s family history but this was a day for my own family history.  Of course, it was historical in only the loosest definition since my Great-Grandfather died when I was ten.

A couple of summers ago, Mr Pict and two of our boys had spent more hours than expected in a cemetery in London searching for and eventually finding the grave of another of my Great-Grandad’s.  That cemetery had been vast but Calverton National Cemetery was on an even more massive scale.  To indicate how expansive it was, our sat nav app actually identified roads within the boundaries of the cemetery.  Using a map I had downloaded from the relevant website, we easily made our way to the correct section of the cemetery.  Then, using the clearly indicated grave numbers on each brass plaque, the boys ran off in search of their Great-Great-Grandad’s grave with our 8 year old successfully finding it in short order.  Although I did meet him once and have a very misty memory of him, I really know very little about my Great-Grandad.  He was estranged from his wife and daughters and was, therefore, never really part of our family.  To mix my metaphors, although he is clearly an important section in the trunk of my family tree, in terms of family history it is as if he is a little island off on his own, not especially intersecting with the other branches and buds, discovered but unexplored.  Frustratingly, because he is a recent ancestor, one who died within living memory, it is also difficult to access documents about him and begin to piece together the parts of his life.  He’s rather an enigma.  As I stood at his grave, three generations of his descendents gathered together, really the only emotion I felt was that sense of frustration that I did not know more about him, that I wish I had the anecdotes that would breathe some life into him. 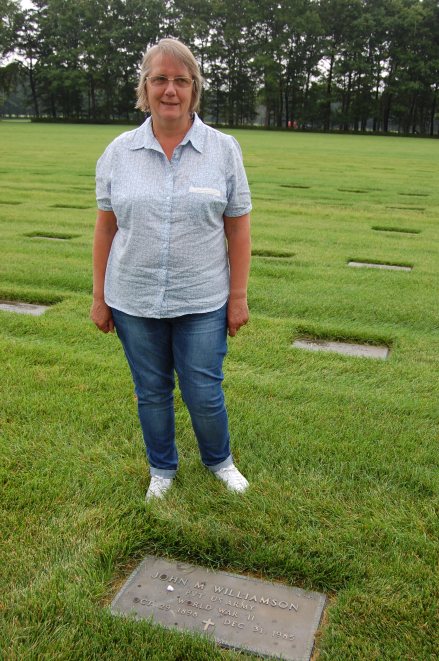 With a whole afternoon spare, we decided to head off to Coney Island since none of us had ever been there, not even Mr Pict.  As someone who is nerdy about the history of sideshows, I wish the title of this blog entry served to indicate that my Great-Grandfather had some connection to Coney Island but there is none.  The only connection is that we somehow reckoned it was appropriate to do something as solemn as visiting a grave in a Veterans’ Cemetery immediately followed by a trip to a boardwalk, beach and fun fair.  Such ying and yang is the stuff of life.

We managed to find a parking spot really close to the boardwalk so within minutes of arriving my children were running around and we were all having a relaxing stroll along the promenade.  We partook of some munchies from Nathan’s famous hot dog stand, people watched and the older boys buried the youngest Pict in the sand and then sculpted the resulting mound into the form of a mermaid.  Really, it wasn’t a merboy as they opted to give it boobies.  Kids!  I was very excited to be at Coney Island, not just because of the whole sideshow thing but also because of other episodes from history and popular culture.  Mr Pict and I knew that there used to be a massive elephant somewhere on Coney Island, an actual building that was shaped like an elephant.  Just because.  It had been a hotel, tourist attraction and brothel.  The architect must have been either a genius or a madman.  Mr Pict had it in his head that it still existed so he asked a brace of cops for directions.  You know that old adage that whenever you are lost you should always ask a police officer because they will know the answer?  Well not only did neither of these police officers have a clue as to its location but they had never even heard of it.  Mr Pict was puzzled.  I googled.  It had burned down in 1896.  No wonder the cops didn’t know anything about it: we were a bit late.  A more tragic tale of a Coney Island elephant, of course, relates to poor, sad, brutalised Topsy.  Topsy was a maltreated circus elephant who was condemned to death after killing her trainer.  So it was that in 1903, the inventor Thomas Edison, engineered the electrocution of the pitiful animal at Luna Park.  It was a spectator event and was filmed to be viewed by even more people.  I also knew of Coney Island from the cult 1979 movie ‘The Warriors’.  It’s one of my guilty pleasure movies so I am not going to argue that it is a stellar piece of film-making with weighty themes but if you have never seen it then I urge you to do so nevertheless.  It depicts a near future – so probably a 1990 that never was – in which tribal gangs defined by elaborate costumes are battling against each other in New York City.  When one gang, the Warriors, are accused of assassinating a kingpin, they must fight their way through the city streets and back to the safety of their home base, which happens to be Coney Island.  Seriously, I recommend it. 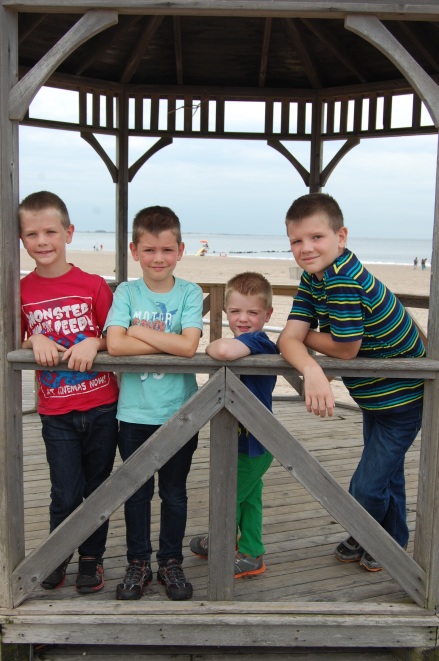 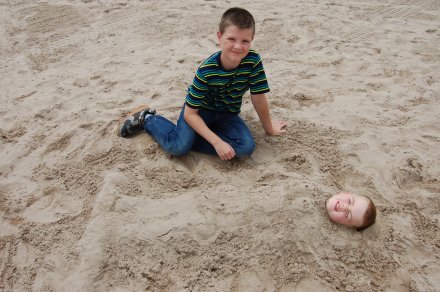 Obviously the major attraction at Coney Island is the fairground rides so it would have been lax of me as a parent to not allow my kids to have a turn on a ride.  Our time was limited, as per the parking meter, so they were permitted to choose one ride each.  The 5 year old chose a little aeroplane ride, though he wanted to do something more adrenalin-fuelled, and the 8 year old chose a shooting gallery which resulted in him winning a penguin.  The 11 and 7 year olds, however, opted to do something more adventurous.  They chose a water flume ride.  At first it was all smiles but, as soon as the log boat climbed higher, the 7 year old began to look stricken and by the time the log hurtled down the watery slope and splash-landed at the bottom he was virtually hysterical.  Poor wee guy. 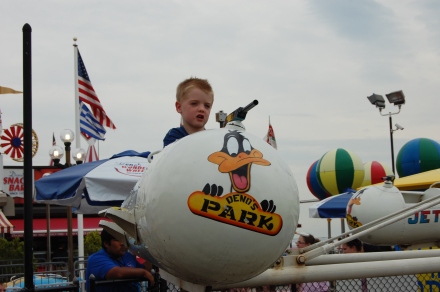 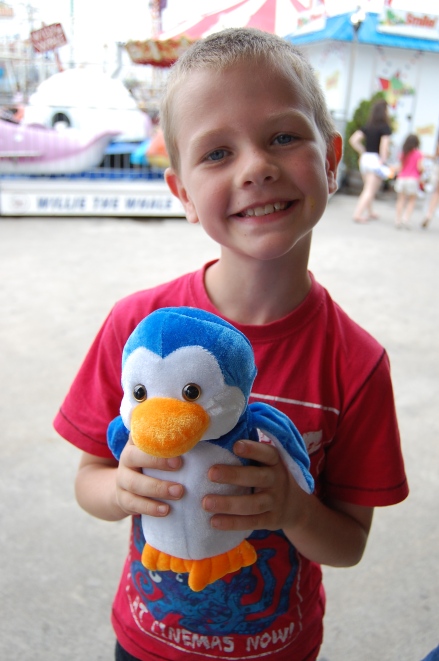 And thus our family vacation literally did end with a splash.